Home » Girl is raped by 4 boys: 2 yrs later, her mother makes a terrible discovery in the bathroom

Girl is raped by 4 boys: 2 yrs later, her mother makes a terrible discovery in the bathroom
Josephine
Josephine

Being a teenager is often a hard time in a person's life. Your body is changing, you're struggling to find yourself, and you care too much about what others think.

Some people remember their teenage years as a fun time in their lives, but many would like to forget about their time in middle school and high school. Why? Because children can be awful to one another and have not yet learned to take full responsibility for their actions.

Rehtaeh Parsons from Darthmouth, Nova Scotia, Canada was only 15 in 2011 when she attended a party with a friend. Unfortunately, the party would be the beginning of hell for the young girl — a hell that would eventually end in tragedy.

Rehtaeh was raped by four classmates that night. To make matters worse, one of them photographed the abuse and spread the photos around their school.

Rehtaeh did not dare to tell her mother, Leah, right away. But, a few days later, she broke down.

Leah immediately drove her daughter to the hospital, but no one was interested in helping Rehtaeh.

The police didn't even question the boys about what happened that night, and no effort was made to track down the phone that contained the photographs.

Meanwhile, Rehtaeh's life became a living hell. She was bullied both in school and online, and everyone, even her friends had turned on her. In addition to having to live with the emotional scars of the horrible event, she was reminded of what happened, every single day.

For example, she would get messages from students asking her for sex. Her life was terrible and she was struggling to get through each day.

"They never left her alone. She had to leave the community. Her friends turned on her. People harassed her … It never stopped,” Rehtaeh's mother told CBS.

She was depressed and withdrawn. Eventually, things became so bad that Rehtaeh no longer wanted to live. 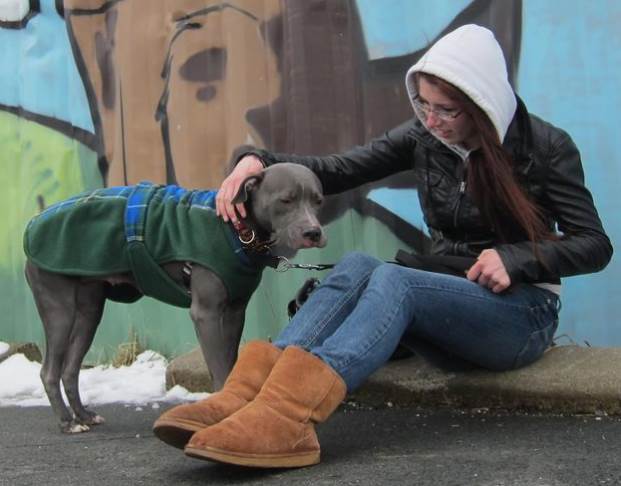 17 months after the attack, Rehtaeh killed herself in the family's bathroom. By the time her mother got there, it was too late.

Rehtaeh had serious brain injuries and was taken to hospital. A few days later, her parents decided to turn off the machines that kept their daughter alive. The chance that she would wake up again was almost nonexistent.

The police never charged a single person. They claimed that there was insufficient evidence.

Rehtaeh's father, Glen Canning, said his daughter died of disappointment, rather than being bullied to death, because neither the school nor the police did anything to help her.

Over and over, we hear stories about children that are bullied, but are unable to get the help that they need.

Their parents do everything in their power, but no one wants to listen. And the bullies get to go to school and live their lives as if nothing happened.

We must do something to change this. I never again want to hear that a child has taken his or her own life because they felt that society had abandoned them.

Even if you're not a teacher, principal, or police, we can all contribute to making the world a better place for our children. Pay attention to your children and their problems. Ask children how they are feeling, and set a good example through your own actions.

You can make a difference.

Share this article if you agree that we need to do more to fight bullying and to ensure that the bullies are punished, not the victim!