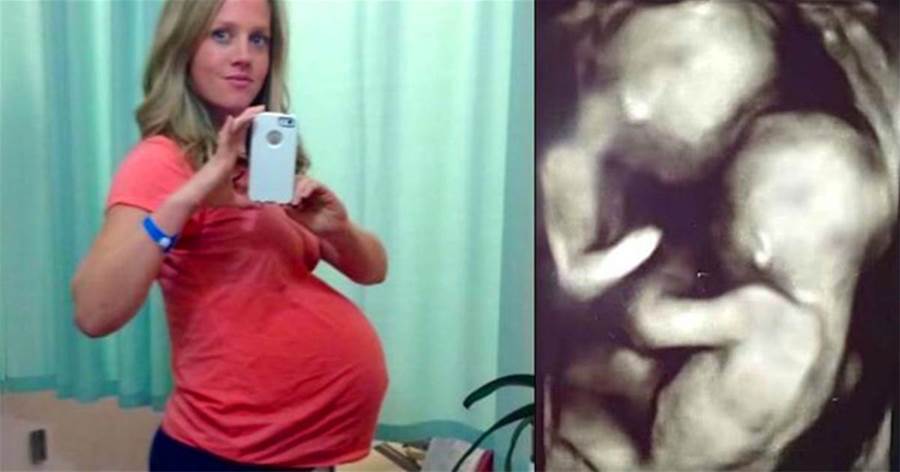 For happy couples, finding out that you're pregnant can be one of the most exciting times of a lifetime. When this Canadian couple found out they were expecting twins, they were just as ecstatic as could be. After trying to get pregnant for quite some time, couple Lisa and Darren Hansen were more than happy to find out they weren't just pregnant with one child, but a second one.

However, throughout all the joys that come with a pregnancy, something dark was lurking around the corner. After doctors conducted many different ultrasounds, they were extremely concerned with what they saw.

When Lisa Hansen discovered she was pregnant with twins, she was one happy mom-to-be. But after a few concerning ultrasounds, there was something extremely rare that perplexed doctors. 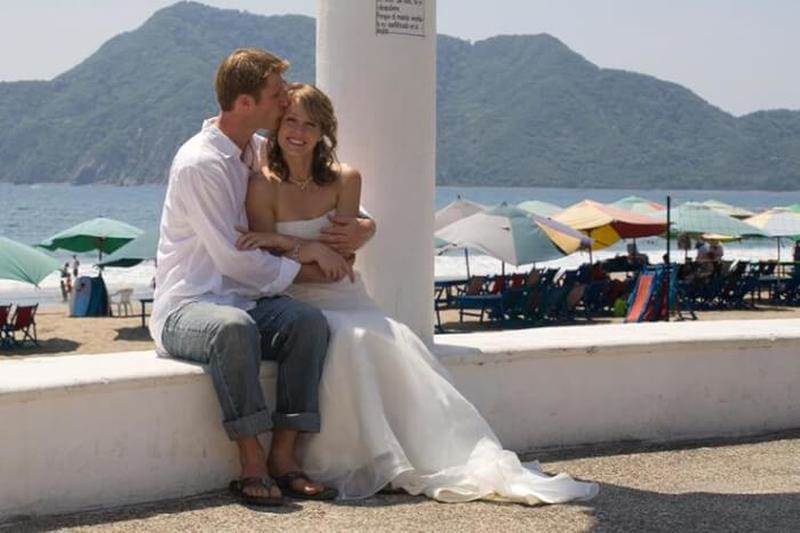 After years of trying to conceive a child, Lisa and Darren were exciting to find out one of their many-taken pregnancy tests came back with positive results. At first, everything looked as if it was going to be a smooth pregnancy, but once things progressed, bad news soon followed. 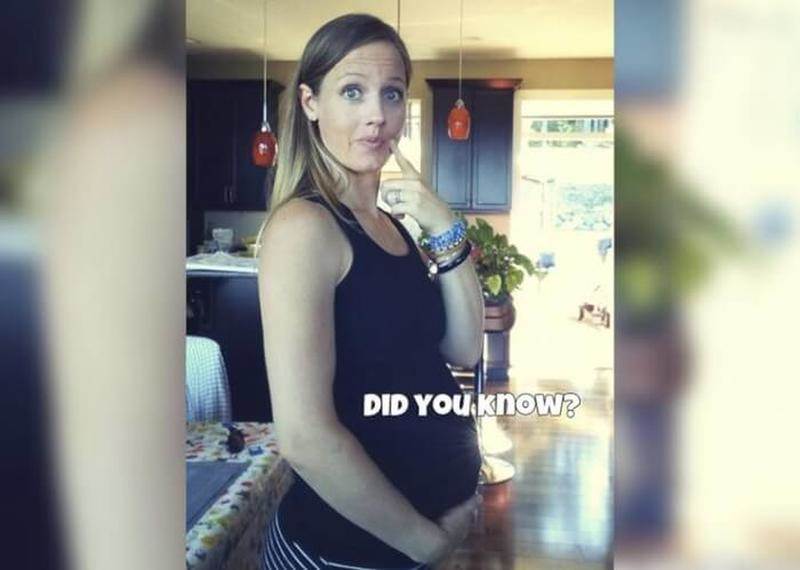 When the couple went in for Lisa's nine-week ultrasound, it was the first time they found out they were pregnant with twins. They couple was very happy with this new finding, however, the next bit of information the doctor gave them was something they couldn't believe was a reality. 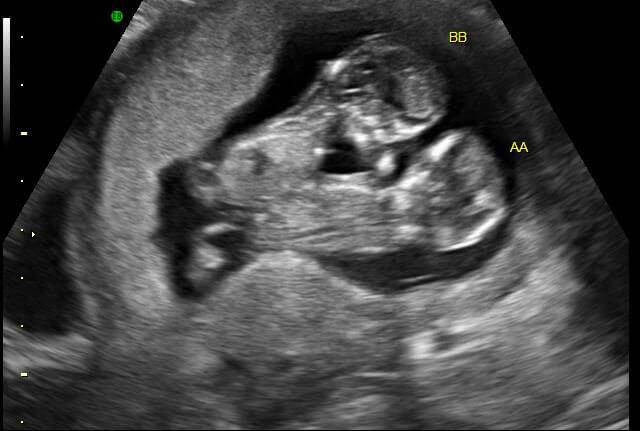 The Unveiling Of The Ultrasound

After careful review of the ultrasound, doctors at the British Columbia Women's Hospital & Health Centre found out that the twins Lisa were carrying were not normal twins but Monoamniotic-Monochorionic ("MoMo") twins.

Monochorionic-Monoamniotic twins are caused by an already fertilized egg that embeds itself into the uterus and then splits into two eggs, which then turns into twins. Often called "MoMo twins", the chances of a pregnancy like this are 1 in 60,000, making Lisa's pregnancy with her twins a very rare occurrence.

Not only do Monochorionic twins share the same placenta, but they also share the same amniotic sac. This is different from most twins because they usually their own sac, but these type of twins have to share, which can be worrisome.

Twins Together In The Same Amniotic Sac

When a pair of twins share an amniotic sac, all sorts of risks are at stake. First off, when they share the same sac they're also sharing the same blood flow and aren't protected from bumping into one another, due to the absence of a wall. Second, when two umbilical cords are in the same sac, the risk of entanglement is huge. The umbilical cord is vital for each baby's health, as the cord bring them oxygen and nutrients.

Under Constant Supervision Of Doctors 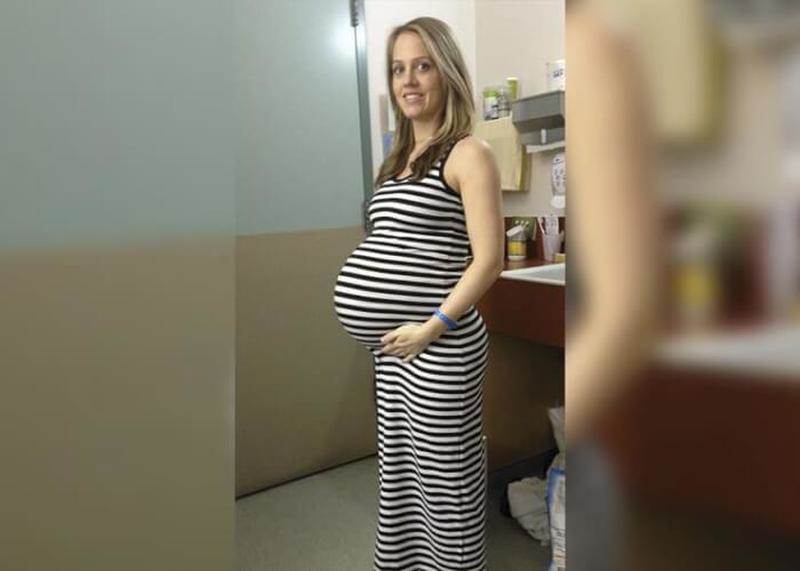 Because her pregnancy was so risky, Lisa went under full-time care in the hospital while she was just five months pregnant. For four months, she would have to stay in the hospital under constant supervision of doctors to ensure a safer pregnancy. During her stay, Lisa had to have up to three ultrasounds daily to make sure things weren't turning for the worse. 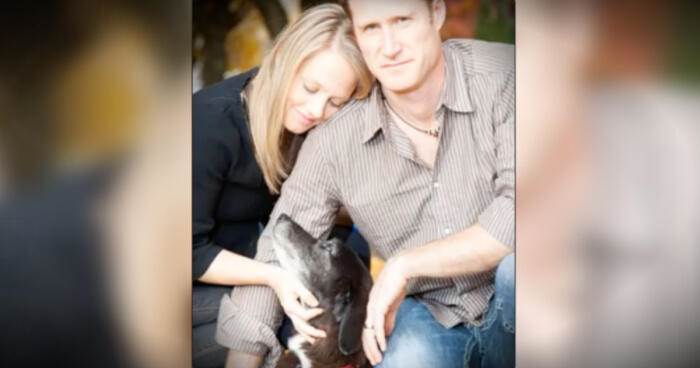 As if they already weren't under enough stress as it is, Lisa and Darren lost their beloved dog while enduring the pregnancy. After the death of their dog, Lisa wrote from her hospital bed, "At 30 weeks we were heartbroken to say goodbye to our very senior and sick fur baby". 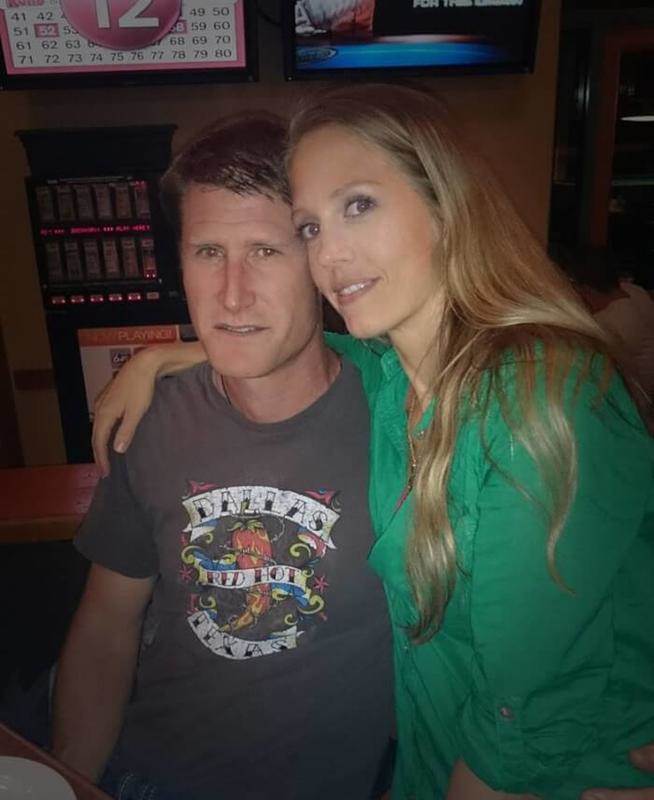 Prior to their pregnancy, Darren had taken a long-term job away from home, which caused more stress in Lisa. But they did get to keep in contact through phone calls and emails. Not only was Lisa and Darren's story being heard in their local hospital, but now all over the world thanks to Lisa writing a new blog about her unique experience. Toward the nine month mark of her pregnancy, Lisa wrote in her blog, “Nine days till I get to see our babies and six till I get to see Darren! I am so excited. I try to remain calm and not get worked up but it is hard, I feel calm but my body is wound up.”

The Day Has Arrived 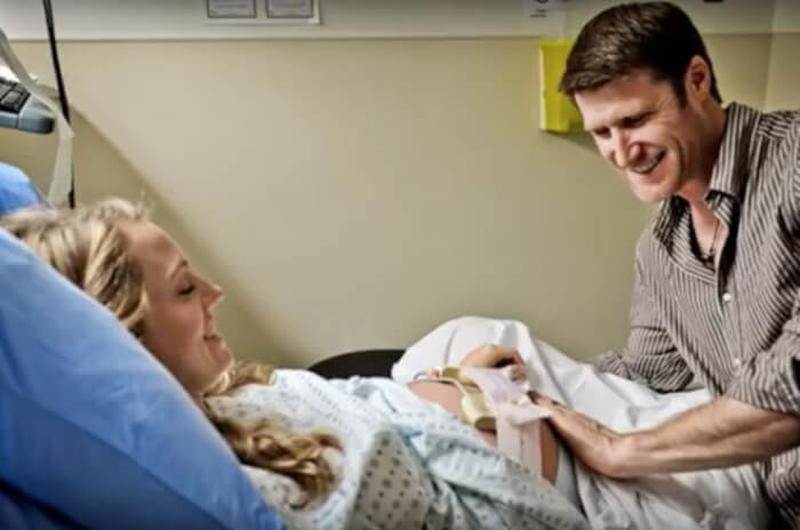 At 32 weeks, Lisa started going into labor. She needed to have a cesarean section and was ready as anyone could be in a situation like hers. The first newborn baby was successfully pulled out, and it was a girl! And then shortly after, a second girl was removed with the same success. Although they both came out weighing under four pounds, they were healthy girls, but still needed to be kept in the intensive care unit. Lisa and Darren named their new daughters Piper and River. 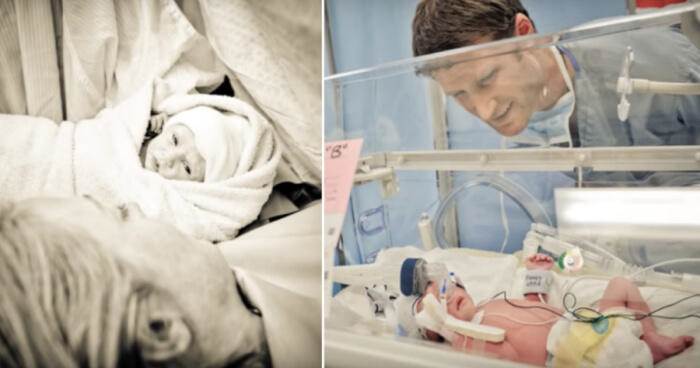 Because the babies were so underweight, they couldn't breathe fully on their own. Piper and River were placed in incubators to assist their breathing. But eventually, they were ready to be held by their parents. 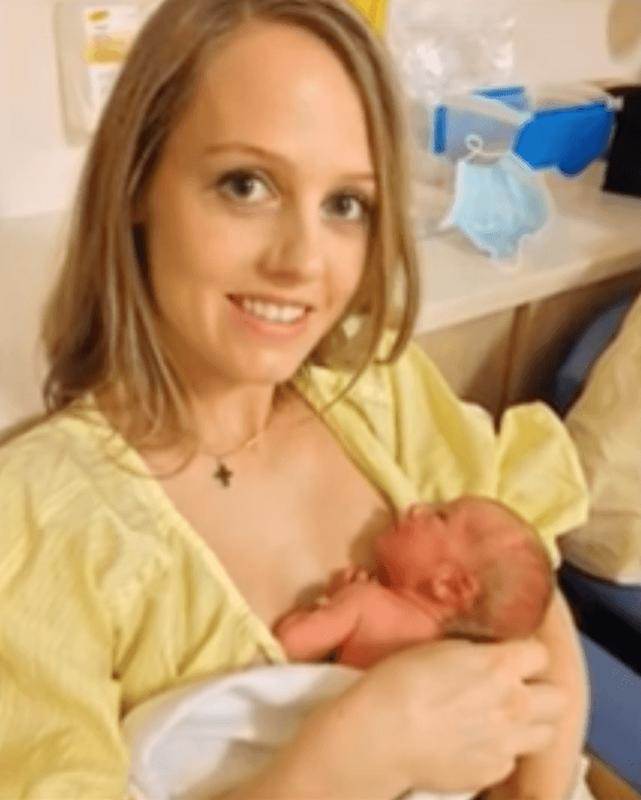 Right after the twins were born, Lisa wrote on her blog, "Twins are tough cookies to take care of. I estimated the amount of 'down time' in the 12 hours I cared for them, and it was three. Three hours to eat, pump and sleep because I can tell you this, that's all this girl is going to do". She was overjoyed to have little girls, explaining, "Holy smokes, I am going to be a tired mama, but oh so happy, I can't wait.” 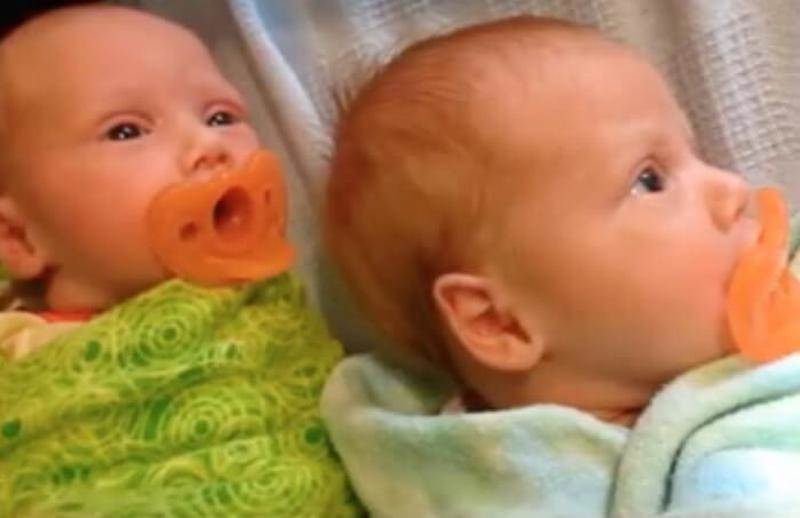 Because Lisa was in the hospital for such a long period of time, she missed out on a lot of celebrations in the outside world. And although the twins were already born, her friends felt it was appropriate to throw her a baby show post-birth. It's a great way to celebrate, anyway! 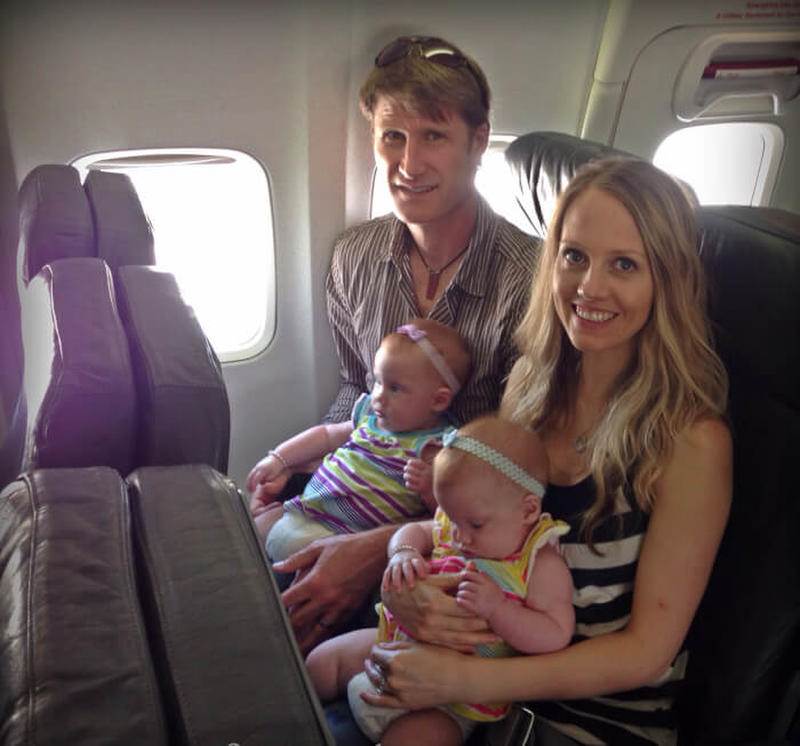 Lisa was so excited to share to the world that her daughters were finally coming home. She wrote on her blog, "The twins were born prematurely at 32 weeks to avoid the risk of umbilical cord compression and entanglement. A week after birth they were transferred from Vancouver Neonatal Intensive Care (NICU) to Abbotsford NICU and now they are COMING HOME". 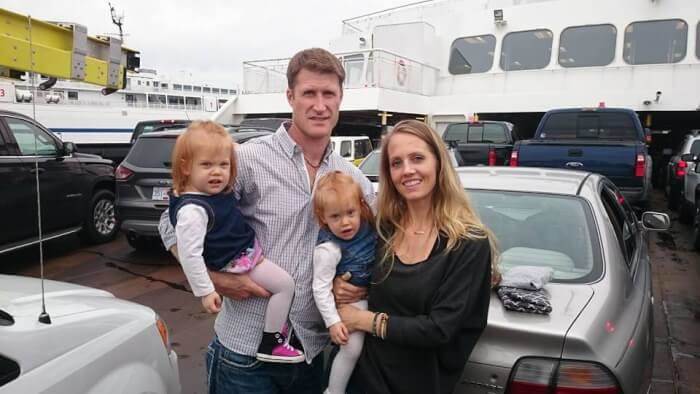 With all the stress the family endured, they eventually received recognition from the media. They Hansen's were so happy to receive so many positive messages from people all around the world wishing them well.

When the rise in popularity of the Hansen's came so quickly, so did the influx of positive messages from supporters. One note to the family read, "Such a touching story of your family welcoming your two miracle baby girls into the world. May God bless your family and you on a new addition to your family!” 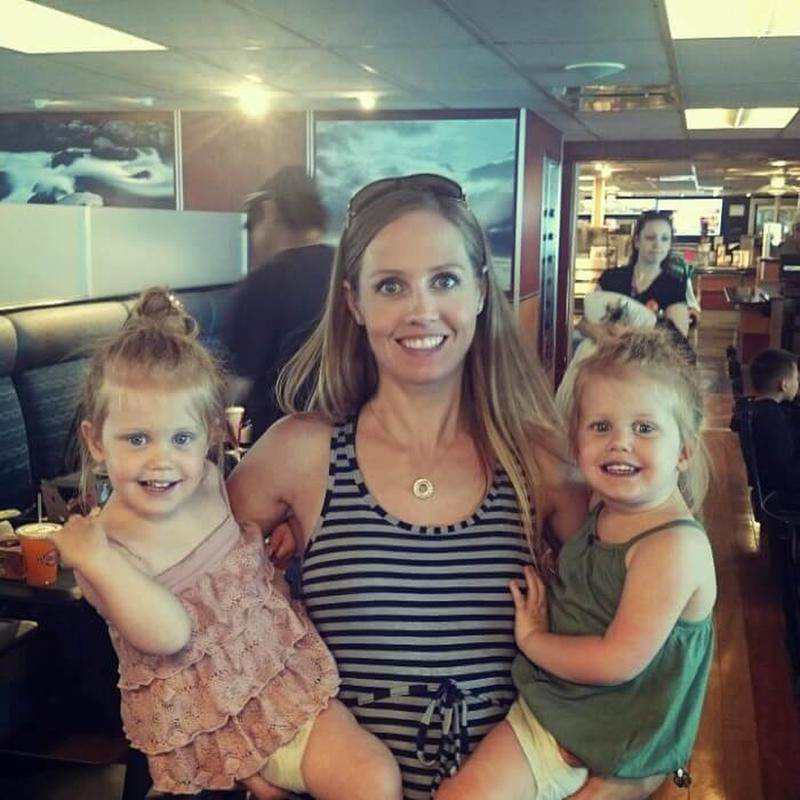 After a year of healthy living, the family got to celebrate Piper and River's first brithday. The day of their first birthday, Lisa wrote in a post online, "Our whole journey together started out like a roller coaster ride but now it's like a cruise into the sunset. That doesn't mean every moment is easy but with all the scary stuff so far behind us now, it feels like easy sailing." 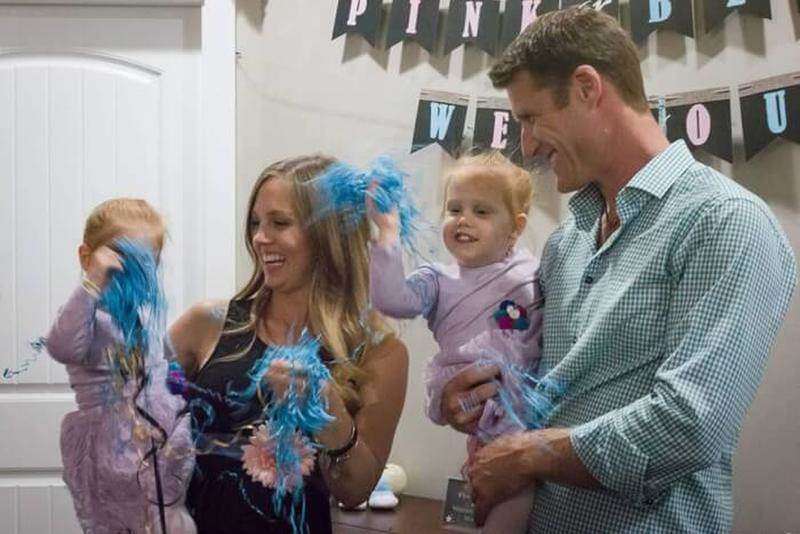 Once the twins were two and a half years old, they found out they were going to be older sisters! In July of 2016, Lisa announced that she was pregnant with a baby boy. However, yet again, some sadness marred the Hansens' pregnancy. 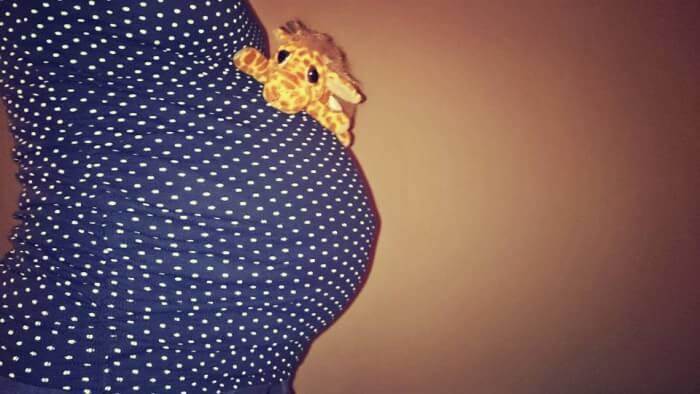 During Lisa's first ultrasound, she was curious to learn whether she would be expecting another set of twins. However, the doctor told Lisa that while it looked like there had been two embryos at one point, now only one baby could be detected. After the news, Lisa wrote on her blog, "On the drive home it really hit me and I just cried thinking about our lost baby and my survivor who will grow up without the amazing twin bond that my girls share," Lisa shared. "I know they won't feel that loss that I feel for them but it still hurts because I see what my River and Piper have.” 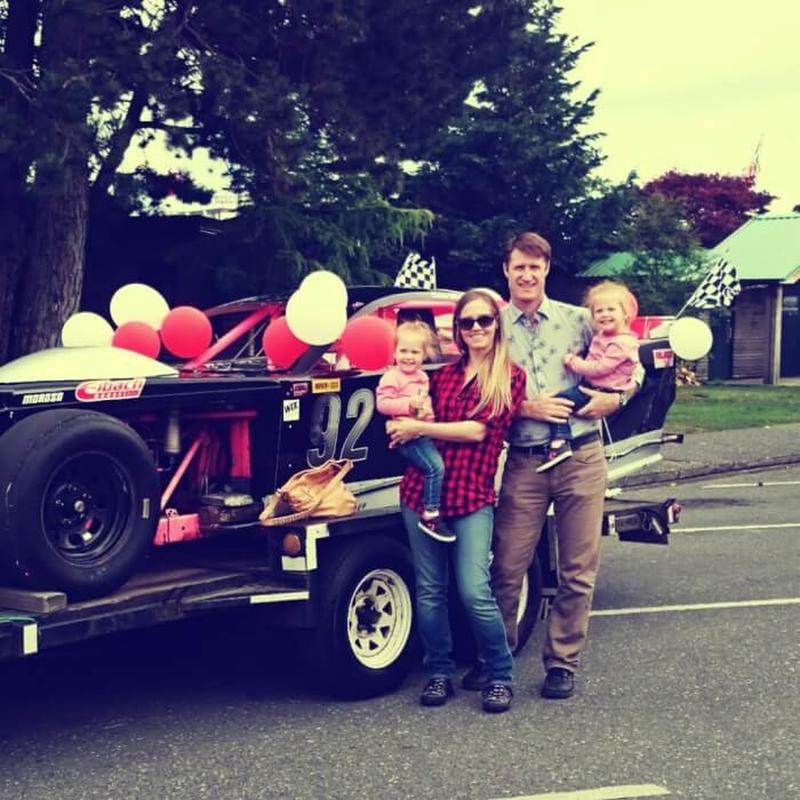