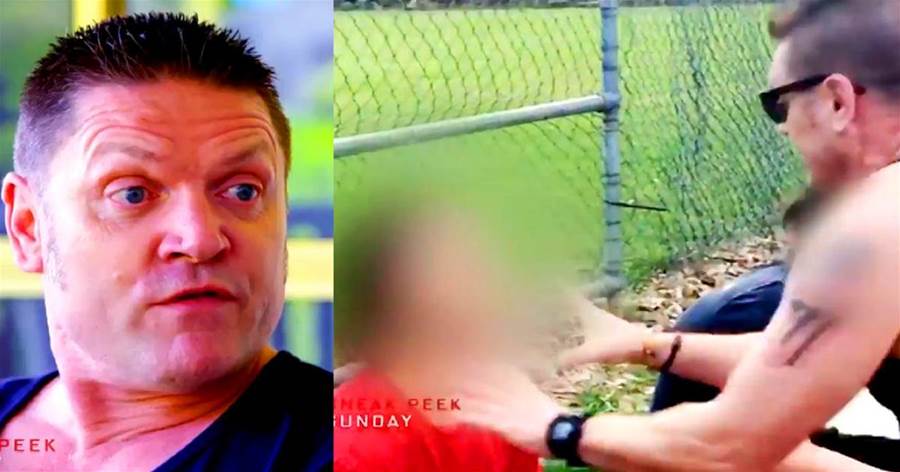 Last month, 53-year-old Mark Bladen from Brisbane, Australia, met up with a 14-year-old boy who had been bullying his stepdaughter to try to resolve the issue.

In a recent interview with  Australia, Bladen's unnamed stepdaughter claimed that the boy had been calling her names like "gorilla," sending her insulting gifts, and tormenting her relentlessly.

Bladen revealed that he originally planned to give the kid a "good old-fashioned talking to." That plan went out the window when the teenager "smiled at [him]," causing the dad to snap. 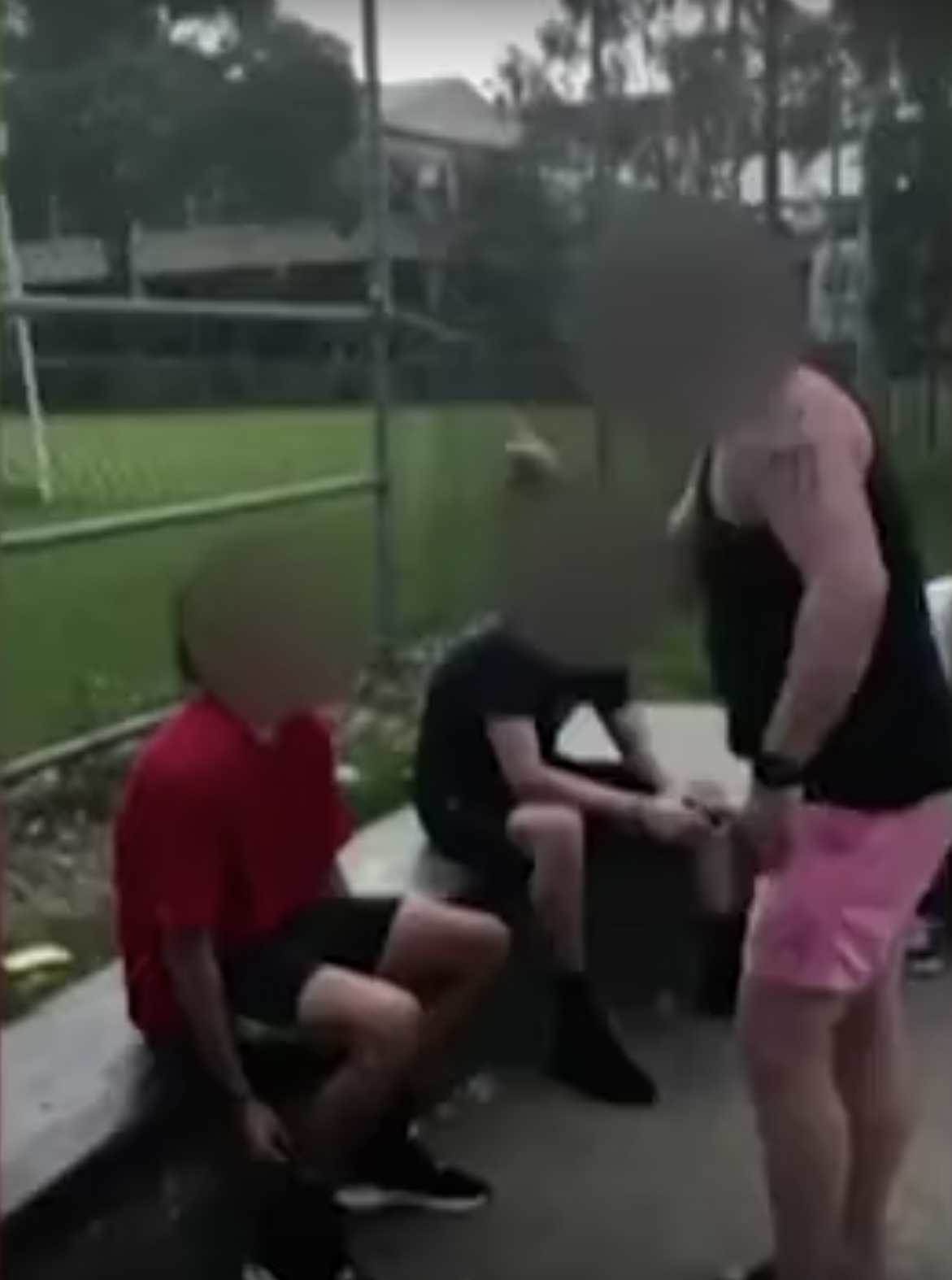 In only a split second, Bladen went off the rails, grabbing the 14-year-old by the neck and choking him.

The video clearly shows the kid squirming and trying to get Bladen off of him. The struggle goes on for a few seconds before the teenager's friends forcefully pull Bladen away yelling, "Get the f*ck off him, get off him!"

Bladen wasn't finished, though. Even after he was pulled off the boy, they continued to fight, with the dad dragging the boy by the leg.

"I'm not proud of it," he recalled. "I was sucked in, I let my standards drop and, you know, Doctor Jekyll came out."

"We live in a day of PC, political correctness, and I hate it," he continued. "When I was young, you treated a lady like a lady… so it's not hard to have respect for somebody."

His stepdaughter Kalani, 15, told the broadcast she was being bullied for her body hair, pushed and was spat on over the course of six months. While she kept most of the details from her family, one afternoon she called her stepfather crying and told him the bully was at a local skate park.

"I was OK with it… I don't like to see my daughter sad and crying and telling me that she's useless [and] she can't do anything," Kalani's mother Jennifer told the show. Both parents said the bullying has stopped and after the encounter, Bladen was fined $1,000 but criminal no conviction was reported, 9 News reports.

And although he regrets his actions, Bladen told the show he still doesn't think he was a bully, "I would say that I was out of order."

Parenting expert Julie Romanowski in Vancouver says while it is important for parents to step in if their child is being bullied, this is not the way to do it.

"I think a parent helping their child through their distress is extremely heroic, however, not in the manner that this father did. This was not a situation where more physical aggression is the solution. Heroic in intention, not heroic in action," she tells Global News.

She adds parents can help the child overcome the issue or their help can exasperate it.

"The key thing here to remember is to help 'guide' the child through the situation in a responsible, proactive and positive manner," she continues. "This is challenging because when faced with an attack on your child, most parents are emotionally invested and can 'react' from that emotional place versus 'respond' from a connected perception. Reacting on that emotion or becoming emotionally attached, can turn negatively quite quickly.”

Parenting expert Tia Slightham of Toronto agrees and adds we shouldn't be labelling this father as a hero.

"Stepping in is 'heroic' as he is helping to take a stand against bullying and helping others see how hurtful and scary bullying can become. When the father acts out with aggression and becomes physical, it's at this point in which it went too far," she tells Global News via email. "At this moment he stepped down to the same level of the bully and in a way was doing the same thing to him as the bully was to his daughter."