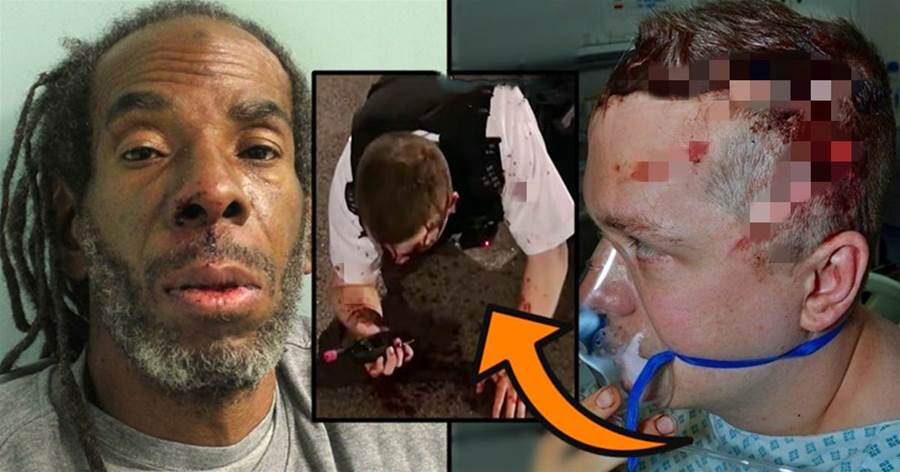 While being brutally hacked by a man with a machete, a police officer tased the attacker in order to stop the bloodshed, undeniably saving his own life. However, as he was recovering from his injuries, a female lawyer came forward to demand that the court punish him for using “excessive force.” 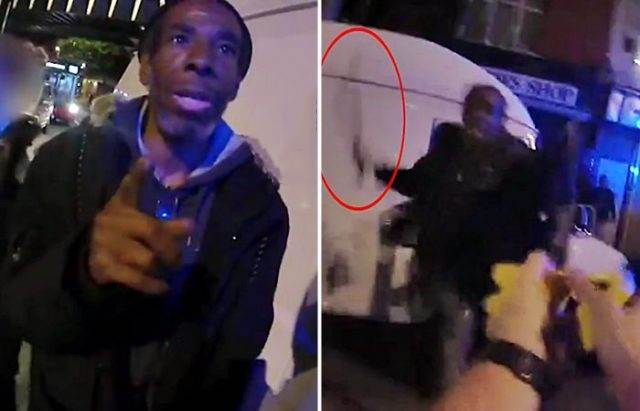 A man with a machete attacked a police officer who is being accused of using “excessive force.”

A routine traffic stop turned into a nightmare for a pair of London police officers after pulling over a belligerent handyman. Metropolitan Police Officer Stuart Outten, 29, and a female colleague stopped Muhammad Rodwan, 56, in his utility van in Leyton for having no insurance. However, the driver, who has previous convictions for rape and two prior machete attacks, wasn’t about to comply.

While resisting officers, Rodwan returned to his van and grabbed a 2-foot-long machete before suddenly launching a vicious attack on Outten. He then punched the officer and began hacking away at him with the blade, causing serious wounds to his head and arms. It was then that Outten had to make a split-second decision that meant the difference between life and death. 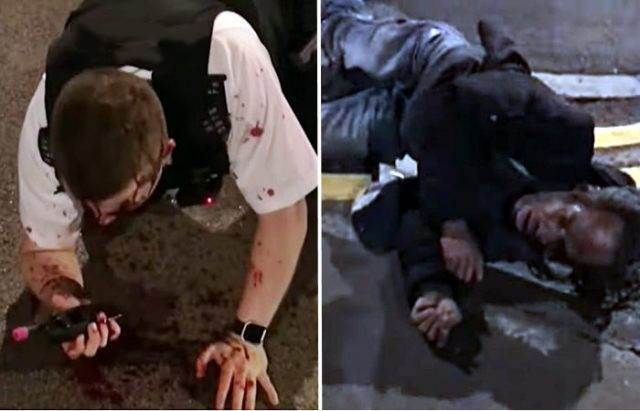 Officer Stuart Outten defended himself by using his Taser on Muhammad Rodwan. 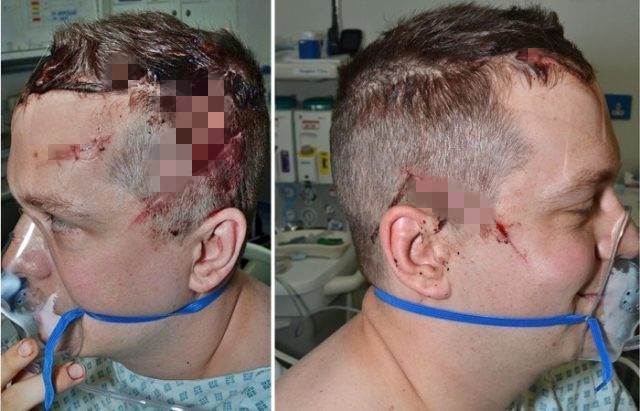 Officer Outten pulled out his Taser and hit Rodwan with life-saving voltage, which fortunately stopped the butchery. Incredibly, despite his deep gashes in his head and face, broken fingers, and a mutilated arm, the officer managed to restrain his attacker before falling to the ground and in a puddle of blood.

Even though Officer Outten was considered a hero for taking down the machete attacker, his battle is far from over. In fact, not only is his method of policing being brought into question but he’s also at risk for being held responsible for the violent attack. 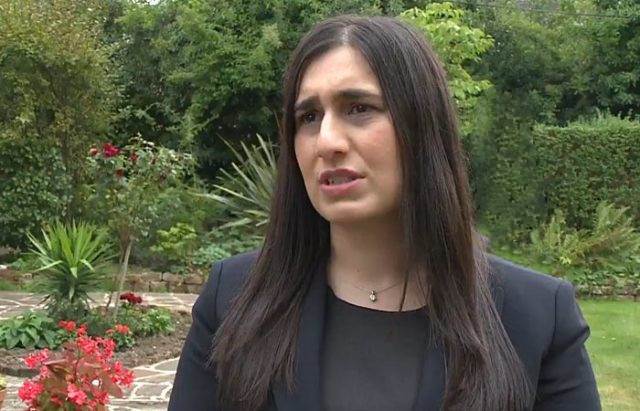 Attorney Sophie Khan is demanding that the officer face charges of “assault and battery.”

The Sun reports that attorney Sophie Khan has accused Officer Outten of using “excessive force” on an innocent man who was simply acting in “self-defense.” On Twitter,  the lawyer sparked controversy by questioning why the Metropolitan Police “haven’t started disciplinary action against PC Outten for assault and battery on Muhammad Rodwan.

Outten said, “On that night I was just doing my job, doing what I’m trained to do, but more importantly making sure I didn’t die, because that was a distinct possibility had the attack carried on. Once he’s started hitting me in the head with the machete, then I realised it was escalating very quickly and I was having to now fight for my life.”

Khan claims that Outten’s use of a Taser was unnecessary and cruel, adding that “there remains a risk to public by police misuse of Taser.” She argued that the officer was guilty of violating Rodwan’s civil liberties and ought to be placed under investigation.

While Officer Outten hasn’t been charged with assault and battery, as Khan insists, her defense of Rodwan’s violent attack proved successful in court. Rodwan was cleared of attempted murder and possession of an offensive weapon, despite nearly killing his victim and having two prior machete attack convictions, including one in which he nearly severed a man’s hand. To the public’s surprise, the jury only found Rodwan guilty of wounding with intent.

Disturbingly, Rodwan’s history of violence and sexual assault was kept from the jury after the judge ruled the documents inadmissible. Rodwan later told the court, “My life is worth more than his life,” insisting that he had every right to kill Officer Outten. 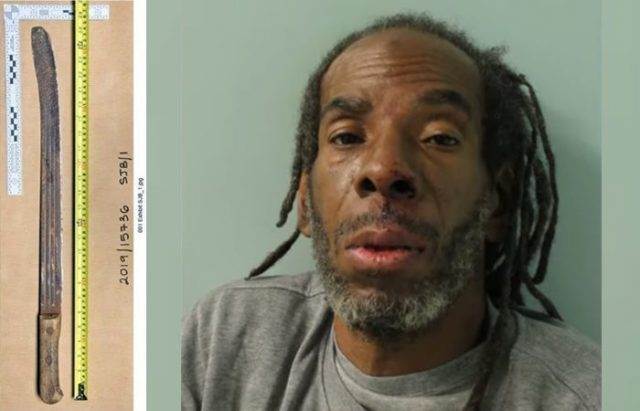 Muhammad Rodwan, who has previous convictions of rape and two other machete attacks, was cleared of attempted murder.

Fortunately, Officer Outten’s department has come to his defense. There is no foreseeable investigation into his response to Rodwan’s attack, as the bodycam footage has already cleared him of wrongdoing.

Met Police Federation chairman Ken Marsh said, “This police officer stopped a man lawfully and politely asked him to get out of the vehicle because he did not have insurance. He responded by getting out a machete and brutally attacking him and my colleague very nearly lost his life. If it wasn’t for that Taser, he would have died. These comments are utterly despicable – she is not only inciting violence, but she is condemning a hero who detained a dangerous offender while he was fighting for his life.”

Khan has stuck by her claims that Officer Outten must be punished for using his Taser to stop what easily could’ve been his murder. Fortunately, his attacker faces life in prison even after he was acquitted of two more serious charges.