Home » ‘She’s white. Is that okay?’ Without hesitating, my husband said, ‘She needs a home. Her race isn’t relevant.’: Foster parents adopt 3 children in 7 months, ‘Families don’t have to match’

‘She’s white. Is that okay?’ Without hesitating, my husband said, ‘She needs a home. Her race isn’t relevant.’: Foster parents adopt 3 children in 7 months, ‘Families don’t have to match’
Antonia
Antonia

“When I was a little girl, I always wanted to be a mom. It was the one thing I was sure of. My mother died when I was five years old, and the few memories I have of her shaped me to be the mother I am today.

I met my husband, Patrick, in 2006 at 18 years old and we married very quickly. We knew since the beginning we wanted to start a big family right away. I come from a pretty big family. I am one of six and my husband is an only child. In 2009, we got serious about having children. I did everything, including taking my temperature and drinking pineapple juice during my fertile window. After seeing the negative pregnancy tests so many times, I thought for sure God was telling me being a mom was not in my cards.

We took a long break from 2011 to 2015. We weren’t trying, but we were not preventing anything either. During that time, we moved from Washington to Florida, back to Washington, and then to Arizona where we stayed for about two years. In 2015, we moved back to Washington and hit the ground running with trying for a baby again. We started to see a specialist and we did three rounds of IUI, which all failed.

A friend of mine who has a foster mom reached out to me a couple of times because she wanted to talk to me about fostering. Patrick and I always talked about adopting but we thought it was something that would never happen. My husband grew up in a home where his aunt was a foster parent, so he knew a little bit about foster care. I declined to speak to my friend a few times because I was scared to open the door to fostering. Like a lot of people, we were uneducated about how the foster care system worked. About 6 months passed and she reached out to me again. She said, ‘Our state needs more good foster homes. Children are sleeping in hotel rooms right now.’

By the end of the conversation, I was 100 percent onboard with pursuing foster care. I just had to convince Patrick. We met with my friend again, this time with her husband. Patrick was able to get a male perspective on foster care. We prayed and together we decided to sign up for training. In January of 2017, we started training and we were officially licensed in June of 2017. Our family was so supportive of our decision to foster, they knew how long we prayed about having children so they could not wait for us to help the community.

On July 12, we received a call from the placement desk. I was at work and I ended up missing the call. I called my husband immediately and said, ‘They have a placement for us, call them back now!’ There was a sweet little 15-month old who needed relocation. Her current foster mom was going back to school and she only took short term emergency placements. The social worker on the phone said, ‘She’s very shy and she has attachment issues.’ She paused for a second and then said, ‘She’s white. Is that okay?’ Without hesitating, my husband said, ‘She needs a home, right? Her race is not relevant.’

Within the hour, we were given the number for her foster mom and made arrangements to welcome her into our home the next day. We were so nervous and we also thought it was so odd the exchange would happen between us, with no social worker involved. The next day when she walked in, we saw a scared little girl who didn’t understand why she had to be uprooted from her then placement. She cried for what seemed like 24 hours. She would not let me put her down. At the end of the night, I was so emotionally drained. I almost thought I made a mistake by taking her in. I thought to myself, ‘What the heck did we just do?’ 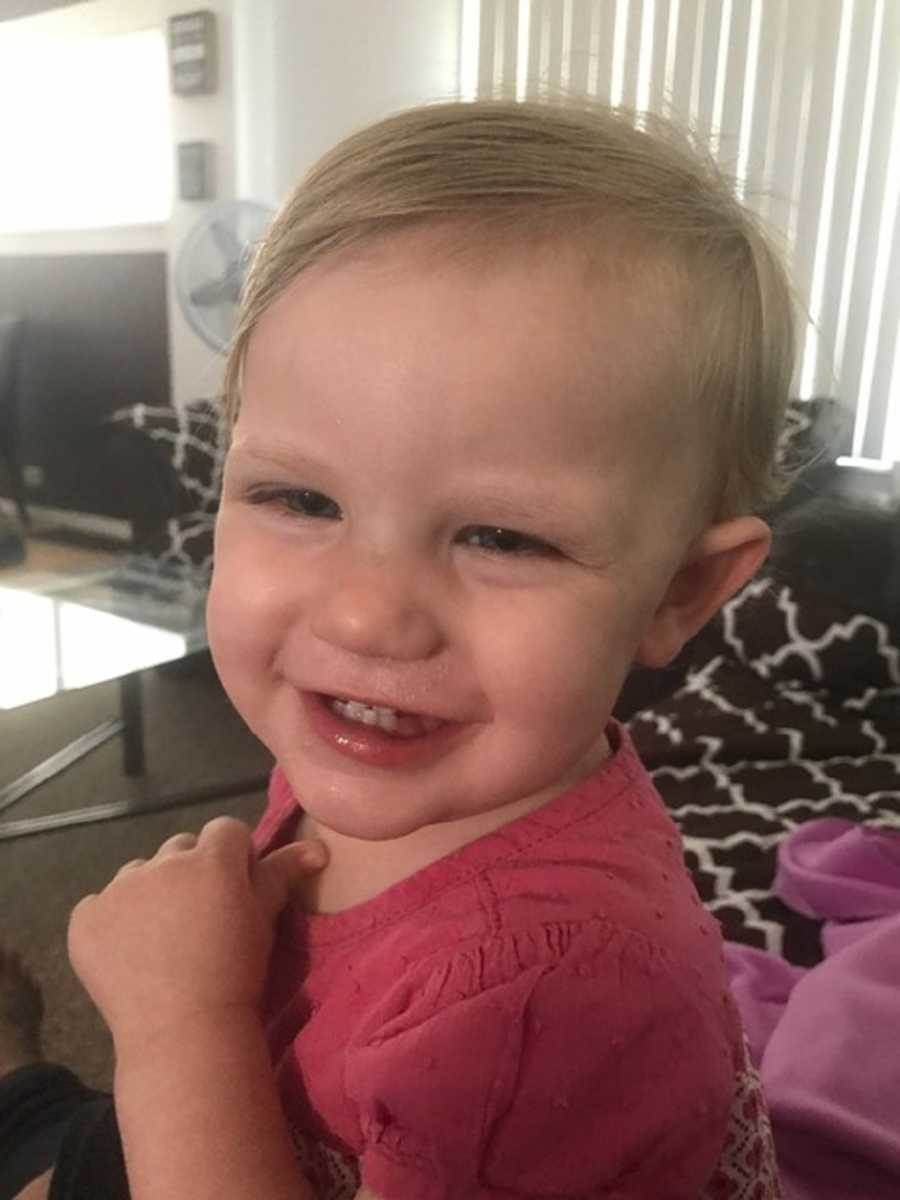 It was such a scary time. Then, one day, Felicity started calling us ‘Mommy’ and ‘Daddy’ all on her own. At that moment, I knew we made the right decision. From the beginning, we knew reunification was always the plan. Her tummy mommy showed up and we were so proud of the work she was doing for her kids. She would ride the bus to each visit, toting a crockpot so her kids could have a home-cooked meal with her. Until the day it all stopped.

We were about a year into the case and she just stopped showing up. Of course, we don’t know the ins-and-outs of her side of the case, but I truly believe she lost hope. She saw her kids bonding and attaching to the families they were with and I believe she didn’t want to take the kids from that. About six months before she became legally free, Felicity’s mom really started working her case and fought a good fight. She finally signed away her rights three days before her case was supposed to go to trial. That was the most bittersweet feeling, to know a mother loved her kids so much, she was willing to sign that part of her life away. I am forever grateful for her and her sacrifice.

9 months after Felicity was placed with us, we expanded our license to welcome another kiddo into our home. On February 9th, 2018, I got a call from our placement help desk. He said, ‘So, you and Patrick are open to taking infants, right?’ I said, ‘Absolutely!’ He responded, ‘How would you like to take in a 5-day-old? He is in the hospital right now because he is premature but he will be ready to go home in a couple of days.’ I said, ‘Oh my gosh, yes!’ He went on to tell me that he would get the placement work drafted and I should have it in my email soon. It was so hard for me to concentrate on work.

About an hour after his first call, he called me back and said, ‘Hey, I just wanted to give you a little update. The baby was born severely drug-exposed. He is on a feeding tube and may need oxygen. He will need to stay in the hospital for about a week. Do you guys still want to take care of him?’ Of course we did! 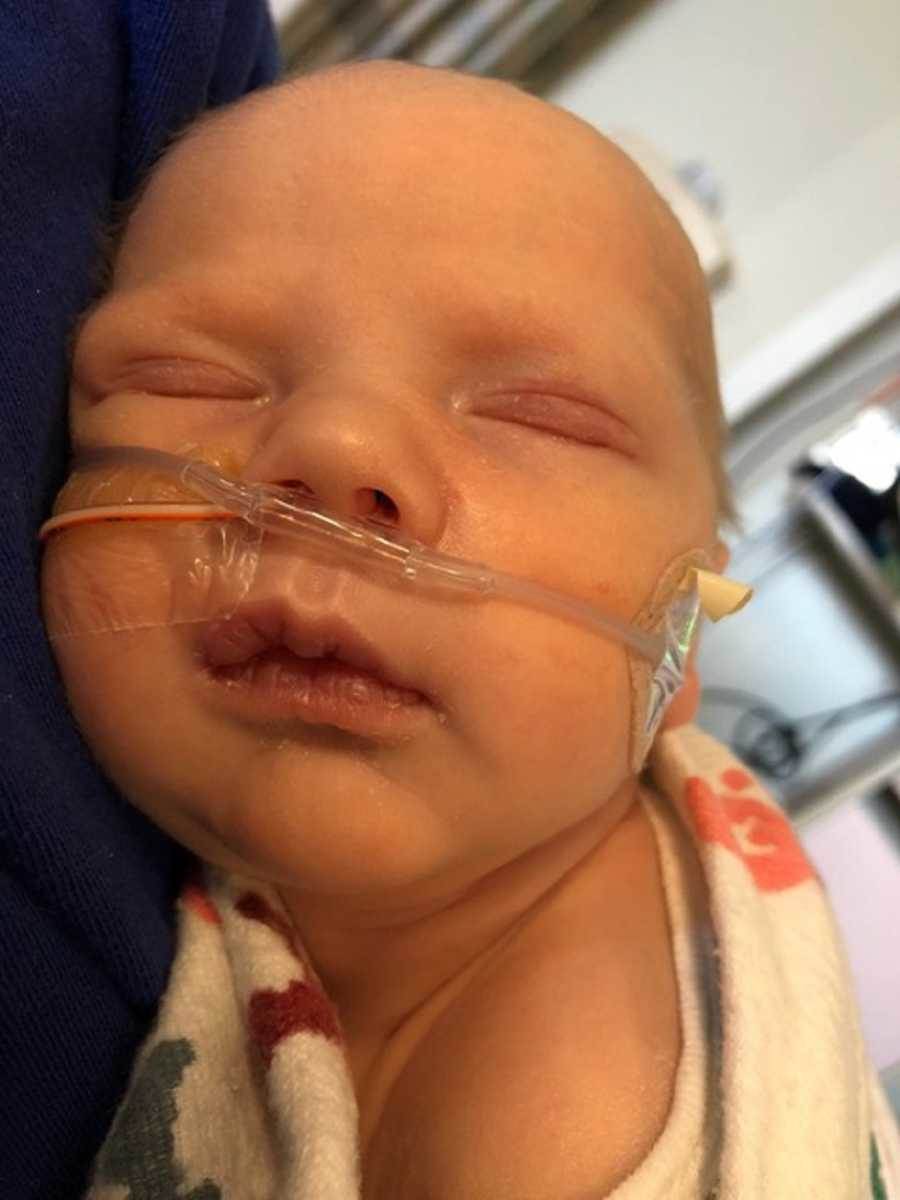 By the weekend, my husband and I were in the hospital visiting him. We took turns going to the NICU for feeding and cares. We almost lost him. My husband was visiting him and stopped breathing. Patrick was a champion and used his CPR skills to get him breathing again. That’s one incident my husband still cannot talk about. Samuel was in the NICU for 32 days and was discharged a few days before his actual due date. He came home completely off of oxygen and the feeding tube. 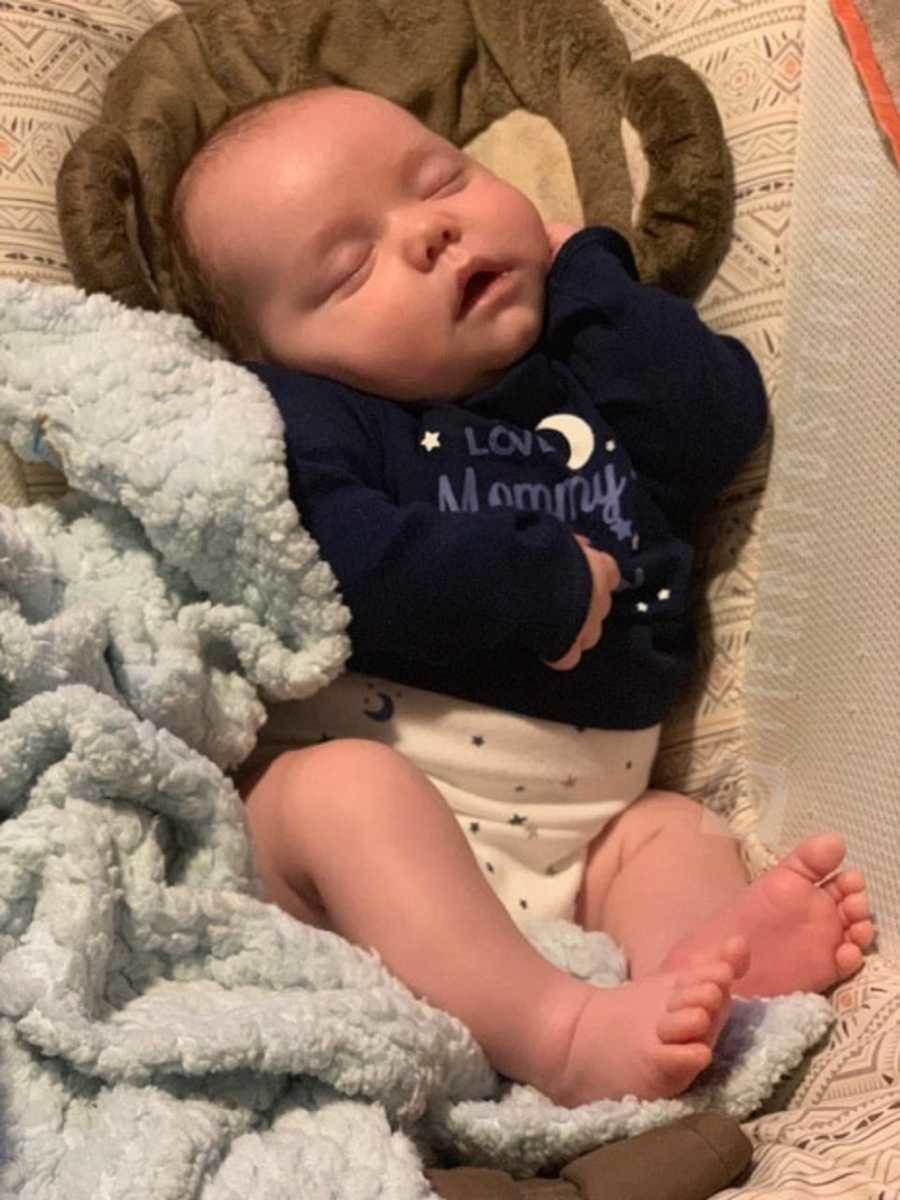 In the beginning, he did have issues with gaining weight but we were able to plump him up. Now he is a very active two-year-old who loves his mama to pieces. About seven weeks after Samuel came home, his tummy mommy sent me a message. She was seven weeks pregnant and wanted me to know first. I have a really good relationship with Mommy A. We knew the baby would be coming into care and we prayed he would be able to be placed with his brother. So, I truly had 9 months to prepare for a new baby. 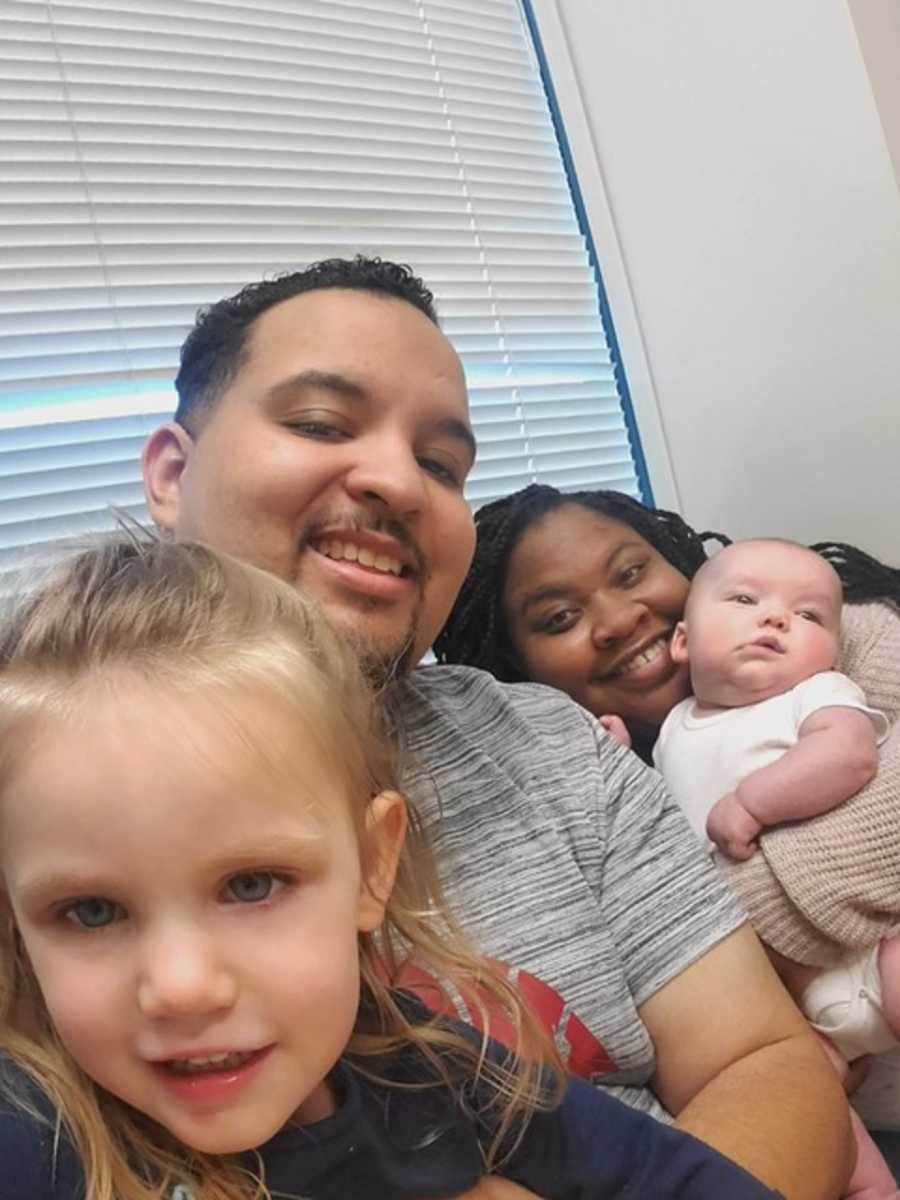 On December 19, 2018, Judah was born. Of course, that wasn’t a name his biological mother gave him. She sent me a picture and simply said, ‘He is finally here!’ The moment I saw his picture, I fell in love. He was almost placed with another family. We fought so hard for him and 7 days later, he was home with us. Within a year and a half, I became a mom to three kids, all under 2 years old. The boys are 10 months and 15 days apart. I wouldn’t have changed it for anything. 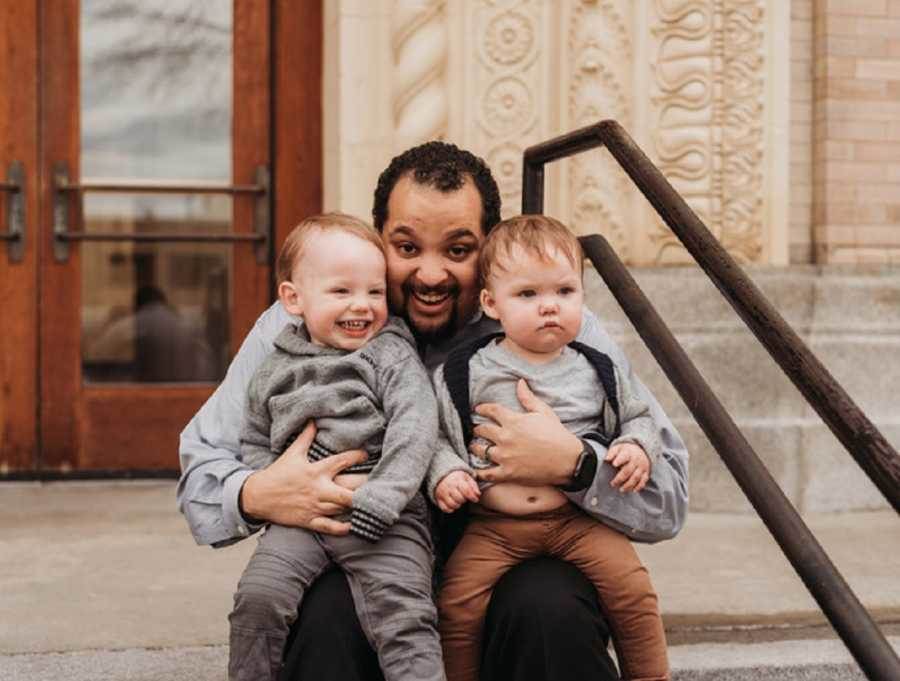 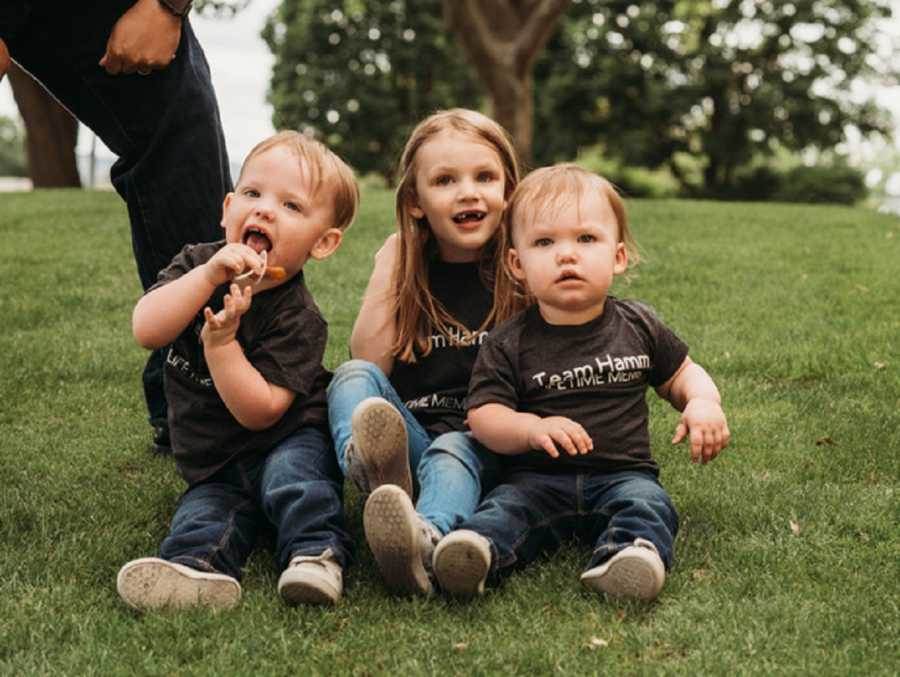 I am so blessed to have such an open relationship with our tummy mommies. I thank them for their sacrifice almost every moment of every day. On January 31, 2020, Felicity and Samuel were adopted. We held out as long as we could because we wanted to adopt all three of them at the same time, but it didn’t work out that way. On July 2, 2020, Judah was officially adopted. As someone who is infertile, I never thought I would ever be a mother and I never thought I could love as hard as I do now. 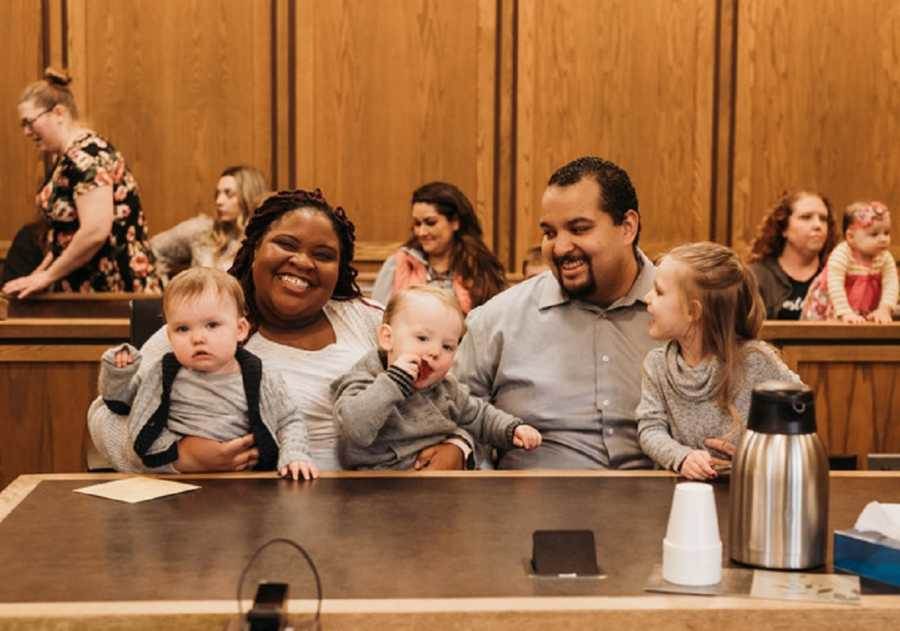 Our skin may not match, but you cannot tell me or my kids we aren’t a family. We live in a predominately white community and we have not faced any hardships or racism, which I am so thankful for. Families do not have to match. As our kids get older, we are discussing race/color more and more. The kids know our skin is different but it doesn’t matter to them. Though we haven’t faced racism, we do get the stares, especially when the kids are yelling ‘mommy and daddy.’

Our foster care journey is so unique. Felicity, Sam, and Judah were our first three placements. We had a few short-term and weekend placements here and there as well, but these three never left. It is so rare to adopt so quickly. I know people who have fostered many children for many years and never adopt. When we started, we just wanted to love on these kids for however long they were with us. Adoption was always a secondary thought. I am so thankful for our journey.

We don’t know what foster care looks like for us in the future. Right now, we are just going with the flow as a family. Patrick and I love sharing our story so much we have decided to start a podcast. We are still figuring out the details, but we are excited to share our passion and information about transracial adoption. Families like ours are rare, but we are out there and we do exist.” 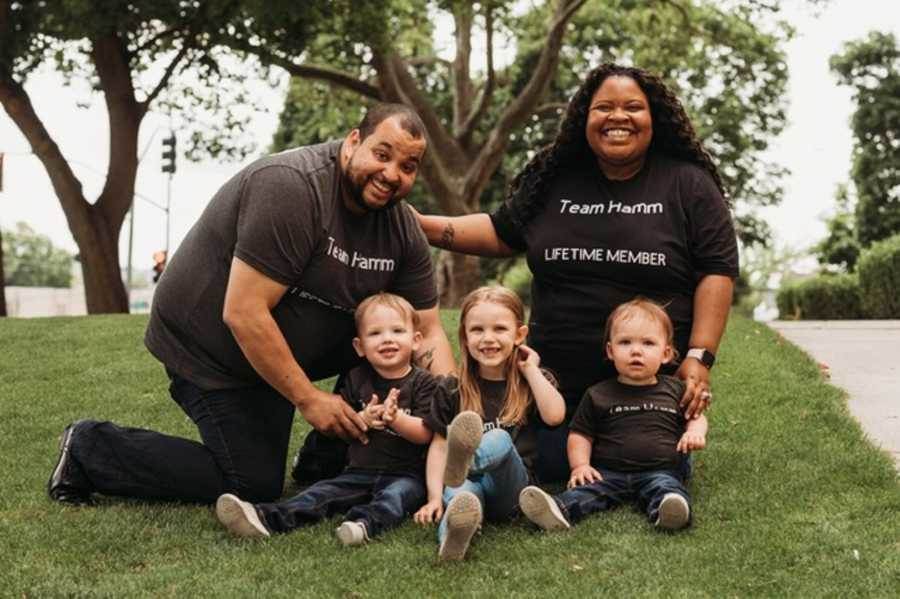