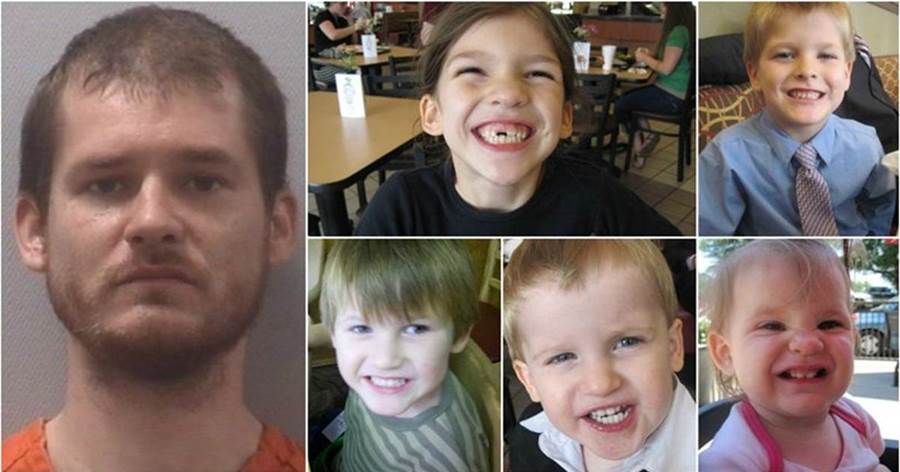 Home » South Carolina dad who killed his 5 children over broken electrical outlet gets death sentence,children's mom urges the jury to spare his life 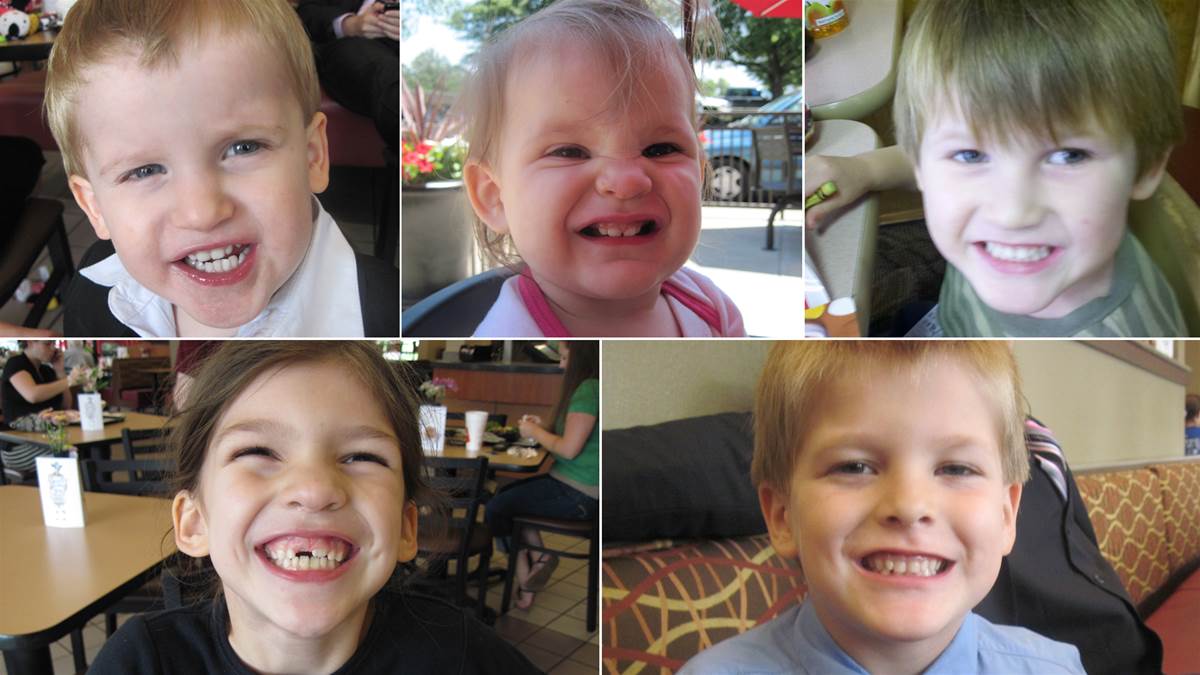 Timothy Jones Jr., 37, was sentenced to death in South Carolina on Thursday

The same jury convicted Jones of five counts of murder last week in the deaths of his children, ages 1 to 8, in their Lexington home in August 2014

While prosecutors pushed for the death penalty, several members of the defendant’s family – including the mother of the children – had urged the jury to spare his life 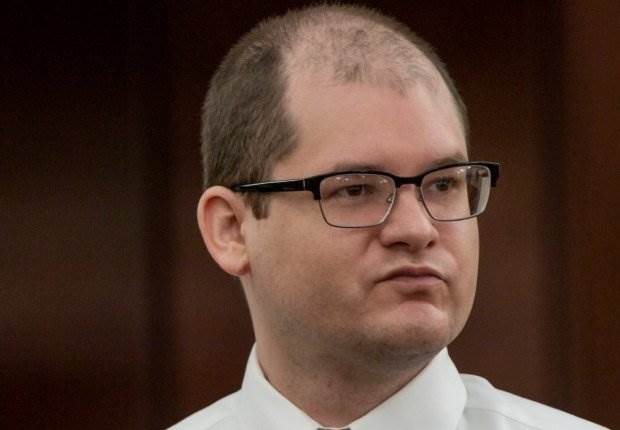 Timothy Jones Jr. was sentenced to death on Thursday for killing his five children in South Carolina in 2014

A South Carolina father who killed his five children with his own hands and then drove around with their bodies in his truck for nine days has been sentenced to death.

Timothy Jones Jr., 37, showed no emotion as the jury delivered the unanimous verdict after less than two hours of deliberation on Thursday. Jurors could have also sentenced him to life without parole. The same Lexington County jury convicted Jones of five counts of murder last week in the deaths of his children, ages 1 to 8, in their Lexington home in August 2014. Prosecutors had been pushing for the death penalty but multiple members of Jones’ family – including the mother of the five children – had this week urged the jury to spare his life. Jones’ father hung his head in his hands as the verdict was read and other family members appeared to cry. The horrific details of the five killings played out over four weeks of testimony during the divorced former software engineer’s trial. Prosecutors described him as an evil, selfish father while defense attorneys tried to argue that an undiagnosed mental illness drove him to kill his own children. 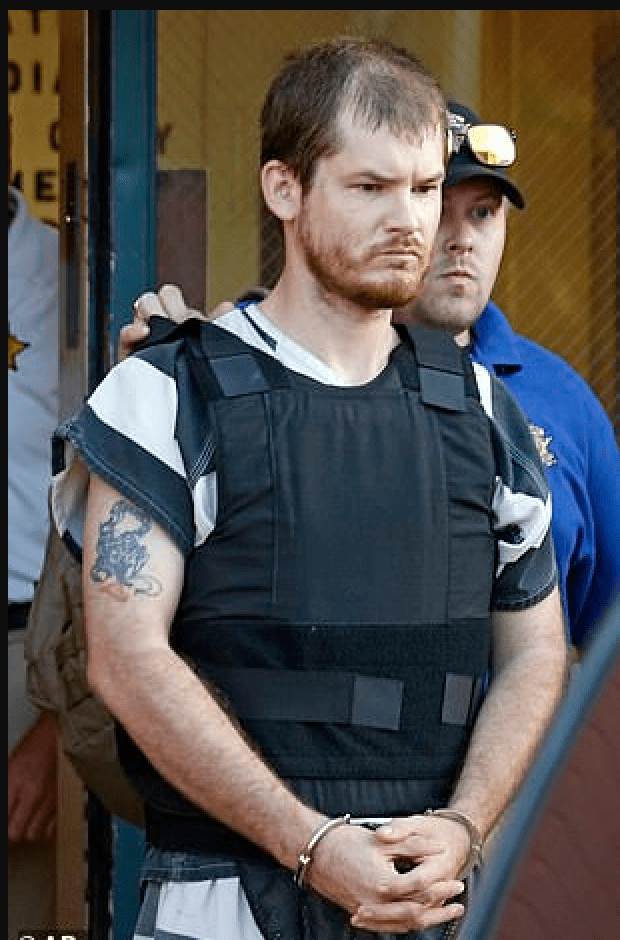 Prosecutors described Timothy Jones Jr. [photo], as an evil, selfish father while defense attorneys tried to argue that an undiagnosed mental illness drove him to kill his own children. Ultimately he was sentenced to death on Thursday

Jones’ lawyers had tried to show that his problems started when he became a single father-of-five after his marriage failed. His wife Amber Kyzer left him for a teenager who lived next door after she tired of Jones using religion to control what she wore and when she could leave their home. Her affair with the neighbor occurred around the time she was pregnant with their fifth child. Jones turned to drugs to medicate himself, which made his schizophrenia worse, according to his attorneys. Let the punishment fit the crime. He is a mass murderer. Prosecutor Rick Hubbard Prosecutors began their closing argument on Thursday by asking if the jurors had ever heard of a crime more horrendous and they continued to push for the death penalty. ‘ ‘Let the punishment fit the crime,’ prosecutor Rick Hubbard told jurors. ‘He is a mass murderer.’ The prosecutor said Jones had been selfish all his life, trying to break up his father’s second marriage because he wasn’t getting enough attention and controlling his wife’s every decision. When she left him, Jones couldn’t stand that his control was over. With custody of his children, he mistreated any of them who showed any intention of wanting to be with their mother instead of him, prosecutors said. Jones first killed 6-year-old son Nahtahn in a ‘white hot rage’ after the boy confessed on the phone to his mother – but not to his father – to breaking an electrical outlet. Over the next several hours, Jones went and got cigarettes, taking his oldest daughter so she wouldn’t call for help, and leaving the three other kids with their brother’s body. Then he made a decision to kill them all. 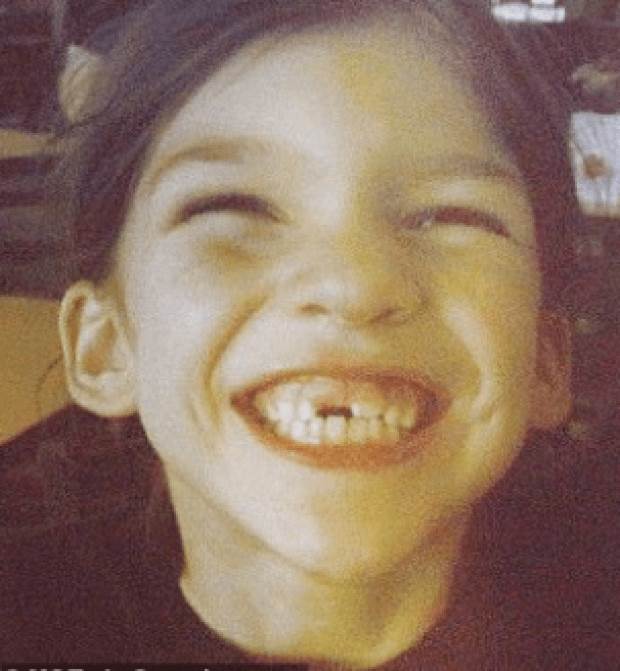 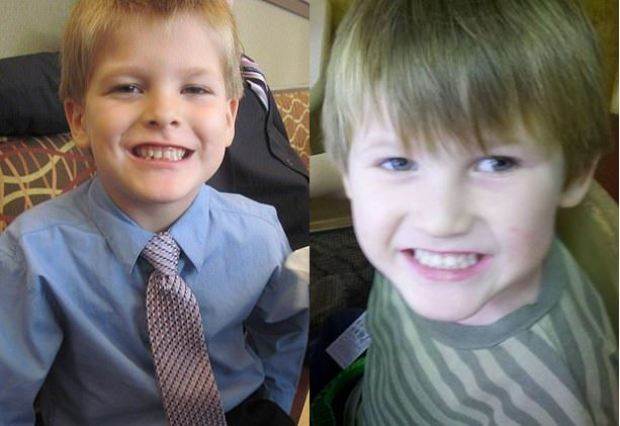 Jones admitted to killing his six-year-old son Nahtahn (right) by exercising the boy to death as a punishment after he refused to admit he broke an electrical outlet. Hours later he killed 7-year-old Elias with his hands 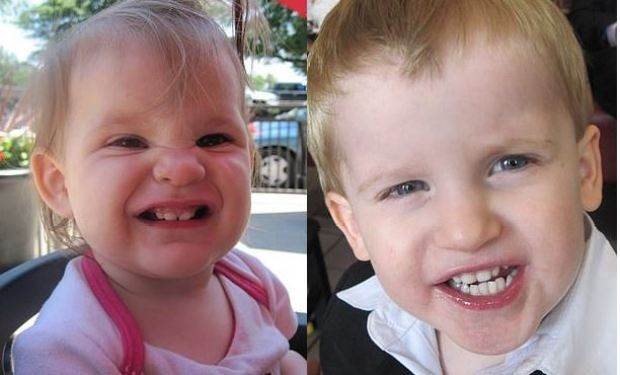 ‘He’s done what you folks are going to have to do. He deliberated. ‘I am a one man jury and I have before me life or death.’ He sentenced his kids to death,’ Hubbard said. In a confession, Jones said he strangled 7-year-old Elias with his hands and chased down 8-year-old Merah before choking her. He then used a belt to choke 2-year-old Gabriel and 1-year-old Abigail. After killing the children, Jones loaded their bodies into his SUV and drove around the Southeast U.S. for nine days before dumping them in five black garbage bags on a dirt road near Camden, Alabama. 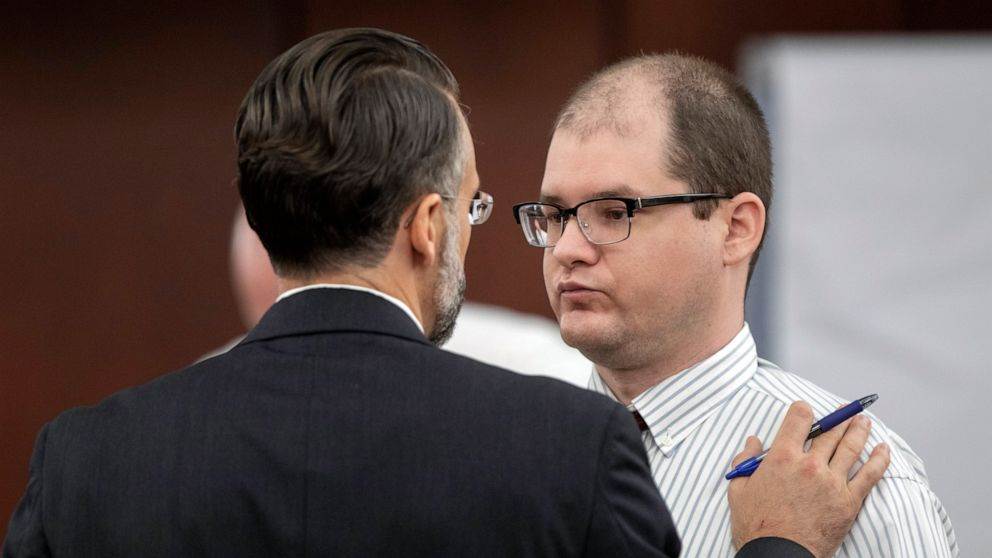 He was arrested hours later after an officer at a traffic checkpoint in Smith County, Mississippi, said he smelled a horrible odor of decomposition. Authorities pieced together the case using Jones’ own confession to police, bizarre web searches on his smartphone and handwritten notes found in his SUV nine days after the killings. Prosecutors ended his closing argument with those bags. They had entered photos showing what was inside the bags into evidence, but didn’t show them to the jury. Jurors could choose to look at them during deliberations if they wanted. 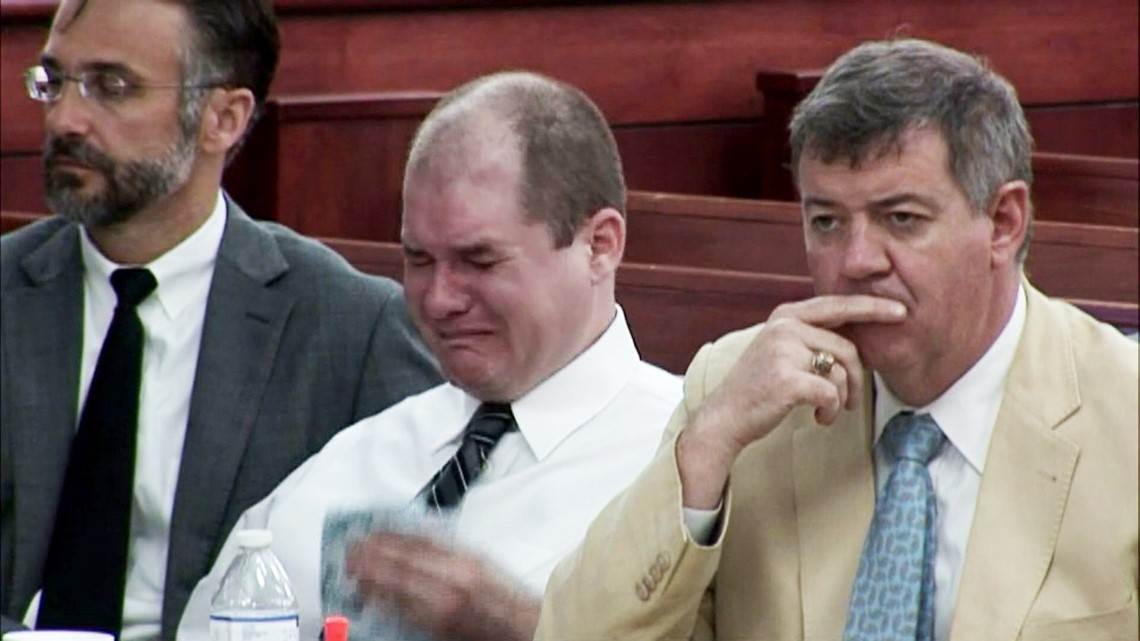 ‘If you have any doubt for the appropriate sentence for hat man, look in the bag!’ Hubbard said.

The prosecutor argued that his crimes deserved death and not life in prison, adding that a life sentence ‘is just send Timmy to his room, make him think about what he has done’. 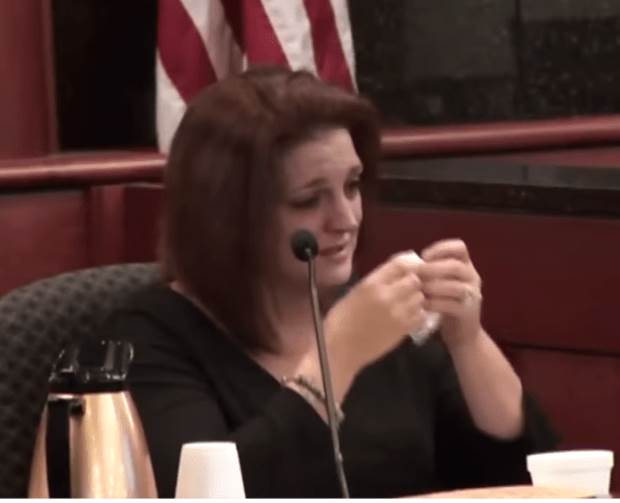 Amber Kyzer, his ex-wife and the mother of the five slain children, shocked the courtroom on Tuesday when she said she was against the death penalty

His two half brothers, Tyler and Travis Jones, both urged the jury to spare his life on Wednesday because the family had been through too much pain already following the death of the five children 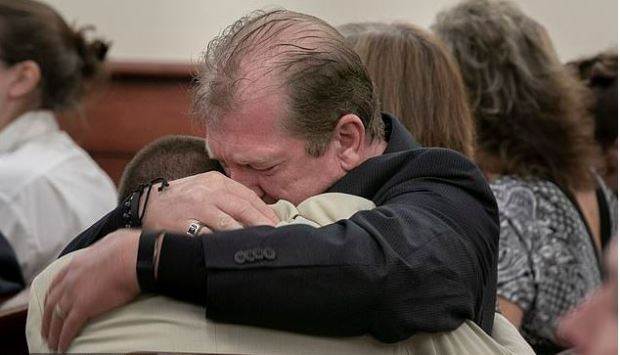 During the trial, the defense focused on what his lawyers called undiagnosed schizophrenia made worse by drug and alcohol use to explain his crimes. Jurors last week rejected their arguments that Jones was not guilty by reason of insanity or guilty but mentally ill. During the trial, his lawyers had called social worker Deborah Grey to testify about Jones’ chaotic upbringing, from how his father was born to a 12-year-old rape victim to how his mother said she was locked in a closet during a voodoo ritual. She detailed three generations of rapes, molestation by family members, gunshots, stabbings, drug deals, voodoo rituals, prostitution, frequent screaming fights and cursing at children and how Jones’ mother dipped him in ice water baths and gave him laxatives to try to make him behave. Defense lawyers displayed a chart with the Jones family tree that detailed a number of psychological issues that his relatives have dealt with over different generations. Grey started with Jones’ grandmother, who was raped by her stepfather and gave birth at age 12 to Jones’ father. The chaos extended to Jones’ parents. His mother had schizophrenia and went into a mental institution when Jones was 3. She spent decades there.

During his closing argument on Thursday, the defense focused on how much Jones is loved by his family even after the killings. His grandmother, father and siblings all asked jurors to spare his life. ‘How much more death does the Jones family have to endure? How many more funerals does this family have to go to? How many more tears do they have to shed? How much more heartache to they have to endure?’ Secor said. Jones’ ex-wife and the children’s mother, Amber Kyzer, also told jurors this week that she wouldn’t choose the death penalty for Jones because she’s against capital punishment She said she would respect the jury’s decision.  ‘He did not show my children any mercy by any means. But my kids loved him and if I’m speaking on behalf of my kids and not myself, that’s what I have to say,’ she told the court during her testimony. Kyzer said while she prays for Jones and personally opposes the death penalty, there have been many moments watching the trial when she wanted to ‘fry him’. ‘I hear what my kids went through and what they endured. And as a mother, if I could personally rip his face off I would. That’s the mom in me. That’s the mama bear,’ Kyzer said. Jones is just the second person to be sent to South Carolina’s death row in five years. The state has not executed anyone since 2011 because it lacks the drugs to carry out lethal injection.