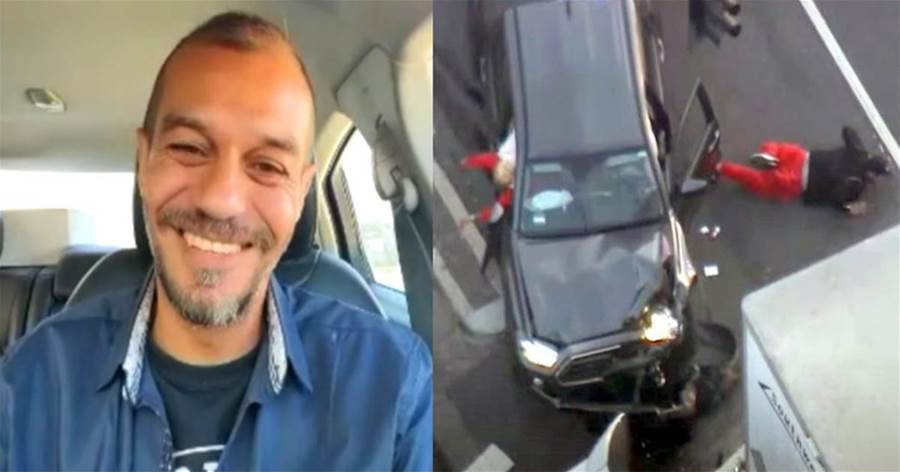 Ahmed Shaaban, a big rig truck driver, found himself in a unique position to help police on a Tuesday afternoon. It all began after a man in a black pickup truck attempted to flee from the police during a high-speed chase. As the suspect barreled down a California highway in Pomona, he was spotted by Shaaban, who decided to lend the cops a helping hand.

The suspect, identified as Michael Reed, went on the run after police in Riverside County attempted to question him over a murder. Rather than cooperating with authorities, the suspect sped off in a black pickup truck. According to Daily Mail, Reed led cops on a wild, 2-hour-long pursuit with speeds reaching 90pmh as he tore along the 60 Freeway. As he tried to evade the police, both police and TV helicopters hovered overhead. Then, Reed crossed paths with Shaaban. 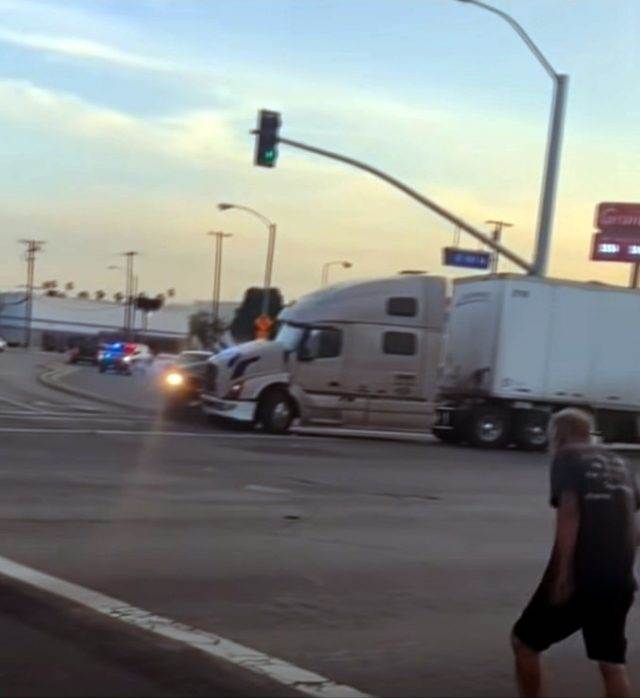 As Shaaban drove near a gas station in Pomona, he saw several police cars tailing the black pickup truck being driven by the murder suspect. While other vehicles on the road quickly moved out of the way, the heroic truck driver decided to take action to stop the murder suspect. Rather than get out of the way, Shaaban drove his tractor-trailer directly into the pickup's path, and it worked.

Using his big rig, Shaaban ended the two-hour-long chase by blocking off the highway, causing Reed to crash into the front of the semi-truck. Dramatic video captured the moment the suspect's pickup truck slammed into Shaaban's big rig, ending the 90mph police chase with the murder suspect — all thanks to the trucker's quick thinking and heroic efforts.

"I just waited for the right moment and I blocked him and hit him because if I didn't stop him, he was going to kill somebody else," Shaaban explained, according to CBS Los Angeles. Shabaan said he knew a murder suspect was involved in the chase. This made him all the more ready and willing to help end it. "I just thought to get him off the street,"Shabaan said, referring to what motivated him to take action. "If I didn't, and [officers] have been behind him for that long and didn't stop him … I have the power.” 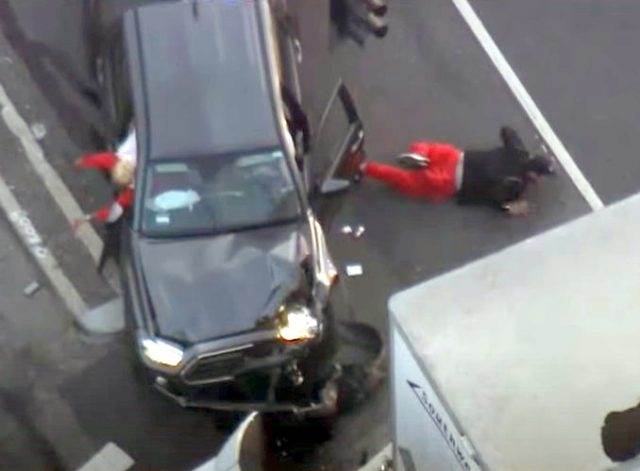 It's a good thing Shaaban took matters into his own hands. The pursuit started in Murrieta and went all the way down into San Diego County before Reed returned north into Los Angeles County. Reed had already been seen driving on the wrong side of the road, into oncoming traffic, running multiple red lights, and driving on a sidewalk in the Pomona area during the pursuit before crashing into a semi-truck.

Following the crash, Reed — who was wanted for questioning over a murder in Riverside County — was restrained by police before medics arrived at the scene. He was then arrested and taken to the hospital for treatment of minor injuries. A female passenger, who was inside Reed's black pickup at the time, was released and not arrested. The woman, who only referred to herself as "Roxy," conducted an impromptu interview with local reporters who had assembled at the scene:

Although Roxy admitted to being a friend of the murder suspect, she told the media she had no clue he was wanted by police. "We were hanging out and he said he wanted to help his friend in LA, Roxy told Fox 11. "I said, 'I am down to roll. It's all good. We’ll go help your friend,'" she furthered, adding that she was stunned when the police started following with their siren blaring. When asked whether her friend may have committed murder, Roxy replied, "It might have been self-defense."

Regardless of whether or not the suspect was guilty of murder, Ahmed Shaaban is a hero. Even if he was innocent, Michael Reed put lives in danger when he fled from the police and led them on a 90mph chase. Thankfully, the brave truck driver wasn't about to watch a murder suspect potentially take more lives. Instead, he put himself right in danger's path, blocking Reed's escape and ending the dangerous and conceivably deadly pursuit. That's a job well done and worthy of praise.