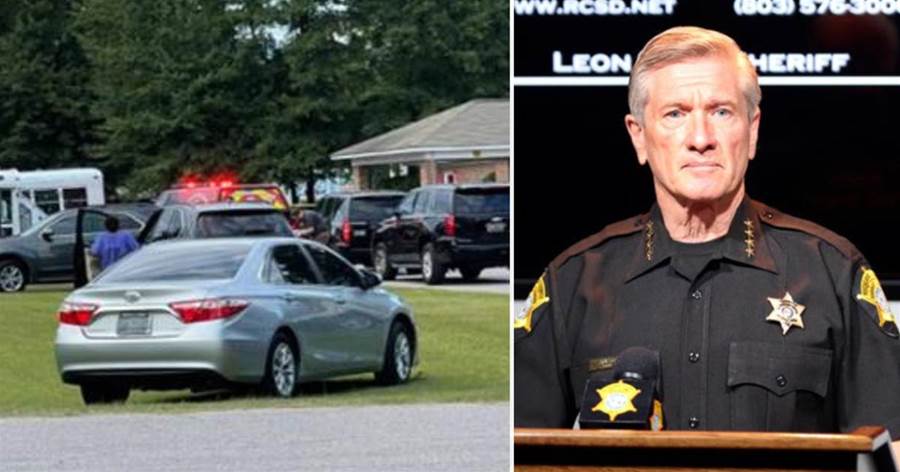 The father of the twin South Carolina twins who passed away last week after being left in the back of a car all day will not face charges.

Tragic reports emerged recently concerning the deaths of Brayden and Bryson McDaniel. The boys’ father – who has not been named – thought he had dropped them off at the Sunshine House Early Learning Academy.

Later that day at 5:30 p.m., however, he returned to the daycare to pick them up, only to come to the horrific realization that he had never actually dropped them off. 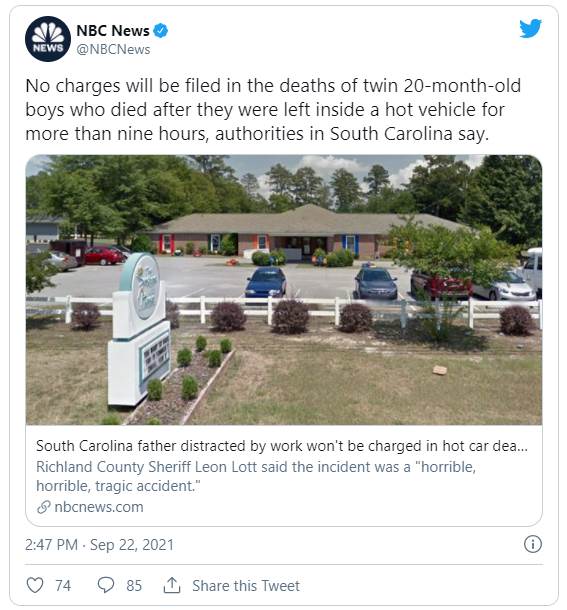 According to reports, the two 20-month-old boys were sitting rear-facing in the back seat of their father’s SUV. He was said to have been under stress and strain from work, and genuinely believed his sons were at daycare.

In a press conference this week, Richland County Sheriff Leon Lott announced there would be no charges filed against the dad, and put the incident down to a horrific accidental tragedy.

“I’ve stood up here and done a lot of press conferences in 25 years as Sheriff,” he said.

“This is probably one of the saddest ones I’ve had to stand up here and do.”

He added: “The father was under some intense pressure at work that really had his mind somewhere else that day.

“And in his mind he had really believed he had dropped the two boys off at the day care. There was no doubt in his mind that he had done that.”

As to the timeline of events, Sheriff Lott said: “He went to work, thought he’d dropped his children off, worked throughout the day, went to pick his children up, and discovered that they were not in the day care center … that he’d left them in the car.

“You don’t even have to be a parent for something like this to have an impact on you, on your heart and on your life. It’s a parents’ worst nightmare, it’s also a community’s worst nightmare.”

Brayden and Bryson were reportedly in the car for nine and a half hours before they were discovered, with the temperature having reached as high as 120 degrees. Autopsies showed no signs of past trauma or abuse to either child.

Tributes for the two boys have poured in from across the world.

“Their life will never be the same,” Sheriff Lott said of the family.

Our hearts go out to this family at this time of immense grief. Our thoughts and prayers are with you all.