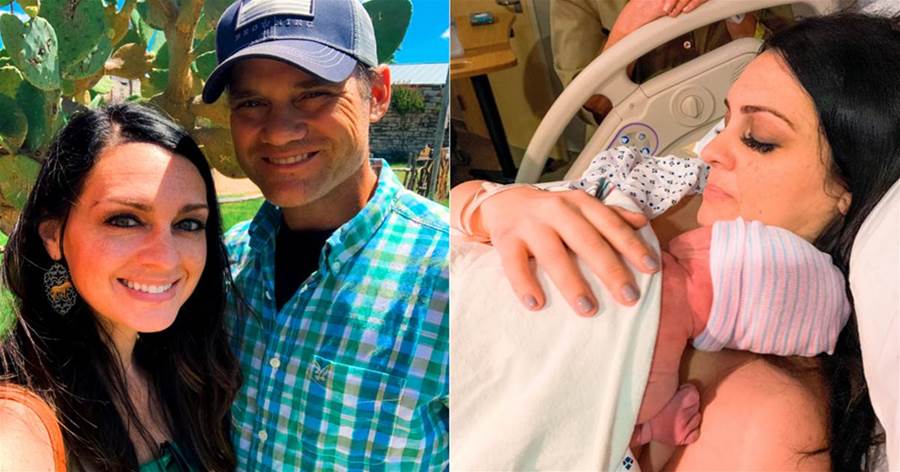 A widow has given birth to her late husband's baby 14 months after his death using frozen embryos - and says her new son has "healed her heart".

Sarah Shellenberger, 40, describes eight-week-old Hayes as her "medicine" after she lost her husband Scott, 41, to a heart attack last February.

She hopes to have another baby with her departed husband using the same process with their second and last viable embryo.The teacher, of Oklahoma City, OK, said: "Holding Hayes has been such good medicine for me and he has healed my heart in a lot of ways."

Sarah and Scott, a science professor, had just completed an embryo fertilization at a Barbados fertility clinic when Scott suddenly died while teaching a class at college.

She was convinced that Scott would have wanted her to give birth to the baby and she fell pregnant with Hayes last August, six months after Scott's passing.

Sarah said: "In our eyes, we have these two embryos that are already created and they are our children. 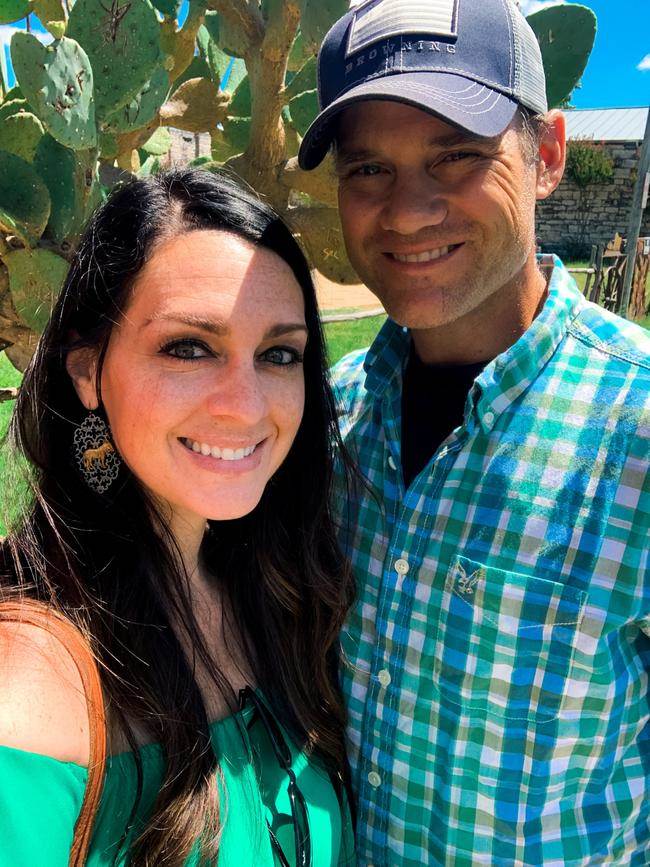 "To me, there was no other option. They are our kids.

"I had to try to get pregnant and bring our children into this world."

Sarah and Scott first met while studying at Southern Nazarene University but only began dating when Scott reached out to Sarah on Facebook in 2017.

It was a whirlwind romance with the pair getting engaged four months after reuniting in person and tying the knot in September 2018.

They immediately began trying for kids.

"Both of us really wanted at least three kids and we were really excited to start our family," Sarah said.

But they struggled to conceive and finally their doctor told them that their only hope of becoming parents was with IVF. 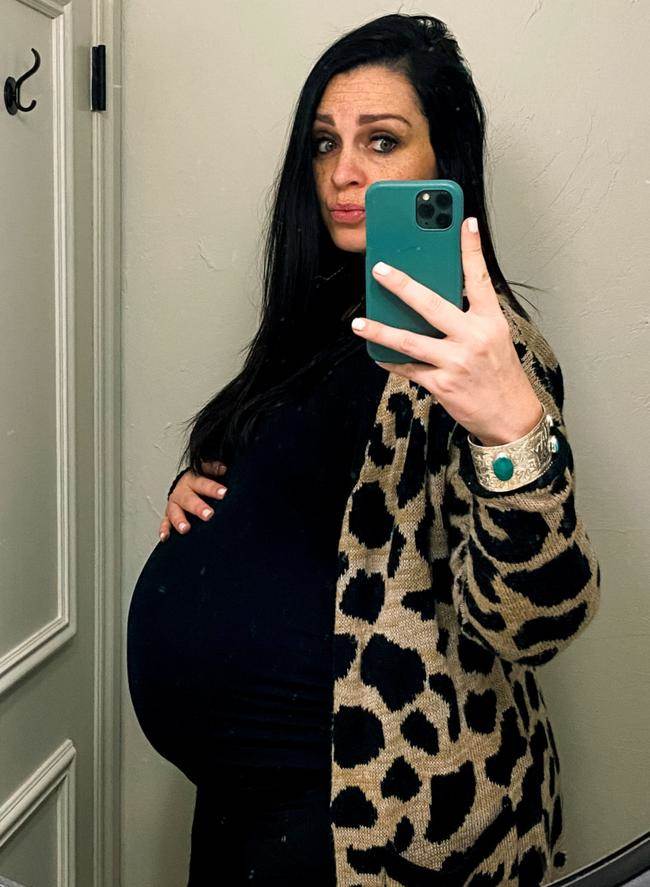 Due to the staggering costs of IVF in the States, the couple went to the Barbados Fertility Center for the egg retrieval.

The first retrieval was in December 2019.

"For the first round, we ended up getting one genetically normal embryo and that turned out to be Hayes,"Sarah said.

"We found out just before Christmas that he was a boy.

"Scott and I were able to pick out names before he died and that was really meaningful.

"We decided to go back in February for another retrieval while I still had as many eggs as possible."

Scott was unable to accompany Sarah on the trip because he had limited vacation time so her mother Sherry, 64, went with her.

He suffered a fatal heart attack while teaching his students as Sarah and Sherry flew back to Oklahoma, via Toronto.

"When I landed in Toronto and I finally connected to the WiFi my phone was going crazy,"Sarah said.

"I had all these text messages coming through - the first one I saw was from one of Scott's co-workers telling me that they were all gathered here praying for Scott.

'He was so healthy, fit and young'

"I called his mum and she told me that he had had a heart attack and been moved to the ICU and he had not regained consciousness."

But Sarah couldn't believe that her young and healthy husband could possibly die of a heart attack. 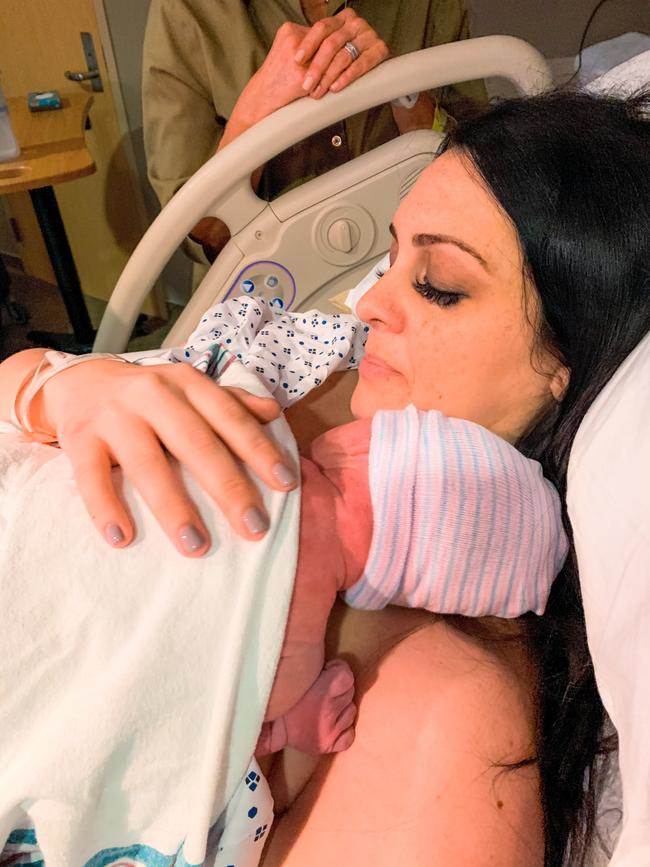 "I was upset and concerned but I really didn't think he would die. He was so healthy, fit and young.”

She arrived at the hospital and saw Scott hooked up to a life support machine.

A neurologist told her that her husband was brain dead.

"I couldn't believe it. There are no words to describe that feeling.

"I decided I wanted to donate his organs so I filled out all the paperwork. On Friday, February 21, I had to go and say goodbye to him, that was the hardest thing I've ever done."

'It was our biggest dream'

Scott donated his liver and kidneys, saving the lives of three people.

A week after his funeral, the clinic told Sarah that she had one more viable embryo.

"I was so hopeful that we had at least one more from the second round because I knew that was the last chance to have a child with my husband.

"It was our biggest dream - Scott wanted to be a dad.” 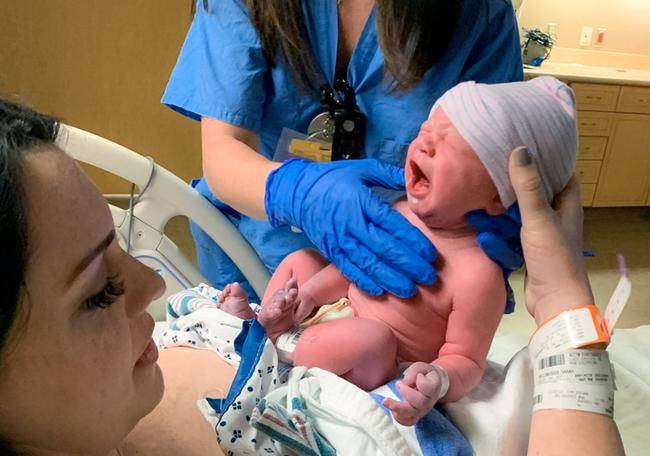 Sarah and Scott had completed paperwork before starting the embryo process, including what would happen to the embryos if a spouse passed away.

"We had said we wanted the remaining spouse to do what they wanted with the embryo."

In August Sarah went to Barbados for the embryo transfer. A week later, she found out she was pregnant.

She shared her story on social media and soon had messages of support from people around the world.

"I was so moved by so many strangers following my story - people in Italy and France and South America and Canada were praying for me and my embryo.

"I felt so supported."

But she also feared losing the baby after the loss of Scott. 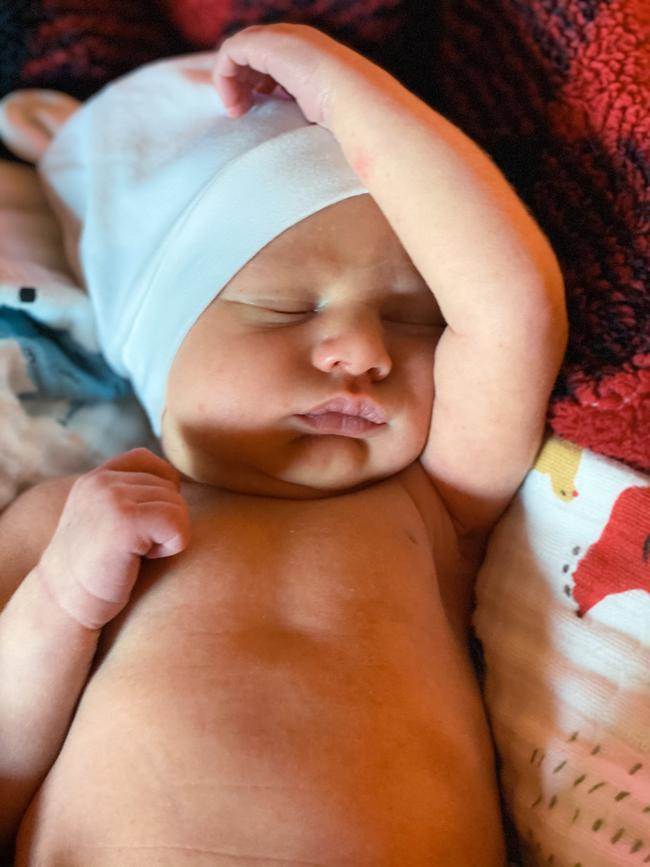 "I knew it would be another blow and it would feel like another death."

Sarah gave birth to Hayes on May 3 with her mum by her side.

Although she was overjoyed to hold Hayes in her arms, she noted that it is painful to know that Scott will never meet his baby son.

"Holding Hayes has been such good medicine for me and he has healed my heart in a lot of ways.

"It is bittersweet because I know that Scott would have been over the moon in love with him and it is hard to experience these things without him.

"I absolutely see Scott in him.

"It feels like things are starting to look brighter and that maybe my life isn't over and I have a purpose."