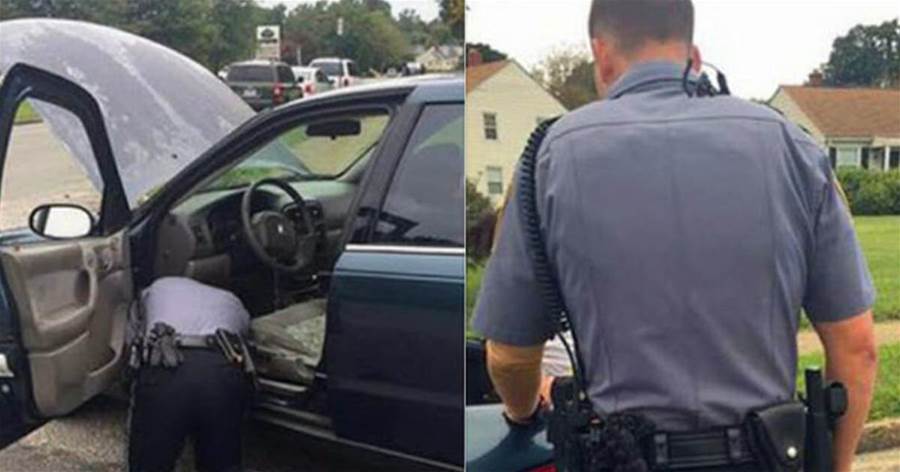 Home » Officer Pulls Woman Over And Tells Her To Open Trunk, Doesn't Realize He's On Camera

While going about his duty as a police officer for Henrico County, Virginia, one man decided that his duty on the job was not enough. When he saw a driver in need, the county officer pulled over his squad car and did something that Chy-Niece Thacker never expected. Not only did the police officer warn her about a brake light that had gone out, but he also proceeded to do something that left her speechless – and compelled to share the experience with the wider world on Facebook.

When Chy-Niece saw that Officer Jenkins was pulling her over, she was worried. She started fumbling through her glove compartment looking for her registration and insurance information. 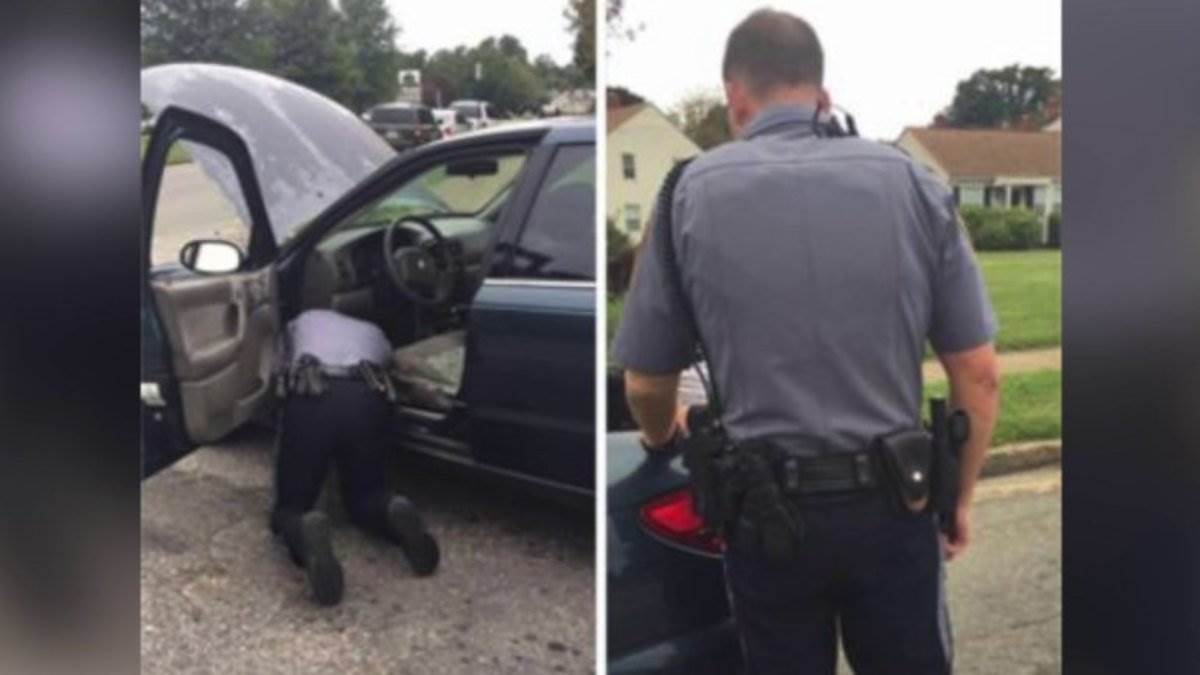 However, as soon as Officer Jenkins got close enough, he told her not to bother. He wasn't pulling her over for any reason but to tell her that her brake light was out.

"As he walked to the car, and I was pulling out my stuff, he quickly said, 'Don't worry about pulling anything out. I just want you to know that your brake lights are out,'" Thacker wrote on her Facebook page.

At that point, Thacker felt like she could trust Officer Jenkins. Because he was just trying to make sure she was safe on the road, she decided to unburden her frustrations on him. She told him that she'd just replaced her brake lights in July and was worried that this would result in another expensive test to check her car's wiring.

Thacker was impressed with Officer Jenkins because he demonstrated his commitment to the community. Instead of issuing her a ticket, he just wanted to help. That's why Thacker was happy to talk to WTVR CBS 6 about the happy interaction.

"I don't want anyone slamming into the back of you,"she remembered him saying

Thacker was happy to announce that Jenkins "went above and beyond" what was expected.

"He could've easily given me a ticket, but Officer Jenkins stepped out of officer role and into mechanic role to make sure I was straight."

She added the hashtag #HesABlessing.

Without a doubt, Officer Jenkins proved that he became a police officer – not so he could wield a weapon or take down bad guys – but so he could provide his community a service. He listened to Thacker's situation with empathy and understanding, and when he heard that it would be tough for her to fork out the extra cash for a wiring test on her car, he stepped in to help. Without a doubt, he is one of the good cops out there that do not get credit for their good work often enough.