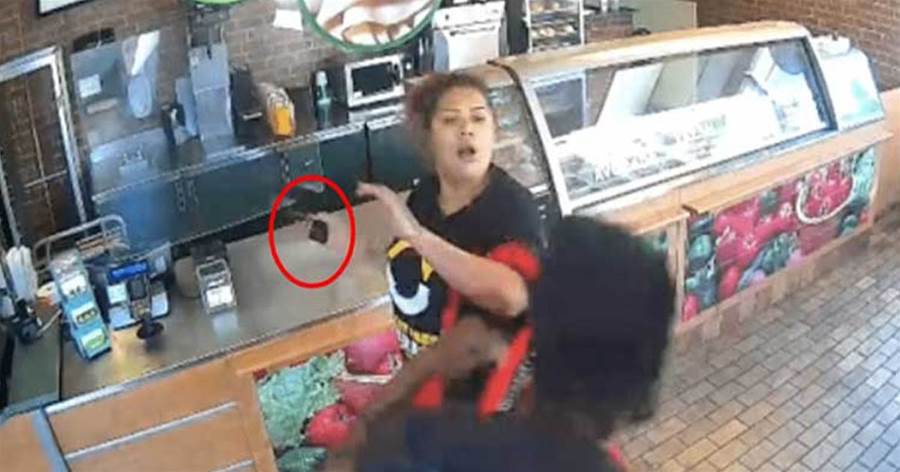 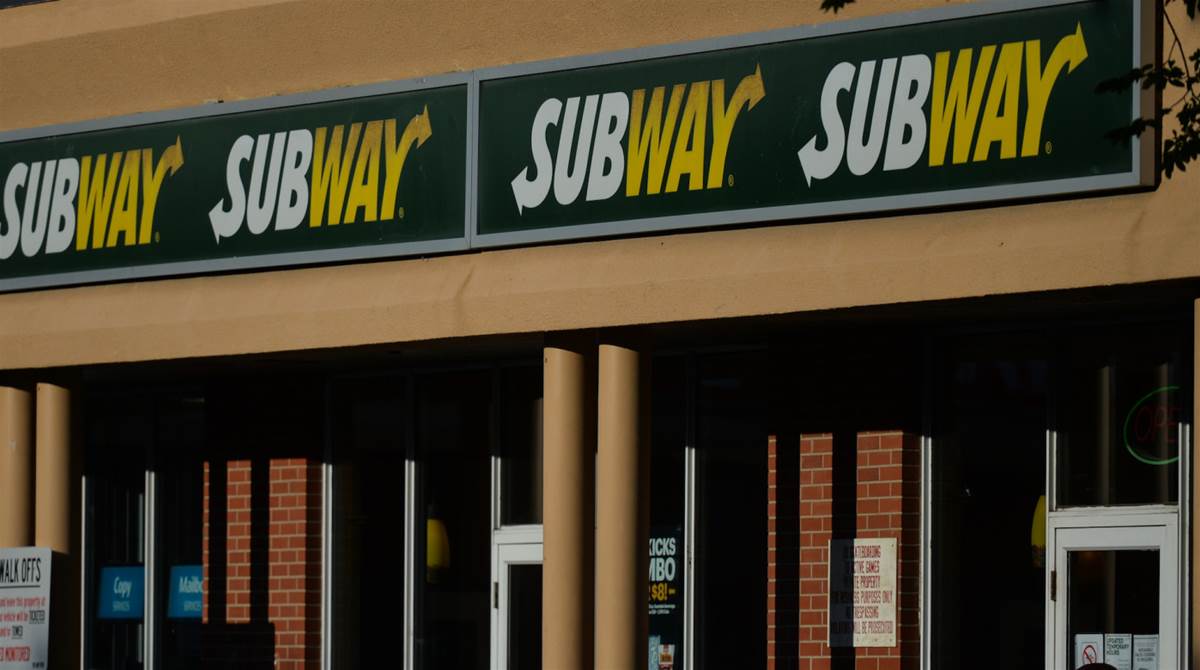 A Subway employee claims she was suspended from her job after posting security cam footage of herself fighting off an armed gunman trying to rob the sandwich shop chain.

Araceli Sotelo was working alone at a Subway location in Rockford, Illinois on Sept. 5 when the attempted robbery occurred, the perpetrator climbing behind the counter and threatening Sotelo to give him the store's money. 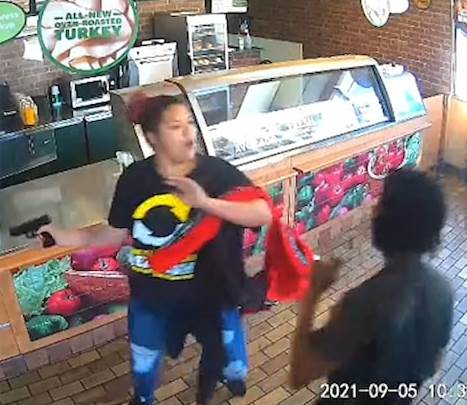 Despite his gun, she defended herself, eventually getting his weapon away. He took off with her purse.

The incident was caught on camera by one of the store's security cameras, footage police are now using as evidence in their investigation to track down the criminal, WTVO reported.

But the footage also went viral online, in posts shared by a number of social media accounts, including Sotelo's own TikTok. 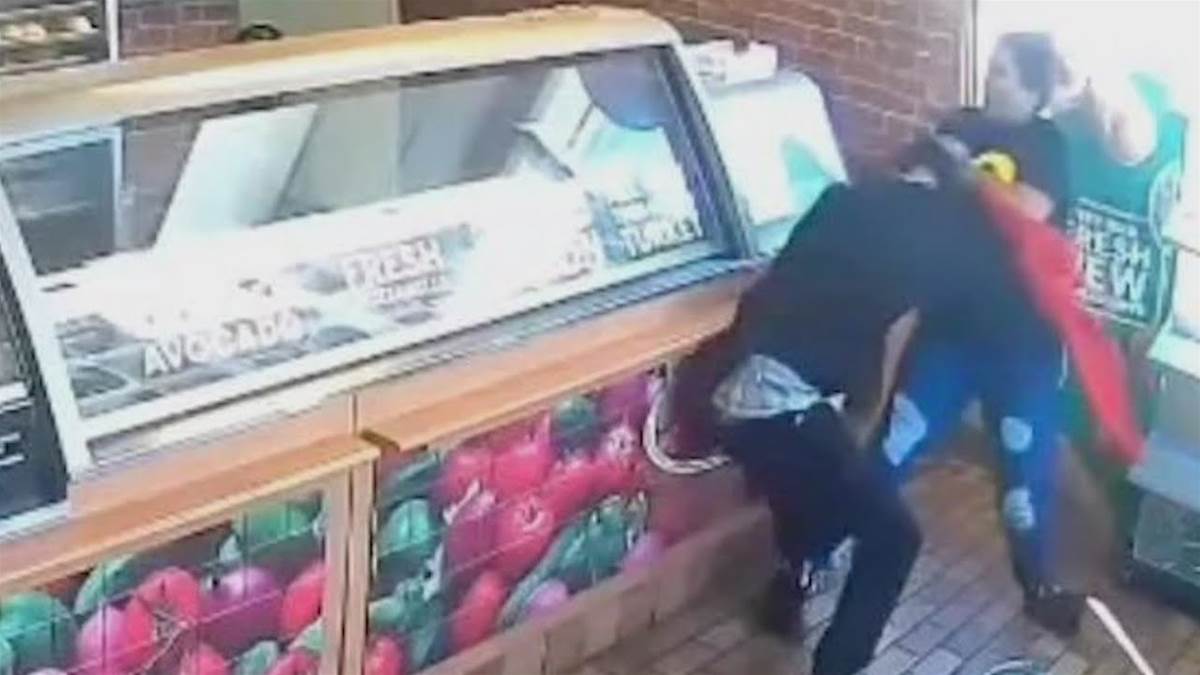 According to Sotelo, sharing that footage has led to her suspension from her job at Subway.

"I get a call yesterday it was like, 'if every one of these videos are not taken offline you will be suspended,' and then I texted [Subway] and I'm like 'How long am I suspended for?' They said till everything is removed online." Sotelo told WTVO. "I have no ability to do that." 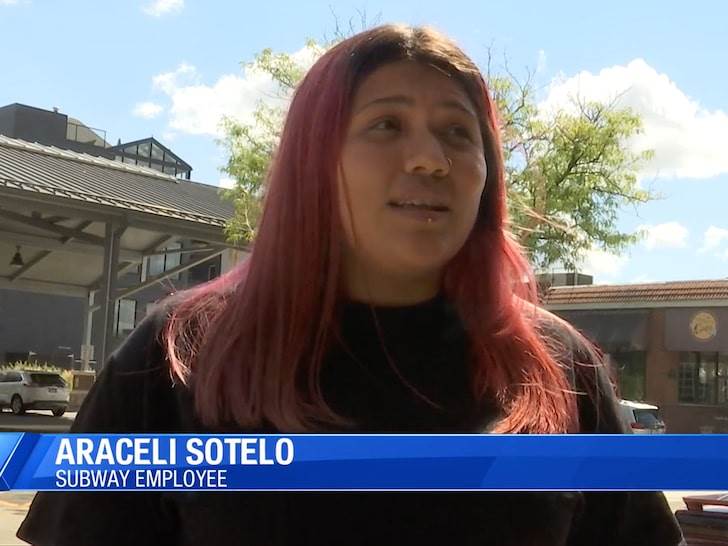 She claims the Subway franchise owner is suspending her because "they did not want anyone to know" about the incident.

"They wanted to be private that it happened to me and that I fought back, but I think they did that because they do not want corporate to know," she said.

Sotelo claimed to WTVO that she was not the original one to leak the footage, and only posted it to her TikTok after others had shared.

When reached for comment by PEOPLE, the Subway franchise owner said, "We're not making comments at this time." 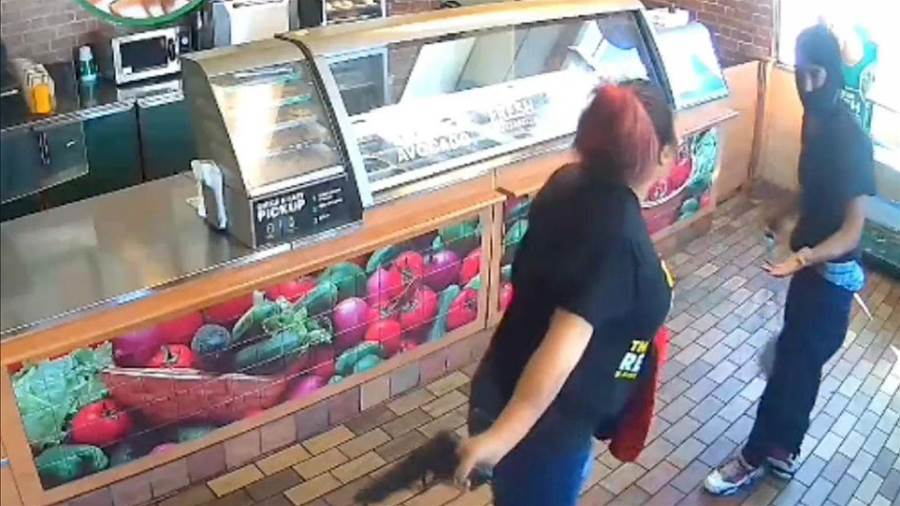 A Subway spokesperson said in a statement shared with PEOPLE, "We are deeply concerned about the recent incident at a franchised location in Rockford, Illinois. The restaurant owner and management are fully cooperating with the police investigation, and we request patience until that process is complete."

As for the footage itself, it shows Sotelo in a serious scuffle with the gunman.

She told WTVO that she initially pleaded with the robber after he demanded she give him money. "He kind of just showed me his gun, and I was like freaking out like, 'Woah you can't do that, please leave,' " she said. "[He said] 'Give me all the money' and I said, 'I do not have any money, like, I do not have any money.' That is all I had and he was just like, 'Give me everything before I hurt you.' "

When the man refused to leave and got a hold of Sotelo's purse, she fought back, despite being "scared for her life." Sotelo explained that she was larger than the man, "so I could at least put my weight on him, push him, or something." 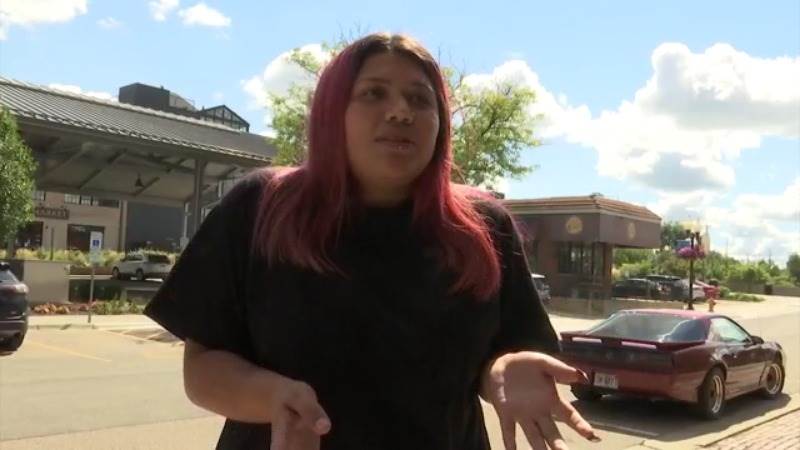 During their altercation, the robber's gun fell while he was grabbing onto her purse, and Sotelo was able to grab it and hit the man with it in an attempt to defend herself.

"I end[ed] up pulling his sweatshirt off him and I was like, 'Show your face, show your face, you are on camera.' And he was like, 'Here you can have your purse back, just give me back my stuff,' " she claimed. "He wanted me to give him back his gun and his clothes. I just hit him on the head with it, that is what he was doing to me."

The man got away with Sotelo's purse and broke her phone, but did not take any money from the Subway store, she said.

Since Sotelo's suspension, a GoFundMe has been set up to help pay for an attorney for and lost wages.