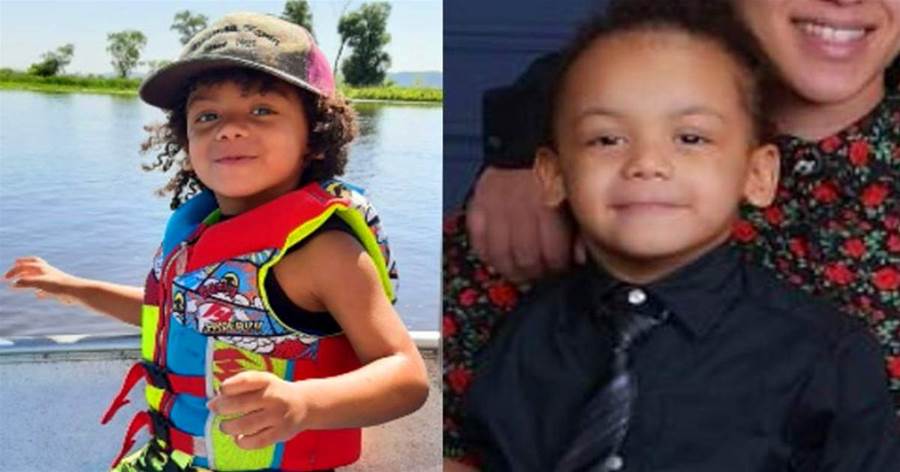 3-year-old Major Harris, who has been the subject of an active AMBER Alert for much of the past week, was found dead Thursday afternoon, Milwaukee police said in a news conference.

The search for 3-year-old Major Harris came to a tragic end Thursday. 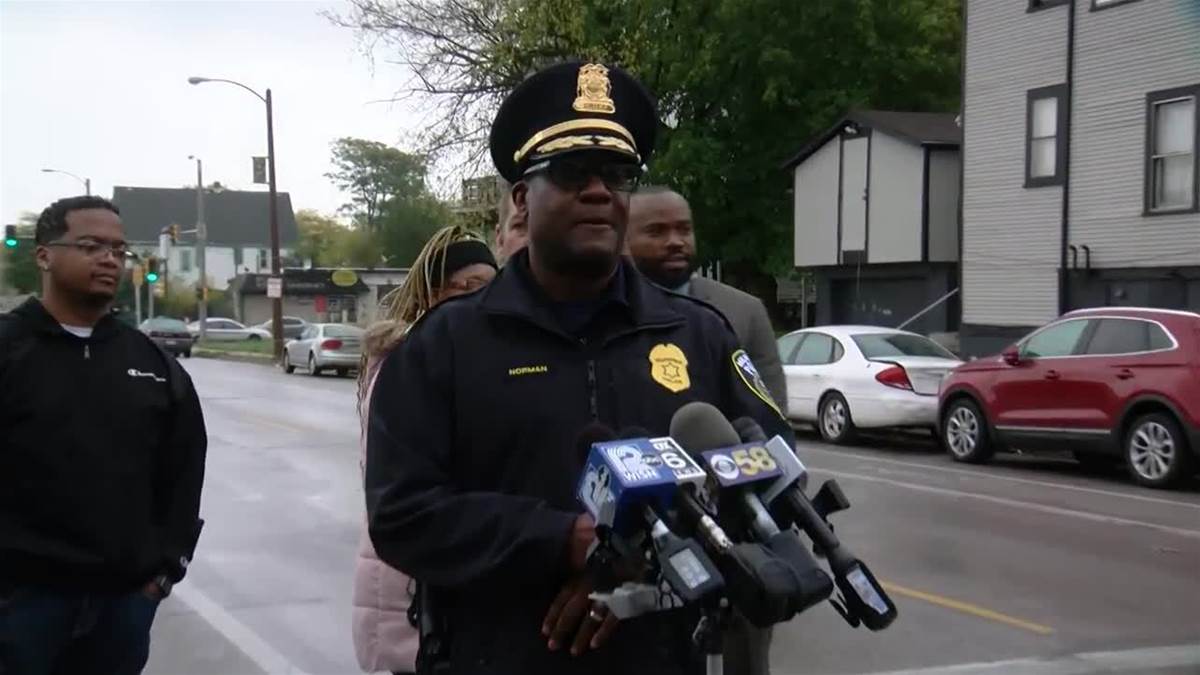 Milwaukee police found the child's body in the 5300 block of North 35th Street.

"This is an ongoing investigation, this is something that is very fluid at this time," Acting Chief Jeffrey Norman said. "My heart and my condolences go out to the family."

Major had been missing for a week, ever since his mother, Mallery Muenzenberger, 25, was found shot to death in the backyard of a Milwaukee home Oct. 14.

Muenzenberger and her son lived in Onalaska, near La Crosse, and police said she and her son were last seen alive on Oct. 9 in Milwaukee.

Authorities initially struggled to identify Muenzenberger and notify her family, in part because she was not a local resident, but when they did make contact with relatives last Saturday, they learned her son was missing and issued an Amber Alert.

Police quickly developed a suspect in Jaheem Clark, 20, but he died by suicide Sunday as officers approached the home where he was staying.

The next day, police found Muenzenberger's black SUV near a laundromat in the 5200 block of North Sherman Boulevard. Blood was found inside the car.

That day, and in the days since, Milwaukee police and volunteers have searched parks, neighborhoods and even rural areas in Dodge and Washington counties. Major's father and Muenzenberger's family have pleaded for help in finding the child.

On Wednesday, police confirmed they had taken people into custody who they believed may have knowledge of what happened. Based on new information from those individuals, Milwaukee police and volunteers canvased the area around 3500 W. Center Street on Thursday afternoon.

Two men, ages 21 and 29, remained in custody late Thursday and had not been charged, police spokesman Sgt. Efrain Cornejo said.

Four other people who had been arrested were no longer in custody, he said.

Amid a cold drizzle, 50 officers and 40 volunteers spread out in the neighborhood, looking inside garbage cans, abandoned vehicles and bushes. Officers knocked on doors and asked residents if they had seen or heard anything about the boy.

Many of the volunteers were mothers, compelled to act as they thought of their own families.

"I would want somebody else to do it for me," said Tabitha Mortenson, who drove from her home in Waukesha on her day off.

The pain of Major's disappearance and his mother's killing was collective tragedy, said Trinika Walker, who lost her son to gun violence in 2018.

Several hours into the search, police taped off multiple streets near North 35th Street and Rohr Avenue. Major's father, Carlton Harris, and others huddled in an alley.

Police located Major's body in a storage bin in the 5300 block of North 35th Street, according to a law enforcement source.

"I can't believe it, that boy is dead," Sabrina Henry, who lives in the area, told a Journal Sentinel reporter. 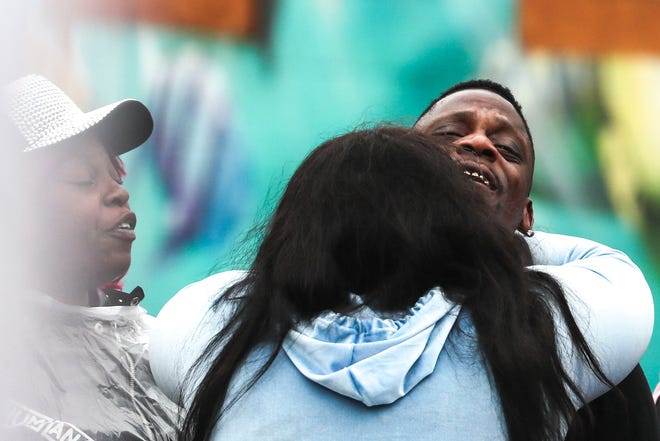 Carlton Harris, visibly shaken, emerged from the alley and began cursing. Supporters surrounded him and tried to console him as they led him from the scene.

The crowd swelled to nearly 100 people and as officers began to remove the crime scene tape, they surged into the intersection and stopped traffic, hurling water bottles at passing cars whose drivers ignored signals from volunteers trying to redirect traffic.

The crowd dissipated after about 15 minutes.

The search for Major and for justice in his mother's killing has dominated news coverage in Milwaukee.

But the case hardly made national news, something noted by several volunteers on Thursday who compared the situation with the seemingly nonstop coverage of the disappearance of Gabby Petito, a young white woman.

"You've got a 3-year-old baby who cannot speak for himself, and nobody's making a big fuss about it like they did Gabby," said Nicole Taylor of Milwaukee. "It's a big difference." 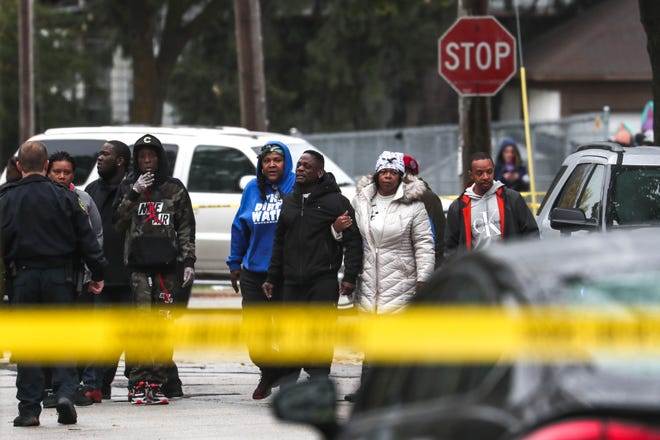 Over the past week, Major's father, community activists and some volunteers had criticized Milwaukee police for not doing enough to find the child.

Much of the criticism stemmed from police officials' first news conference Tuesday, when authorities said they had no plans to canvass other areas until they received additional, credible information.

The next day, Major's father called the department "a joke" and said he was frustrated police were not actively searching parks and other areas in the city. Hours after making those comments, he and volunteers searched Washington Park and other locations with help from activists Tory Lowe and Vaun Mayes.

Thursday marked the first time the police department had asked for volunteers to help search, though police repeatedly asked for anyone with information to contact them.

Norman defended the department's actions, saying police had to be strategic in how it deployed different resources.

"As soon as we found out during the investigation that there was a child missing, the Amber Alert went out," he said Thursday, later adding: "We also understand the urgency and the seriousness."

"I share the sadness people throughout Milwaukee feel with the death of Major Harris, and I offer condolences to his family," Barrett said. "Our prayers for justice and peace continue."

Muenzenberger's family had prayed for a safe return for Major.

Earlier Thursday, her family issued a statement remembering her as a kind soul with a sweet smile and as a mother “who loved her little boy with all of her heart.”

"Her son was her life — her joy — her purpose, her future," the family said. "She loved her family.” 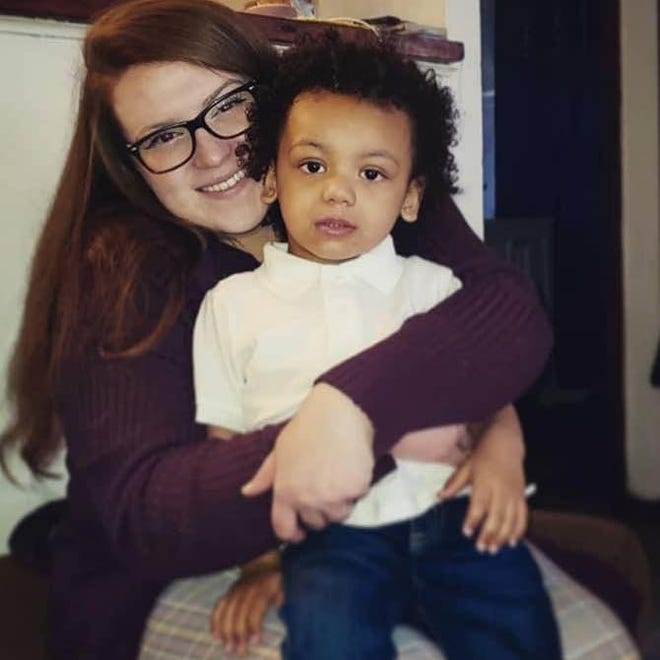 "We are heartbroken as we prepare to say our final goodbyes to Mallery who was taken from us in such a violent fashion," according to the statement.

She "faced her death at the hands of domestic violence,” the statement read, noting that October is Domestic Violence Awareness Month.

"As we have been searching through her belongings, we came across her high school senior project,” the statement read. "How ironic that the topic she chose to present was Domestic Violence Awareness.”

The family asked everyone to keep domestic violence victims "in your hearts and say a prayer that their souls rest in peace."

Milwaukee police have said Muenzenberger and the suspect in her killing were acquaintances and have not elaborated on the nature of their relationship.

On Thursday, Muenzenberger's family said she had become "involved in a life she never shared with our family."

"She was much too private," the statement read. "She was an honest person with too much trust, we have found out.”

As the family prepared for Muenzenberger's funeral services, they said they were desperate for any information about her son's location.

"We will never rest until we locate Major," the statement said.