Two young women were out jogging when, suddenly, they were viciously attacked. The assault lasted for 30 minutes. Graphic photos have revealed what one of the victims looked like at the end of the horrifying feeding frenzy.

Isabella George, 19, and Rebekah Forgey, 20, were out jogging on a rural road in Carroll County, Indiana, on an ordinary Thursday evening when things took a terrifying turn. While the two cousins were out for a run, they found themselves being mauled by a vicious pack of four ravenous pit bulls after the animals charged at them from an unkempt, tree-lined property. 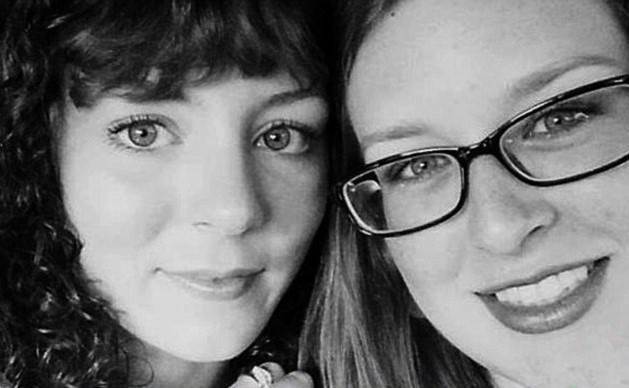 Panicked and terrified, the women made a dash across a field towards Isabella’s home but the dogs caught up with them and took them to ground before tearing at their flesh. Shockingly, the “feeding frenzy” would last a horrifying 30 minutes before the pair was rescued. But, they certainly didn’t escape unscathed.

Disturbingly, the ferocious dogs ripped most of the scalp off one cousin and left the other with deep wounds all over her body after the women fought for half an hour to keep the dogs at bay but couldn’t get away from them. While Isabella suffered deep puncture wounds all over her body, Rebekah was admitted to intensive care after 75 percent of her scalp was torn off. 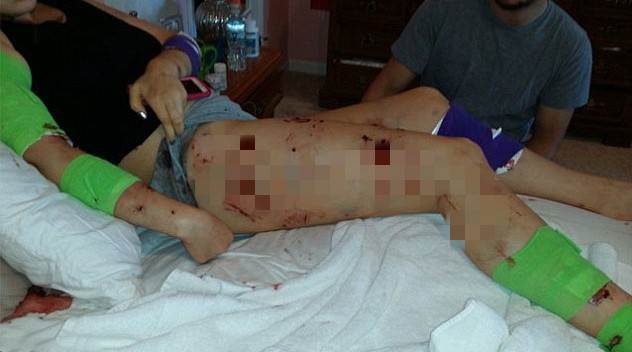 Shena George, Isabella’s mother, has since shared images of Isabella following the attack. In the photos, the teen is seen with deep puncture wounds from the dogs’ teeth covering most of her body. The gruesome pictures reveal that Isabella was bitten from head to toe, suffering both the deep puncture wounds as well as large bruises all over her body. 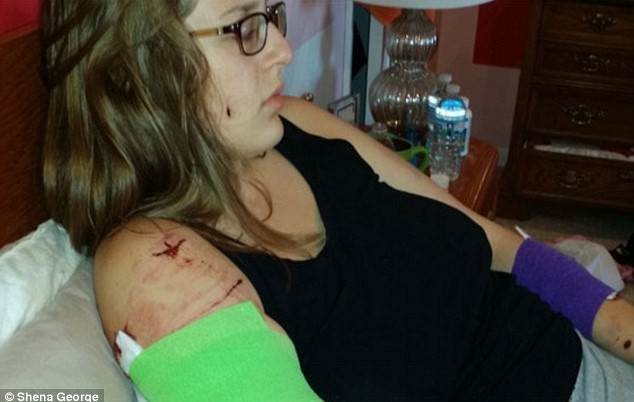 However, Isabella, who was recovering at home shortly after the attack, fared much better than her cousin. Although she was listed in stable condition, Rebekah was airlifted to another hospital and admitted to the ICU. She will reportedly need surgeries, including muscle and skin grafts, to repair parts of her body where chunks of flesh and muscle were torn from her by the pack of pit bulls. 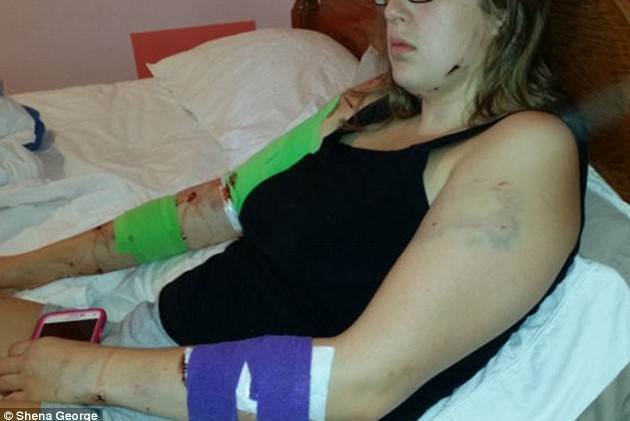 “It is like a scene out of a horror movie. When I saw (Isabella and Rebekah) they were covered in blood and just mauled. It was terrible,” Shena recalled. “Rebekah has 75 percent of her scalp removed. She will not be able to grow her hair back. I didn’t know if Rebekah would make it.” 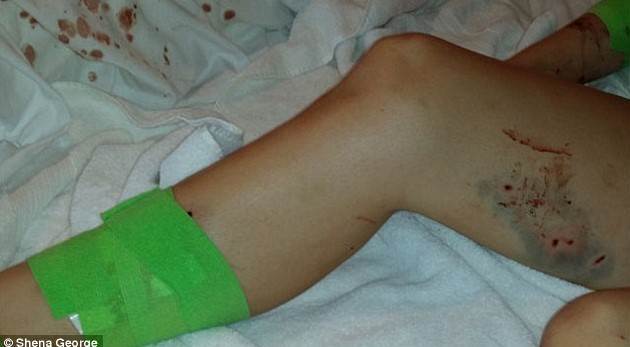 “I’m just thankful she is alive. She has bite marks all over her body,” Isabella’s father Derrick George added, shaking his head, according to WTHR.

“I mean she was holding her arms up trying to protect herself and the dogs just kept going at her, so she got it real bad on mainly her right side,” said Curtis Conklin, Isabella’s boyfriend. Speaking of Rebekah, he added, “From what I’m understanding from the family she is having to have muscle put back on her leg transplanted and 75 percent of her hair got pulled out and she had to have skin grafts.”

“The Forgey family has reported that Rebekah is in stable condition in the ICU. Please pray against infection in her wounds,” the Life Gate Church, where the cousins attend, posted on Facebook. “The dogs did not attack her beautiful face,” they added. “They love you and thank you for caring so much.”

Although their wounds are unimaginably painful, the women are indeed lucky to be alive. In fact, the attack only ended when a motorist, noticing the attack, drove her truck into the field, scattering the dogs, and hauled the women into her vehicle before calling 911, Daily Mail reported. Police later located all four dogs and killed them.

The field where the attack occurred with Isabella George’s home seen in the background.

According to the police, who called on prosecutors to bring charges against the dogs’ owner, the animals had not been fed, possibly leading to their aggression. Authorities have since charged Richard Darter, who turned himself in, with eight counts of dog bite liability, causing serious bodily injury.

“This was described to me last night in essence as a feeding frenzy, and the women were just doing everything they could to protect themselves from the dogs,” Carroll County Sheriff Toby Leazenby said. “Based on the injuries that I’m aware of at this point, I’m concerned that these animals were literally feeding.” He added a stern warning, according to the Journal & Courier, saying, “If you’re going to own an animal, take responsibility for it.”

Although the 50-year-old dog owner tried to stop the attack, Darter only ended up being bitten himself, The Indy Channel reported. He too was rescued when the motorist took action after seeing the attack. What’s worse, Darter was previously cited for not controlling his dogs and allowing them to roam off of his property unleashed. The most recent citation was only a few months before the attack on the jogging cousins. His dogs were also involved in a previous bite incident two years prior. Calling it a “Godsend,” Sheriff Leazenby said that the chances of the motorist driving along the remote country road at that exact moment were extremely small. “I think that bought her a window of opportunity to actually get the girls and get them hurriedly into her vehicle,” he explained. “Fortunately, this individual had the mindset that she was going to save these girls and get them out of that situation.” Indeed, the unnamed woman was not only brave but wise in her plan of action. I shudder to think what would have happened had she not been in the right place at the right time and willing to intervene.