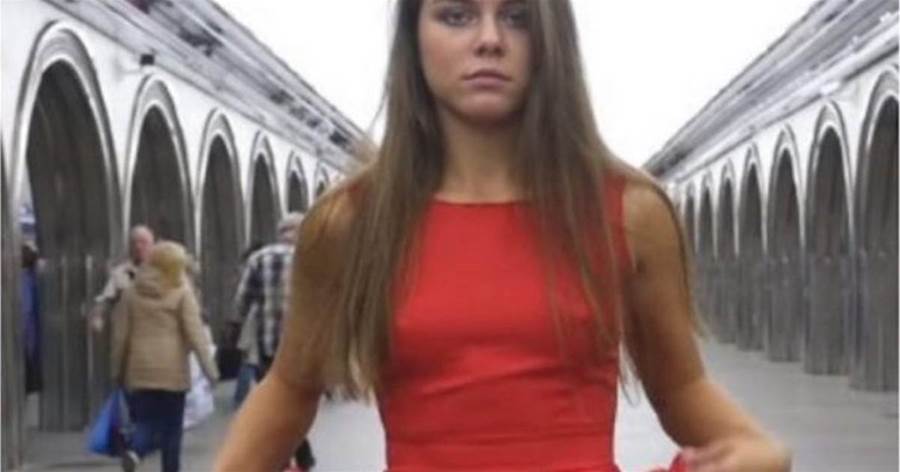 Home » Pretty Girl Shows Her Panties In Public, Claims It’s For A Good Cause

Pretty Girl Shows Her Panties In Public, Claims It’s For A Good Cause
Antonia
Antonia

She’s pretty, she’s blonde, and she’s showing her panties in public and on video. Innocent onlookers are suddenly faced with a flashing young woman, exposing her underwear in crowded places. She claims to have a good reason for it, but not everyone understands or agrees. You be the judge. 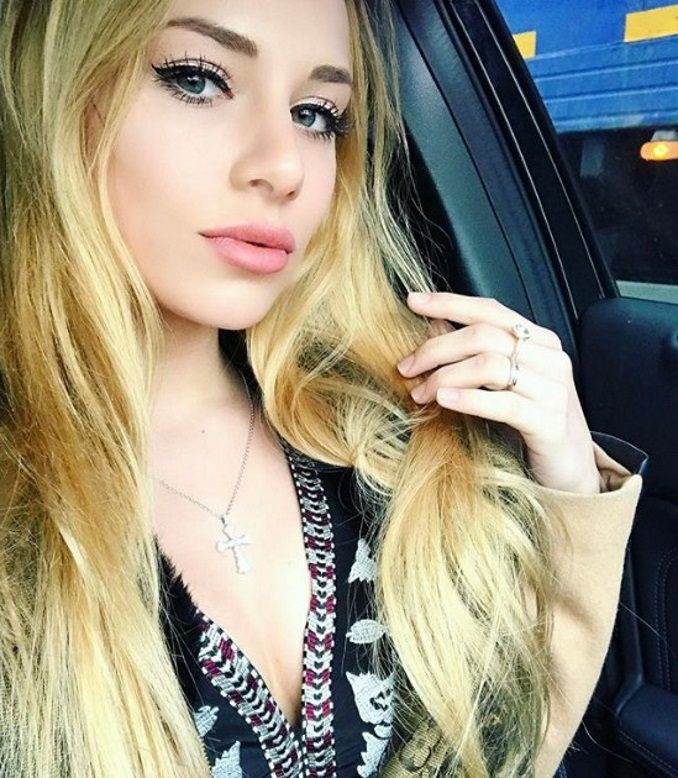 Anna Dovgalyuk, a Russian student, is taking a stand in a highly controversial way. In a form of protest, she lifts her skirt in crowded public places, forcing passersby to have a look at her panties, while cameras roll to capture it all. She chooses crowded places, like a subway station, to maximize her exposure — no pun intended.

Of course, the display is already controversial, but when people find out the reason behind her provocative stunt, many are left even more confused. According to Anna, she’s lifting her skirt to battle against and call for the criminalization of  “upskirting,” where sexual predators film under unsuspecting women’s skirts using mobile phones or specially made devices. 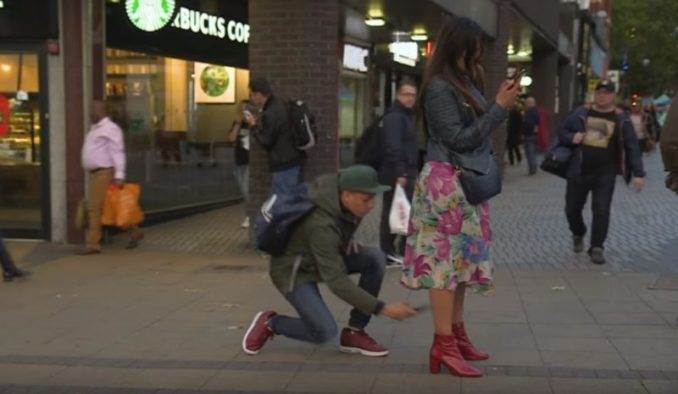 An example of upskirting

Anna claims that she made the controversial video, seen below, on behalf of all the women who have been the victim of “upskirting” creeps, who capture photos and footage without the target’s knowledge. The private images and clips are then often sold on the internet to fellow perverts.

“So take a look at what we have under our skirt and don’t come near us anymore!” she says in the caption of the video, according to Project Authenticity. She doesn’t have the power to change the law, but in the description of the video, she says that she hopes to draw attention to the problem with her “video manifest.”

First, let’s get one thing out of the way. She’s right when she says upskirting is a problem that should be criminalized, and taking on such a cause is honorable. However, is she really going to make the progress she desires through the methods she is deploying? Unsurprisingly, Anna came under fire.

Some would argue that she’s just making an upskirter’s job easy, giving them what they want. Almost proving that she’s playing into the hopes of those who support the objectification of women, there were plenty of predictable reactions, such as “I hope this movement catches on.” 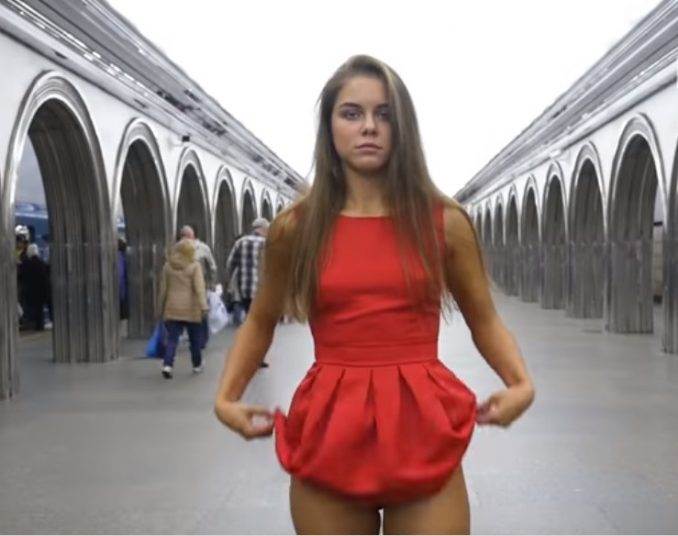 Anna has also caught backlash, accusing her of only doing this for attention. A popular comment on her video, when translated, reads, “Girls will be girls, they can’t think of anything else except showing their @ss.” Others are quick to compliment her beauty and her “thigh gap,” focusing solely on her body and not any point she is trying to make.

Sadly, it seems the video didn’t bring attention to her cause as much as it did her backside, which is an unfortunate yet predictable result of using our bodies rather than our minds to try to influence the world around us. Instead of stopping sexual harassment and assault, it’s as if her video encouraged it, but there’s another problem Anna might not have considered. 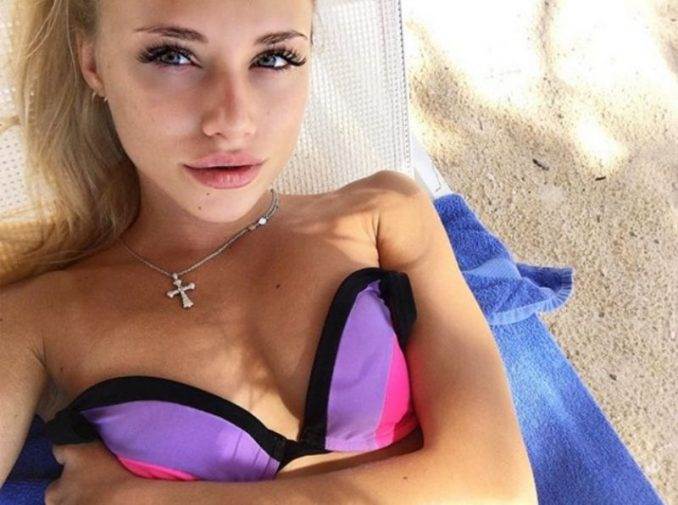 While many men enjoyed the display, there were people around her who likely didn’t want to see it, such as parents with young children or just those who prefer modesty and frown upon public indecency. This is not something I’d want any of my own children to do, so it’s not something I would want them to be exposed to either.

Upskirting, which Anna is fighting against, is considered by many, including Anna, to be a form of sexual assault and harassment. Sexual harassment is defined as unwanted, unwelcome sexual advances. It includes verbal and/or physical conduct of a sexual nature. Think about that as you look at this: 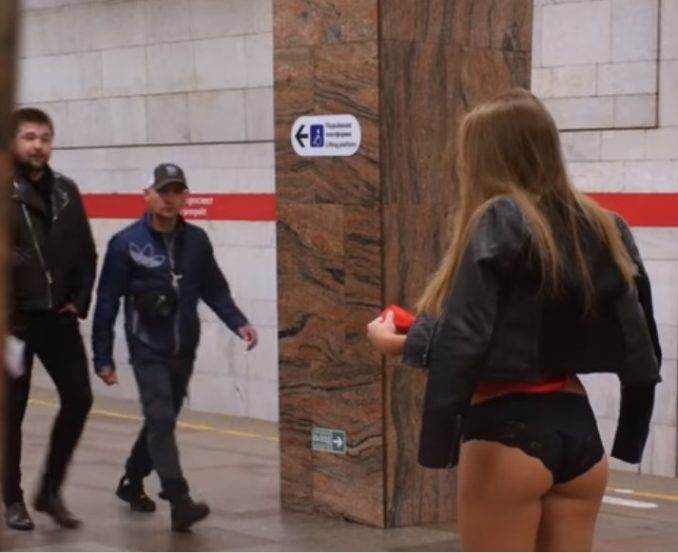 Although her underpants were more modest than if she had been wearing a thong, the cheeky black panties are inarguably a sexually charged display. Creating a sexually charged environment to fight against sexual harassment does, indeed, seem counterproductive, doesn’t it?

Does this display discourage anyone from issuing an unwelcome sexual advance? Wouldn’t this encourage such a reaction? It certainly doesn’t say a sexual advance is unwanted, that’s for sure.

As Anna fights this harassment, she inadvertently sexually harasses others in her own way as she forces her sexually charged display on them without their consent.

Don’t agree? How would she and those who support her form of protest react to a man flashing himself at them in public? Most likely, they would call that sexual assault and be very upset by it — and rightfully so.

It seems this is another case of two wrongs don’t make a right. That said, the Golden Rule is always a good example to follow. Do unto others as you’d have them do unto you.

If you wouldn’t want a stranger sexually harassing you, exposing themselves in their undergarments as you simply try to board a train, don’t do it to others. And, if you really want to make a difference in the world, it will take more than your cute little bum to do it. You are going to have to use your head, not your other assets.