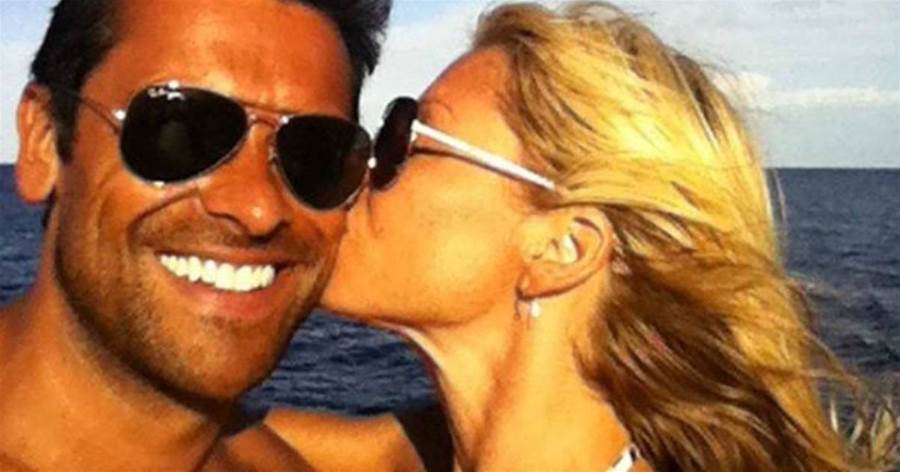 Kelly Ripa’s “fans” had a lot to say after her husband proudly posted an “offensive” picture of her while they were on vacation. Mark Consuelos had taken a picture of his wife standing in the water in a bikini with the caption, “Sultry Sundays with the beautiful one are my fave…” However, not everyone was as captivated by Ripa’s beauty as her husband. 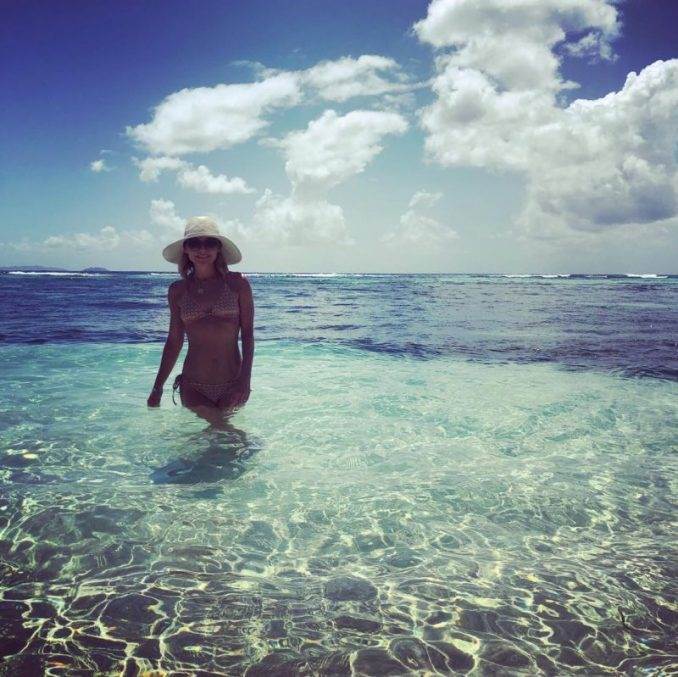 Mark Consuelos posted a picture of his bikini-clad wife on the beach.

After Mark Consuelos posted a picture of his bikini-clad wife on the beach, some social media users were offended. One Instagram user commented that Kelly Ripa looks like a “12-year-old boy” in a swimsuit, and another one said, “Kelly’s gorgeous, but isn’t there a cutoff age where age-appropriateness comes into play? Just because you can rock a bikini, doesn’t mean you should.”

Talk about judgmental! Consuelos responded to the harsh criticism of his beautiful wife after a couple days of contemplation over how to handle the hurtful comments. Instead of ignoring the naysayers, he decided to put them in their places and argue on his wife’s behalf. 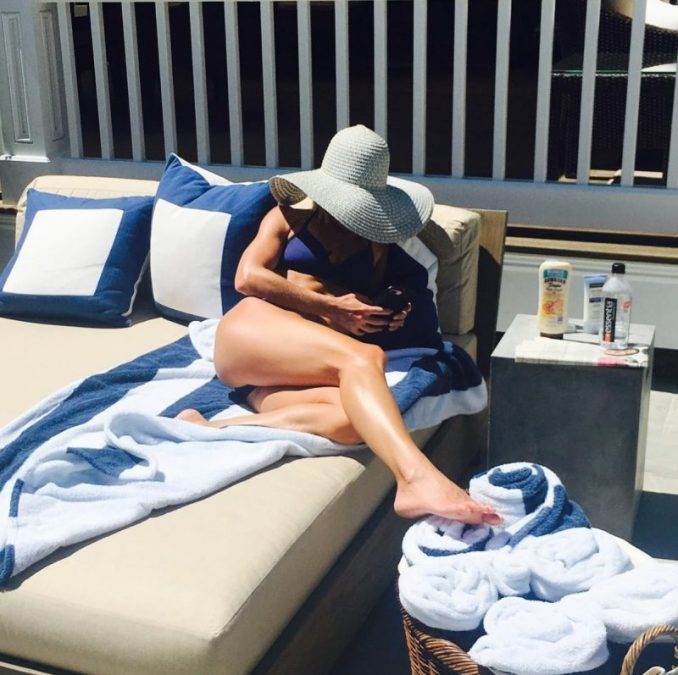 “I wanted to take a couple days to weigh in. Probably should’ve earlier arguably. But I wanted to be above it. Well, now I’m not,” said Consuelos. “I posted this pic of the women I most admire as a playful tribute to my wife who I’m proud of in endless ways. She works extremely hard in her professional life and her commitment to exercise, healthy diet is admirable and the benefits show,” he continued.

“Yes she’s wearing a bikini at age 47 and will no doubt wear one for many years to come,” added Ripa’s adoring man. “If that offends you in some way, if it triggers you, or some other psychosis you’re suffering from, I suggest you get over it and get used to it. To all the males that had something negative to say.. I suggest you bring it up with me if I’m ever lucky enough to run into you. I’m going to get back to my vacation now.. Thanks for allowing me to express myself.” 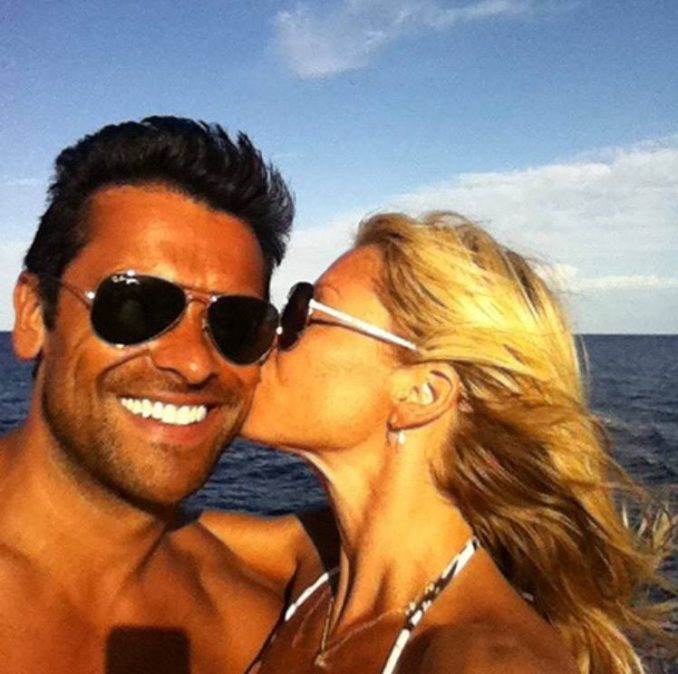 The couple is known for their witty responses to people trolling on their social media pages. Earlier this year, one Instagram user commented on a picture of Ripa and Consuelos, saying, “Too bad he’s short when he tries to look taller. It looks funny. Just be who you are.”

Consuelos retorted, “Please tell me how it is I can try to look taller. I’m dying to know,” but Ripa had the ultimate comeback as she replied, “He’s tall where it counts babe.” 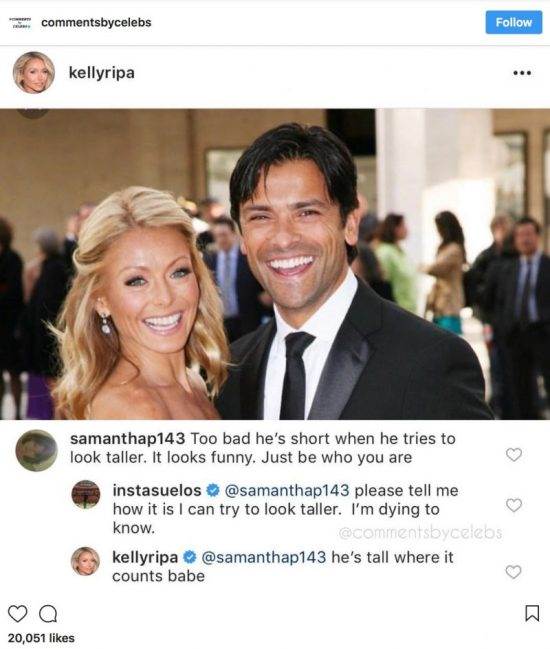 Kelly Ripa and Mark Consuelos are known for their witty responses to people trolling on their social media pages.

Let’s be honest for a second. Kelly Ripa looks AMAZING in a bikini. There aren’t many 47-year-old women out there who wouldn’t die to have her washboard abs, especially after three children. Hard work and self-control pay off, and Kelly’s stunning figure is proof.

If you need more proof that Ripa rocks a two-piece, just take a look at the nasty comments on her husband’s Instagram post. That, my friends, is what they call jealousy, and it’s very ugly.