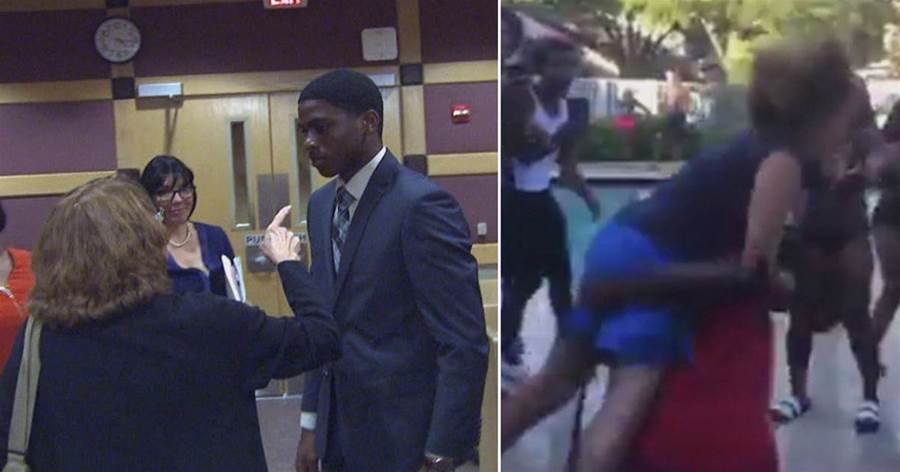 Home » Granny who was thrown into the pool by teen said as long as he promised a condition, his jailtime could be spared

Granny who was thrown into the pool by teen said as long as he promised a condition, his jailtime could be spared
Antonia
Antonia

A 68-year-old grandmother and the teen who body-slammed and dragged her into a pool in a shocking viral video came face-to-face during a dramatic court appearance.

Leon Balfour, 16, turned himself in to police after attacking Nancy James at a North Lauderdale, Florida, pool party in May when she had asked him and his friends to turn their music down.

The teen apologized to the grandmother in court earlier this year and was sentenced to 200 hours community service and a nightly curfew.

'What he did was a very cruel thing. Very cruel. Very inhuman,' James told the court, before addressing Balfour directly. 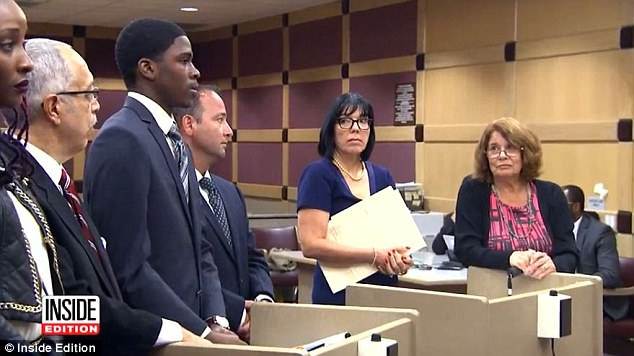 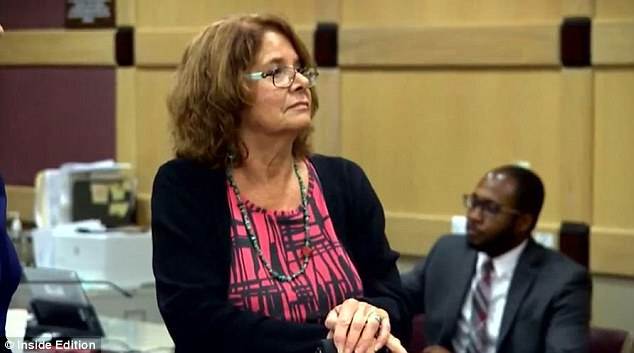 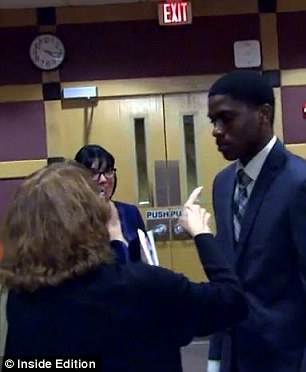 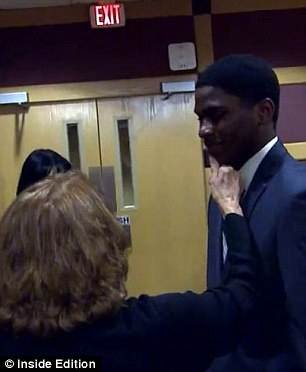 'You have so much ahead of you,' she told Balfour. 'You're a young kid. You've got college. You got hopes. You got dreams, and you know what, unfortunately, this will follow you forever.'

They came face-to-face at Balfour's sentencing in July, but video of their meeting has recently resurfaced.

Balfour turned to James to apologize after the presiding Judge Elijah Williams called him a 'dead man walking'.

'I mean this from the bottom of my heart that I had no intention of inflicting any pain or harm on you,' Balfour said as he read an apology.

His mother, Shekita Johnson, was the person who encouraged her son to turn himself in to police after the incident last May.

Johnson said in court: 'I just want to apologize to you for what my son did. I didn't raise my child that way. 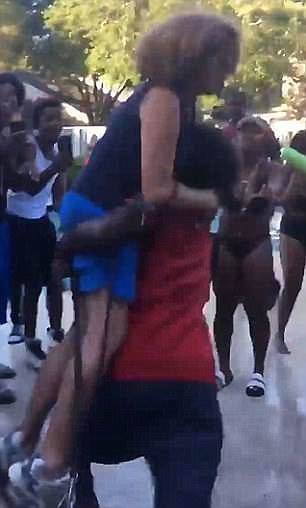 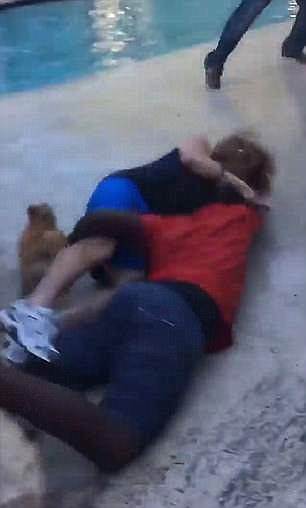 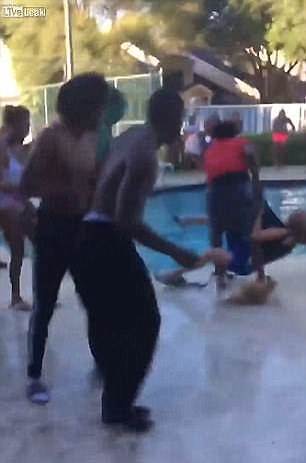 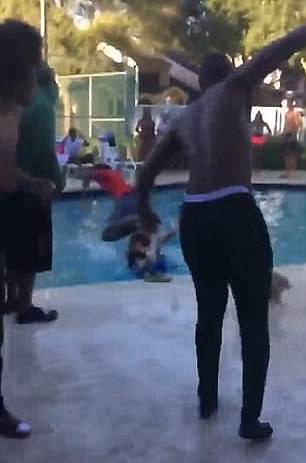 It's unclear if Balfour meant to body-slam James or if he slipped. Either way, it didn't stop him from continuing the attack. Once he got up, he dragged the woman into the pool with him. Her dogs were luckily able to escape before being pulled into the water

Video from May shows the moment James stopped by a ruckus pool party in her townhouse complex to ask a group of teens to turn down their music.

Several neighbors had called police to complain about the music, but sheriff's deputies were slow to arrive. So James, who is the director of the board for the townhomes, decided to stop by to ask the teens to turn down the music herself.

Some of the partygoers then started to yell 'Throw her in!' and Balfour complied.

Balfour lifted James up and then body-slammed her to the ground, while she was still holding on to the leashes of her two dogs.

It's unclear if Balfour meant to body-slam James or if he slipped. Either way, it didn't stop him from continuing the attack.

Once he got up, he dragged the woman into the pool with him. Her dogs were luckily able to escape before being pulled into the water. 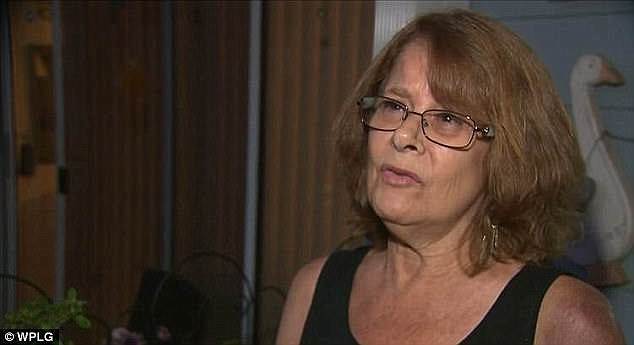 Prior to being thrown into the pool by Balfour, James had undergone surgeries on her hip and heart

The video ends with most of the teens fleeing the scene. Prior to the incident, James had undergone surgeries on her hip and heart, according to Inside Edition.

A sheriff's deputy who responded to the incident wrote that James was 'very frightened and upset' and was 'drenched in the water from her shoulders down'. She had her cellphone and her key fob in her pocket when she went into the water.

When she spoke out to local news outlets following the incident, James sported a large bruise on her shoulder and one on her leg.

Despite the traumatic experience, James saw Balfour as a young man with a promising future, even if he did a stupid thing.

She asked the judge to sentence him to 200 hours of community service and a 8pm curfew on weekdays and 6pm on weekends.

Balfour was told by the judge that he was to spend 100 hours of the community service time working with the elderly.

The teen was also ordered to pay James $200 for her damaged cellphone.

On the way out of court, James waved her finger at Balfour before touchingly grabbing his chin.