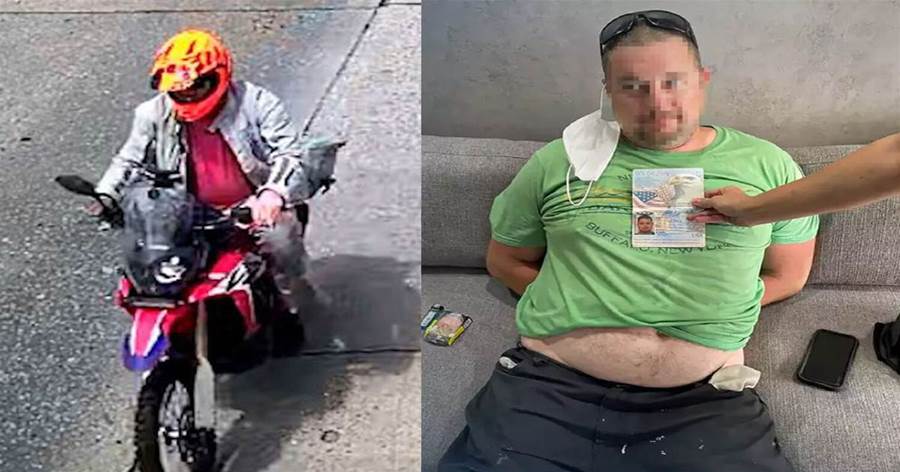 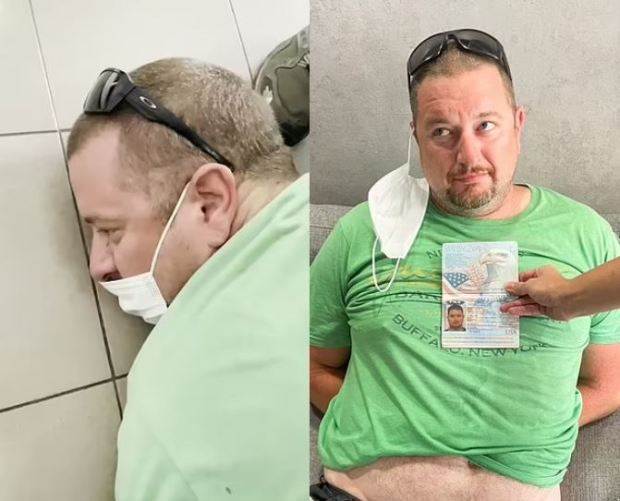 Robert Andrew Gordon, 37, from Colorado, [L-R],is seen pinned to the ground and arrested in Bangkok on Saturday, after allegedly raping a masseuse and sexually assaulting a 13-year-old girl while high on meth, by his own admission

A US tourist has been arrested for raping a masseuse and sexually assaulting a 13-year-old girl in Thailand, told arresting officers that he committed the crimes after becoming hypersexual while high on drugs, therefore could not control his actions. Robert Andrew Gordon, a 37-year-old married man from Colorado, allegedly attacked the 45-year-old woman and raped her and left unconscious with severe head trauma at a massage parlor in Khon Kaen province, northeast Thailand, on Monday, September 27.  Gordon then fled on a motorbike. While in fleeing the law, he also sexually assaulting a 13-year-old girl who was selling honey at a roadside stall, Thai authorities said.  After police issued a nationwide alert Gordon was taken into custody 300 miles away, in a hotel room in the notorious red-light district Soi Nana in the capital Bangkok.

The suspect allegedly confessed to both attacks but claimed the fact he was high on methamphetamine pills and had no control over his actions was a mitigating factor.  Thai authorities have charged him with physical assault, rape and illegally detaining others.  Gordon on raped the masseuse at a Thai massage shop in Muang district on Monday morning, police said. The victim was working alone when the attack occurred, police said, adding that the rapist later fled on his motorcycle. 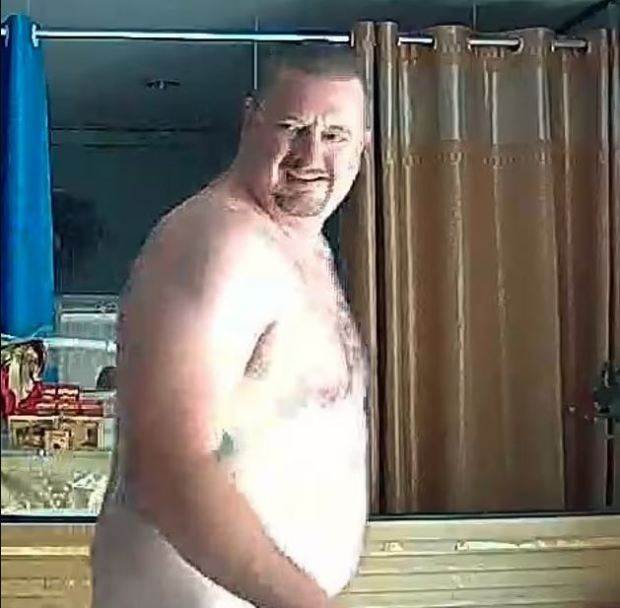 Gordon was caught on CCTV walking around naked in the massage parlor reception area before he allegedly raped a 45-year-old woman and fled on a motorbike in Khon Kaen province, northeast Thailand, on Sept. 27

Gordon had been caught on CCTV walking around naked in the massage parlor reception area before he allegedly raped the woman.  Moments after the alleged assault he was caught on camera dressed hurriedly leaving the parlor.  Shocked locals noticed blood and water coming from the door of the massage parlor before finding the unconscious woman inside.  She was rushed to hospital with severe head injuries but later regained consciousness.  Officers said they were coordinating with doctors to do a thorough physical examination to determine the extent of the women’s injuries.  Police said she had not yet been able to answer questions about the alleged assault and it was not clear if she knew Gordon.  Later that day he allegedly, attempted to rape the girl in Ban Phai district before fleeing on his bike. 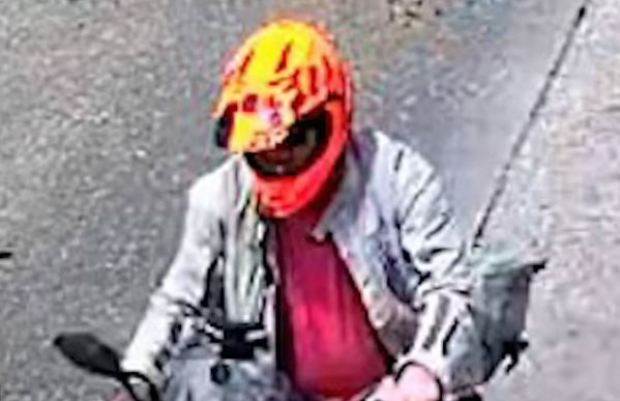 After the alleged rape, Gordon was caught by CCTV fleeing on a motorbike. P olice say he also stopped and sexually molested a 13-year-old girl who was selling honey from a roadside stall

The teenager was being sexually assaulted in broad daylight at a roadside stall where she was selling wild honey when a lorry driver witnessed the incident. The 13-year-old identified her assailant from photos when her mother took her to the station to lodge a complaint. Investigators also interviewed the lorry driver who allegedly witnessed the attack on the teenage girl. They also spoke with Thai women in the area who have foreign husbands as well as checking immigration records and following his tracks on CCTV. During the investigation, the alleged victim’s son said: ‘My mother worked abroad and has only returned here recently. She then worked at the massage parlor.’  Footage later showed the American being pinned to the ground and handcuffed.    Deputy national police chief General Damrongsak Kittipraphat said: ‘The suspect attacked the massage worker then molested a young girl while he was escaping. ‘Officers checked CCTV from the shop and immigration records. With the help of witnesses, we were able to identify the man.’ Investigations established that Gordon arrived Thailand as a tourist. 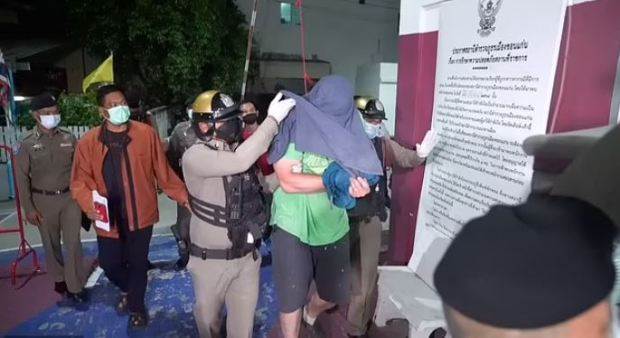 Local media showed images of Thai police arresting Gordon in Bangkok on Saturday, where he had fled on his motorcycle after an alleged series of sexual assaults 300 miles away, on Sept. 27

Police obtained an arrest warrant from the Khon Kaen provincial court before Gordon was arrested Saturday in Bangkok, where he had fled on his motorcycle. General Damrongsak Kittipraphat added: ‘The American man confessed to the attacks and said he was under the influence of drugs at the time. He blamed them for making him feel overly sexual. ‘Our team of officers lead the investigation and arrested him at a hotel. We found the same clothes and same motorcycle from the scene of the crime. The suspect confessed and he has been charged according to the law.’ Gordon has reportedly refused to take part in a public reconstruction of the crime. Citing concerns for his safety Gordon has balked at cooperating with investigation into the alleged assault on the 45-year-old masseuse. He also questions whether police use different standards for Thai and foreign suspects as they decided to accept Gordon’s request not to conduct the crime re-enactment. Investigators said they will go to the provincial court Monday for an extension of his detention order as they continue with the investigation. Gordon is married. Khon Kaen police said the suspect’s wife and his attorney had arrived in Khon Kaen from Amnart Charoen.