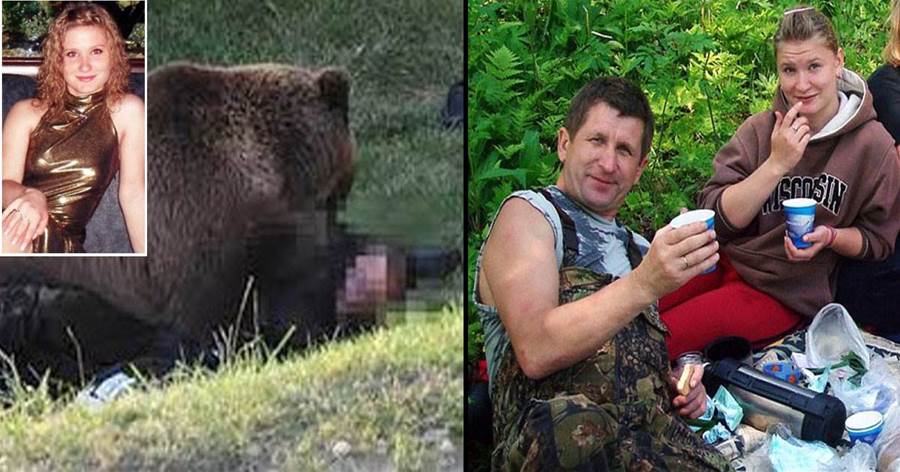 Home » 'Mom, the bear is eating me!': Frantic final phone calls of woman, 19, eaten alive by brown bear and its three cubs

'Mom, the bear is eating me!': Frantic final phone calls of woman, 19, eaten alive by brown bear and its three cubs
Antonia
Antonia
Stepfather was also killed in the brutal attack.

A distraught mother listened on a mobile phone as her teenage daughter was eaten alive by a brown bear and its three cubs.

Olga Moskalyova, 19, gave an horrific hour-long running commentary on her own death in three separate calls as the wild animals mauled her.

Her mother Tatiana said that at first she thought she was joking.

'But then I heard the real horror and pain in Olga’s voice, and the sounds of a bear growling and chewing,' she added. 'I could have died then and there from shock.'

Unknown to Tatiana, the bear had already killed her husband Igor Tsyganenkov - Olga’s stepfather - by overpowering him, breaking his neck and smashing his skull.

Olga, a trainee psychologist, saw the ­attack on her stepfather in tall grass and reeds by a river in Russia and fled for 70 yards before the mother bear grabbed her leg.

As the creature toyed with her, she managed to call Tatiana several times during the prolonged attack.Tatiana rang her husband - not knowing he was ­already dead - but got no answer.

She alerted the police and relatives in the village of Termalniy, near Petropavlovsk Kamchatskiy, in the extreme east of Siberia.

She begged them to rush to the river where the pair had gone to retrieve a fishing rod that Igor had left.

In a second call, a weak Olga gasped: 'Mum, the bears are back. She came back and brought her three babies. They’re... eating me.' 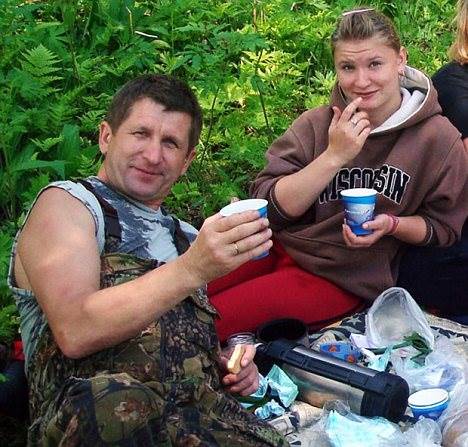 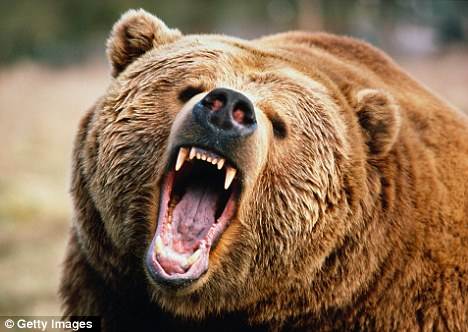 Finally, in her last call - almost an hour after the first - Olga sensed she was on the verge of death.

With the bears having apparently left her to die, she said: 'Mum, it’s not hurting any more. I don’t feel the pain. Forgive me for everything, I love you so much.'

'Mum, it’s not hurting any more. I don’t feel the pain. Forgive me for everything, I love you so much.'

The call cut off and that was the last Tatiana heard from her ­daughter.

Six hunters were sent in by the emergency services to kill the mother bear and her three cubs.

The double killing is the latest in a spate of bear attacks across ­Russia, as the hungry animals seek food in areas where people have ­encroached and settled on their former habitat.

A weeping Tatiana said that Olga had everything to look forward to, and was happy with her life and boyfriend Stepan.

'My daughter was such fun. She was so cheerful, friendly, and warm,' said Tatiana.

'She had graduated from music school, and just days before the bear attack she got her driving ­licence.'

Her husband and daughter are due to be buried today. 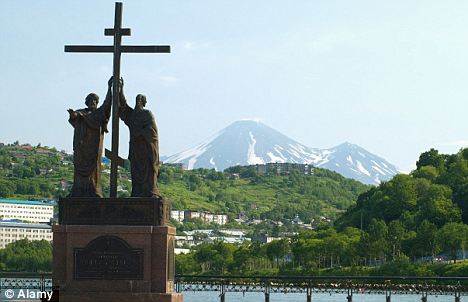 Volcanoes loom beyond the city of Petropavlovsk-Kamchatsky , in the extreme east of Siberia. The tragedy happened near the village of Termalniy which lies close to the city
User comments
Related recommendations