After spotting a panhandler in his community, a man decided to offer the vagrant a job, saying he'd give him $15 an hour in exchange for doing yard work. When the panhandler refused, the man returned with his own sign. Things escalated — and it was caught on camera.

Ryan Bray was in his vehicle at a Bradenton, Florida insection when a panhandler approached and asked for some cash, according to Fox 13. "He reached his arms inside my vehicle, resting them and said, 'Hey, do you have any money?' I said, 'No, but I have one better for you,'" Bray recalled. Instead of giving the guy a handout, Bray offered the panhandler a job. 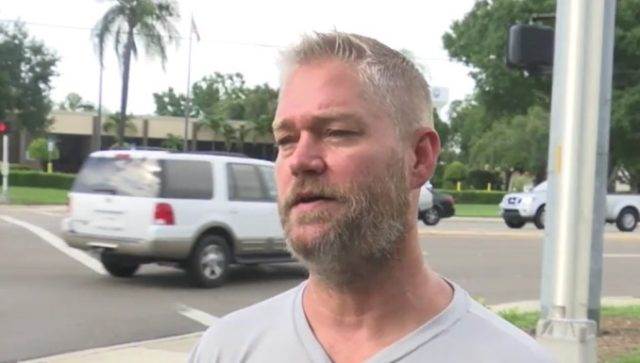 Bray — who works for Bray Remodeling, his family's business — said he'd pay the man $15 an hour to do yard work at his house, which was just down the road. Rather than being grateful for the opportunity to earn an honest living and taking advantage of the offer, the panhandler didn't take too kindly to the proposal. "He said, 'Absolutely not,'” Bray explained. 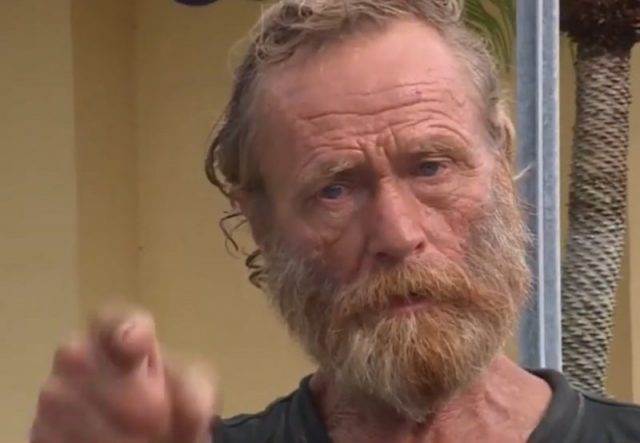 The man didn't just decline the offer, though. Bray said the panhandler "started getting belligerent and cursing" as he refused the offer to actually earn some money through work, and he allegedly even went so far as to kick Bray's Jeep as he told him to leave. Bray drove away, but he'd soon return to the scene of the rude exchange with a sign of his own.

"I offered him $15 an hour to do yard work for me and he refused. If we as a community stop paying them, they will leave our neighborhood," Bray's sign read. And, he spent three hours along the side of the road with the vagrant, holding that sign high for all to see as the man attempted to beg passersby for money. But, that's not all.

According to Bray, the panhandler threatened to rape his mother and kill his wife, all because he wouldn't just give him some money. Bray was undeterred by the threats and determined to warn others. So, rather than staying away, he returned to fight back against the aggressive panhandler once more.

With a local reporter in tow, Bray joined the panhandler who got angry about his offer at the intersection of 75th Street W and Manatee Avenue W again, but this time, he was there with cameras rolling. Unsurprisingly, the unnamed panhandler wasn't happy to see Bray return with his sign or to be questioned by the reporters who had joined him.

The transient confronted Bray and the news crew, claiming he did nothing wrong and saying that he was the one being harassed. The panhandler also used foul language as Bray stood near him along the street, but he still managed to get money from at least one driver. "You can't shut me down, brother," he said after his panhandling victory.

In another clip from WFLA News Channel 8, the unnamed vagrant showed even more agitation and aggression towards reporters on the busy street corner, where he approached cars constantly. "Get the f***ing camera out of my face, brother," he said. "Quit following me!" he yelled, telling reporters to leave. And, it's easy to see why Bray, a businessman, felt his community was being bullied by panhandlers:

Ryan Bray said he understands the plight of homelessness but wants the panhandling to end. He hopes for stricter ordinances against it and for drivers to stop handing cash through their cracked windows so that panhandlers leave and stop harassing drivers. "I can't have my 13-year-old daughter and my wife driving with their windows up and being berated the entire time if [panhandlers] don't get money," he said.

Adell Erozer, executive director for Turning Points, a nonprofit that assists the homeless, admitted that some people make a living off of panhandling and discouraged people from giving money to panhandlers. "It's hard to tell the difference between someone who is really homeless and somebody who is out there just panhandling," she said, adding advice for those who want to help the homeless:

According to the Turning Points executive director, if you want to help, you should give money directly to organizations that are helping the homeless and not to those begging for money on the street. "The best thing to do if we all really want to get rid of panhandlers is to don't give to panhandlers," Erozer said, explaining that giving to panhandlers encourages the behavior.

As the saying goes, "Give a man a fish, he will eat today, but teach a man to fish, and he will eat forever." What do you do when the man has no desire to fish for himself and would rather spend his time begging for your catch instead? Ryan Bray might have found a viable solution, simply holding a sign to warn others as he encourages panhandlers and the community to seek a hand up, not a handout.