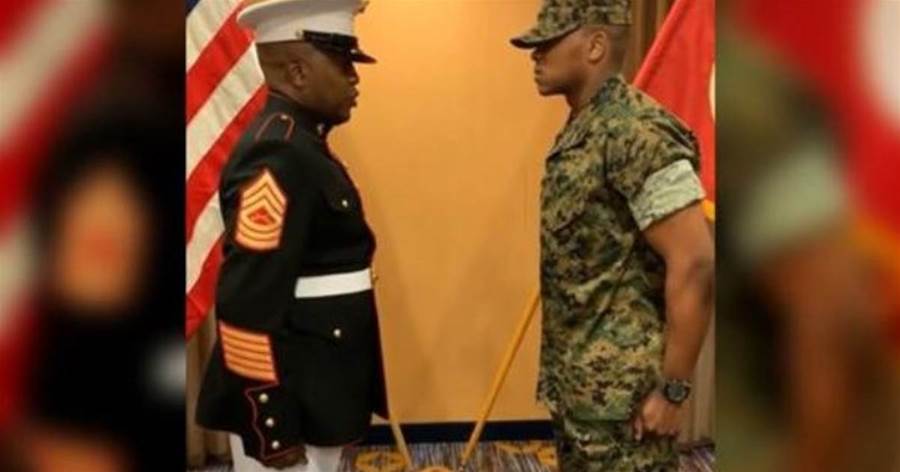 It's not just any salute. This Master Sergeant is giving his son his first salute as second lieutenant and the pride and love in his voice is overwhelming.

As kids, there’s something we all aspire to be.

Some of us might choose a different path as we grow older, but some want to go for it and chase our dreams. Either way, we all end up where we want to be with discipline, hard work, and some luck, too.

The people around us usually influence our dream jobs.

If we see how our parents or grandparents worked and how their work ethic inspired us, we easily say:

This is why we often see families with the same fields of expertise. One of these professions is soldiers.

We often hear stories of families with generations serving the country in the army. 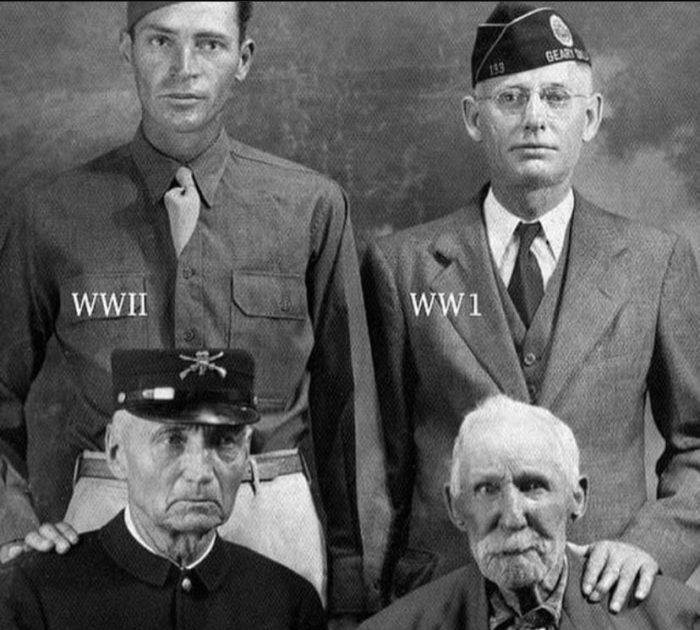 Great grandfathers, grandfathers, and parents who fought during the historical wars. Families often see this as a badge of pride and honor to serve the country. Sons and daughters of the next generation will usually follow suit.

Therefore, it is not rare that parents would give their children their first salute. 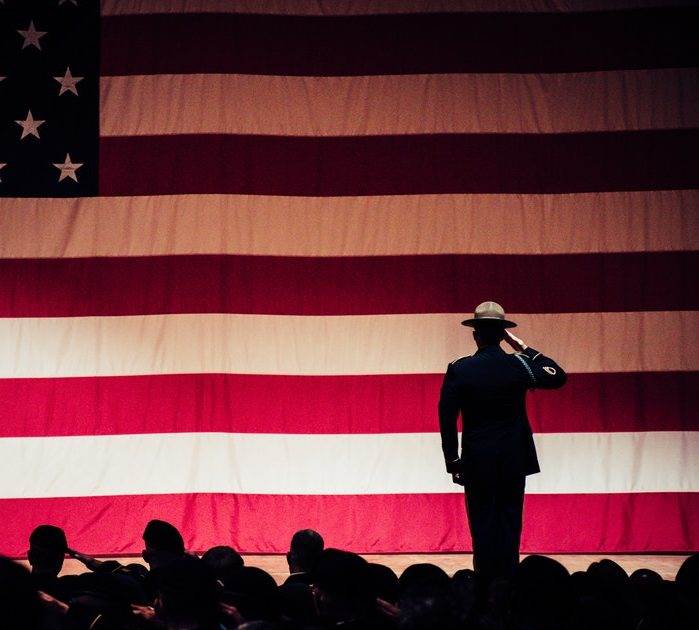 The tradition of the first salute, or also known as the Silver Dollar Salute, has been passed down for centuries.

There isn’t a clear record of when this tradition really started, but it is said that this tradition was done to commemorate a soldier ranking up to become an officer.

The one giving the first salute is someone who’s mentored them on their journey with the armed forces. 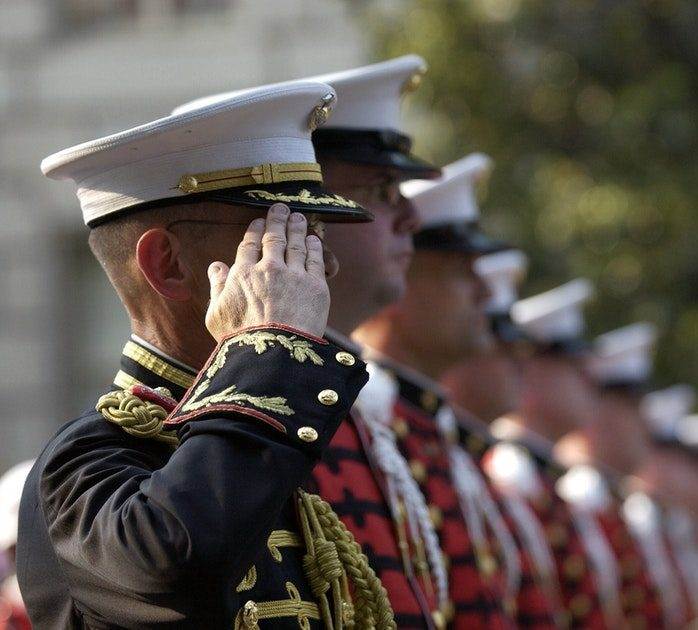 Before, it was someone of the higher-ranking officers. Some were even assigned to a mentor. Nowadays, people can choose who will give them their first salute during the ceremony as long as they have also served in the army.

This video of a father giving his son his first salute shows why this moment is significant. 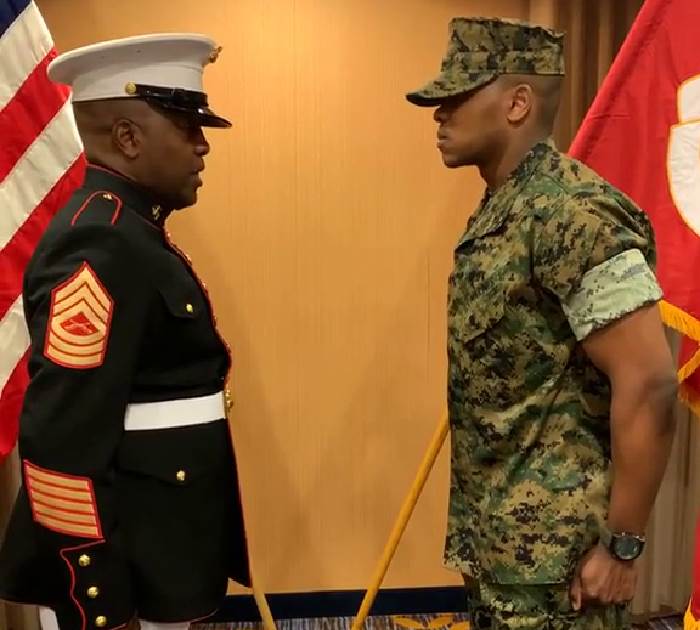 Marine Master Sergeant Michael Fisher gave his son, 2nd Lieutenant Michael Fisher, his first salute as he was commissioned as an officer. This went viral for all the right reasons. It gives us the feels.

You can hear in the father’s voice how he tried to hold back tears. 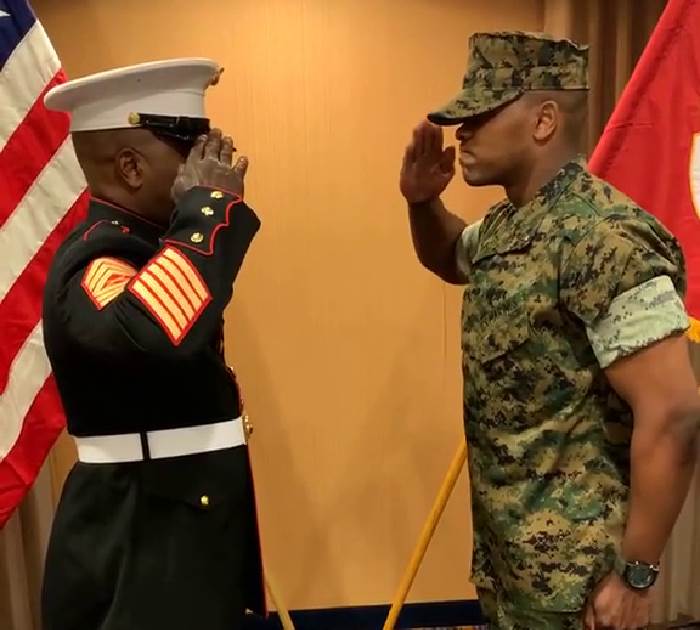 On the other hand, the son was curling his lips to try and stop his tears from falling. It was an emotional moment indeed as the father voiced how he was proud of his son at that very moment.

He recounted the times the 2nd lieutenant had been a great son and soldier.

It was when he said  that we could feel how proud he was of his son! 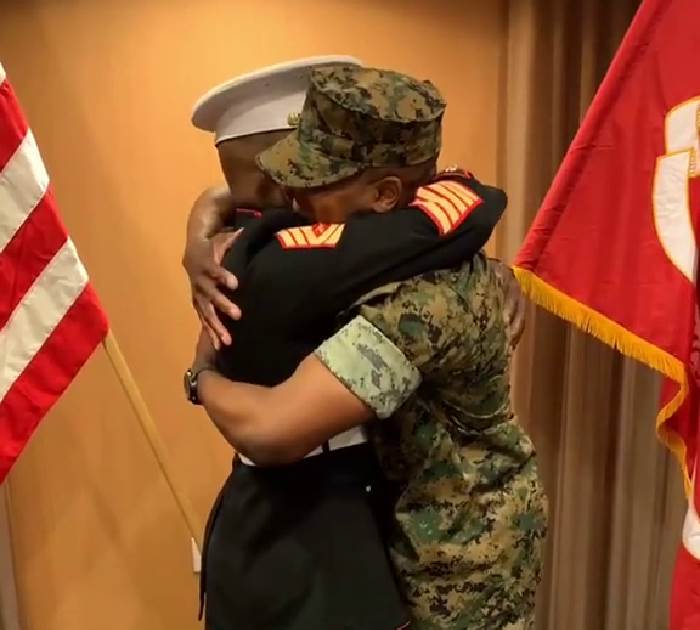 A part 2 of the video was also uploaded on TikTok, and you can see the father and son hugging it out in the end. This post went viral in an instant with 7.3 million views and 1.6 million likes on Tiktok, and is still climbing.

Catch this touching moment yourself and feel the pride of this dad in the video below!