Home » Mom brings 4-month-old on flight, only to turn heads when she starts handing out “baggies” to passengers

Mom brings 4-month-old on flight, only to turn heads when she starts handing out “baggies” to passengers
Antonia
Antonia

Anyone who’s ever taken care of a young baby will know just how challenging a task it can be.

Now just imagine trying to take that baby to another country. Perhaps some of you have, and if you’re one of those then you’ll likely know that a plane journey can be a bumpy ride.

One young mother certainly anticipated that when she boarded a flight chartered to the other side of the world. Worried her baby would disturb all the other passengers, she took matters into her own hands and acted in a way that’s now made headlines … 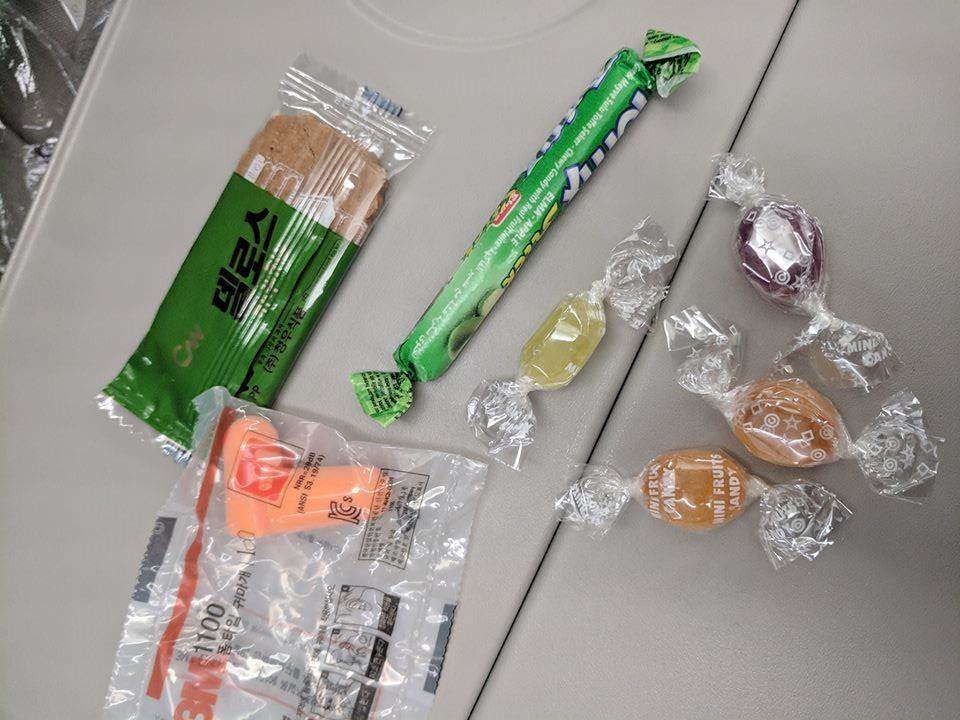 Dave Corona was one of the passengers on board the flight from Seoul, South Korea to San Francisco, USA on February 12 this year. The flight had been scheduled for ten hours and there was barely a free seat to be found.

As Dave was boarding, he noticed a young mom and her baby, just months old, and so would have been forgiven for expecting a long flight filled with plenty of screams. What he didn’t expect, however, was a bag of goodies placed on his seat when he got to it.

Inside the bag was a pair of ear plugs, as well as an assortment of Korean candies. Beside it was a note fit to melt hearts. 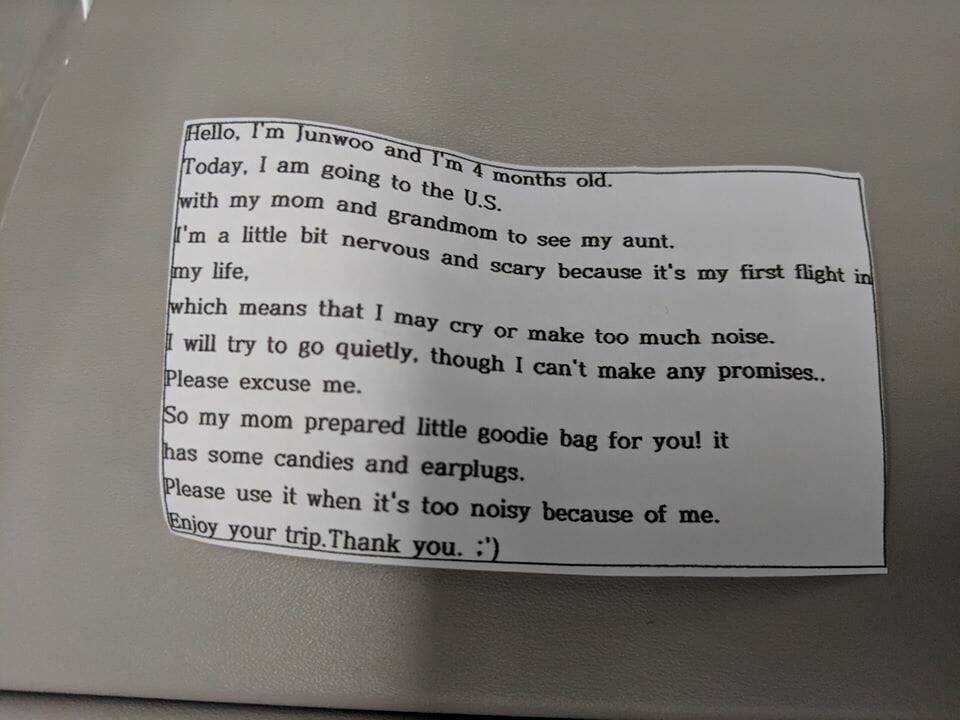 Obviously the gesture was well received by those on board. Let’s face it, how many people would go to such lengths just to ensure other passengers weren’t disturbed? Especially when it meant constructing 200 goodie bags! 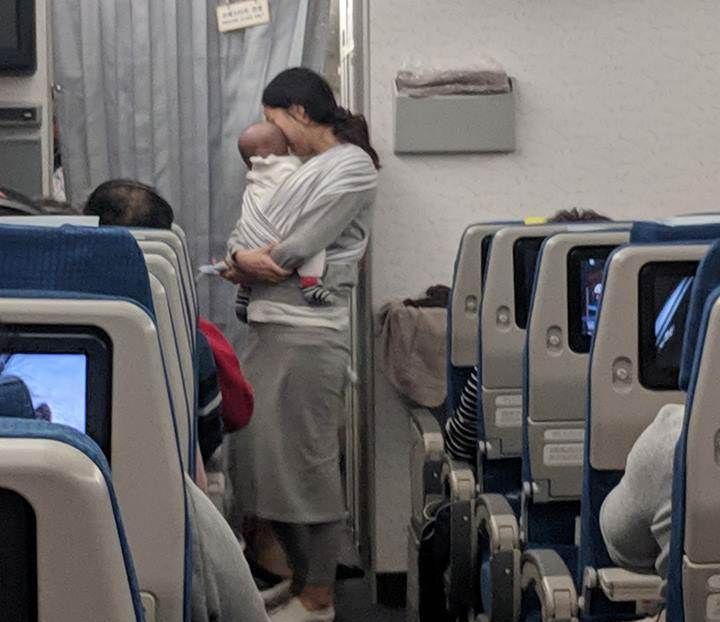 It also transpired that Dave was actually a cameraman working for KGO-TV in San Francisco. He shared his story online and it garnered plenty of attention, with people far and wide praising this woman’s actions. What’s more? The earplugs weren’t even needed: the baby slept soundly through the entire flight.

It’s little notions like this that go a long way towards restoring my faith in humanity. Having consideration for those around you is an extremely underrated quality, and one that can send ripples further than one might think!

This story certainly made me smile. The woman’s gesture was a small one, but it definitely left a lasting impression.