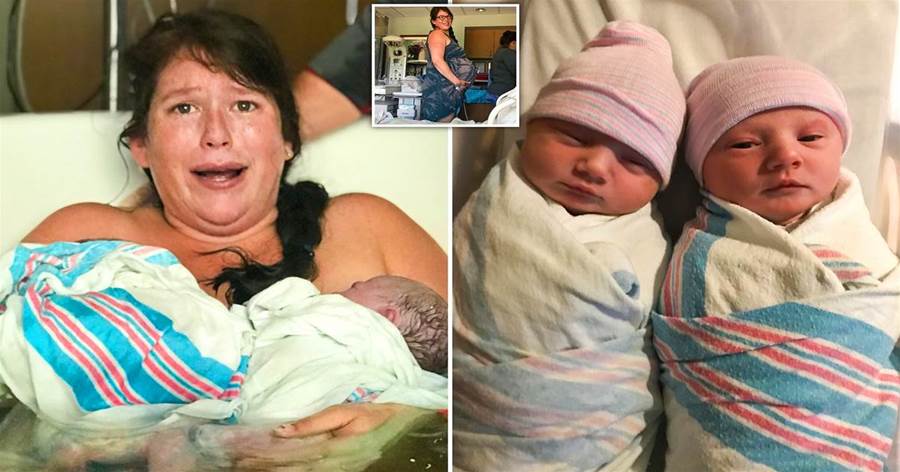 For the longest time Amber and Levi dreamed of having a family to take care of and love more than anything in the whole world.

Not using fertility drugs or anything of the sort, this little family of four was in for a surprise when Amber realized she was pregnant again. That's because, just when they thought they were done with having any more babies, the doctors informed Mom and Dad that they were going to have triplets!

And just when you thought this story couldn't get much more surprising, everyone was absolutely stunned when they realized that these three little angels had one thing in common.

It's going to take a lot of work and some help but thankfully a friend of the family was thoughtful enough to set up a GoFundMe account to pay off medical bills. The young mom and dad were going to do it all on their own with no complaining or outside help, but they're certainly thankful for their friend for thinking to help out in such a way!

Scroll down to see what was so amazing about these baby's faces! 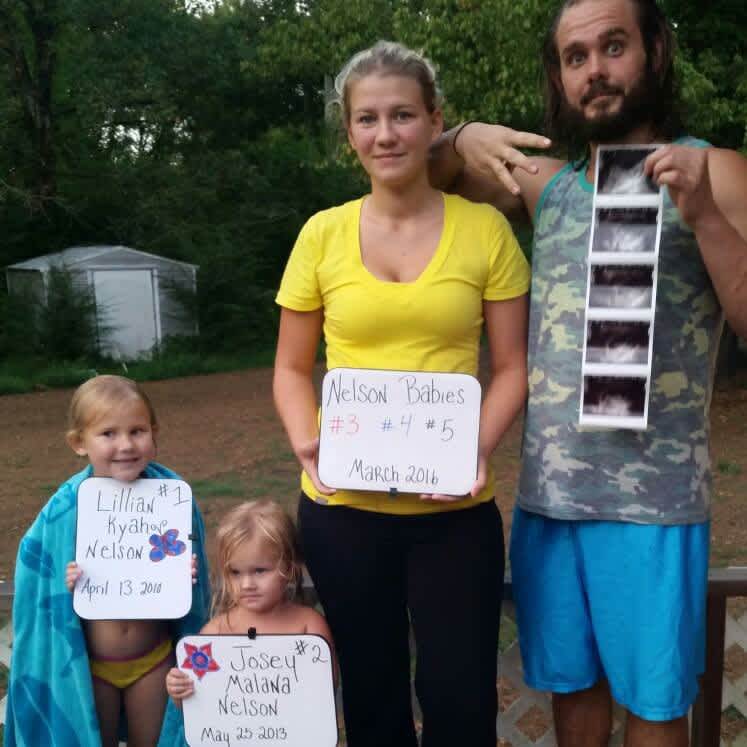 Amber and Levi always dreamed of having a family together, but when they had their two little girls, they figured they would stop it there. Until the doctors told them they better get a room ready, because there were some triplets on the way! 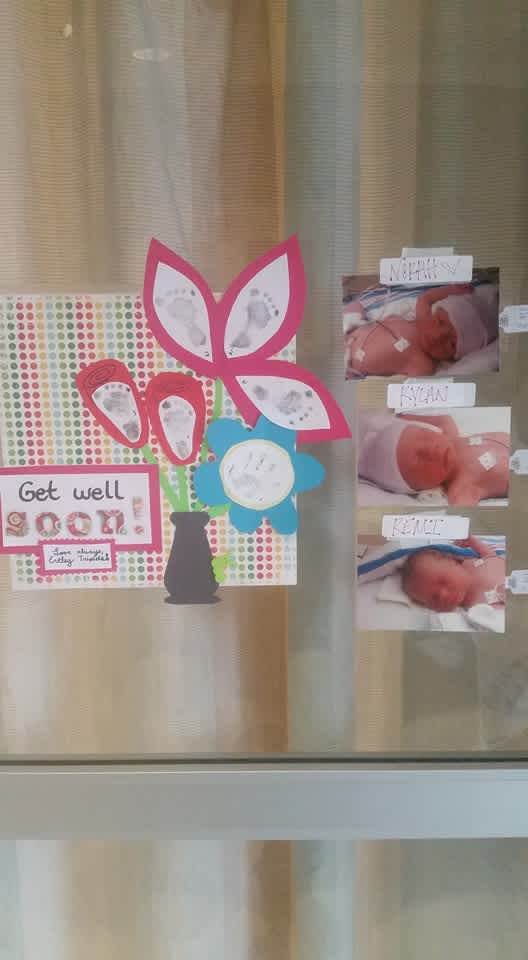 The odds of having triplets naturally are pretty slim to begin with. The triplet girls came out via cesarean section and all of them weighed exactly four pounds each. While certainly a bit lighter than normal, they were all quite healthy and happy.

However, Mom was in the fight for her life. Amber actually died on the operating table, but was resuscitated with the help of a blood transfusion. Thankfully, she is doing better now, but she almost didn't make it. 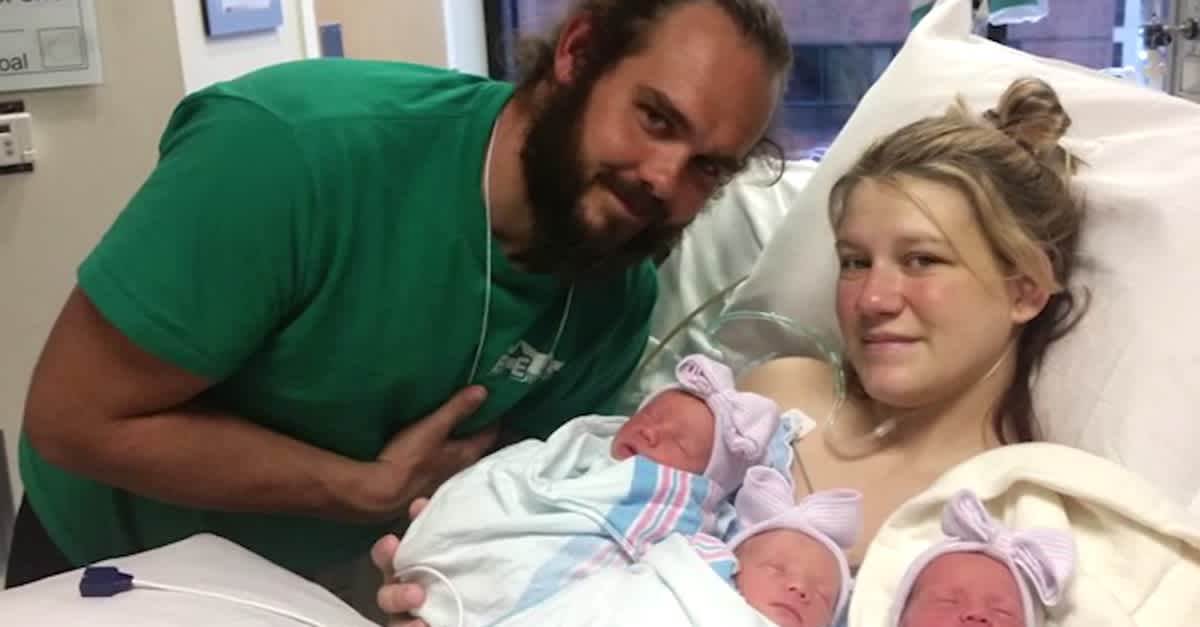 But when you see her holding her babies with Dad, you'll see why she refused to give up. She needed to stay on this planet to watch over her three new little girls!

But suddenly, after the commotion was over, everyone noticed something was strange about their babies' faces.

They were the same! Identical triplets! The odds of something like this happening could be as high as 1 in 200 million. 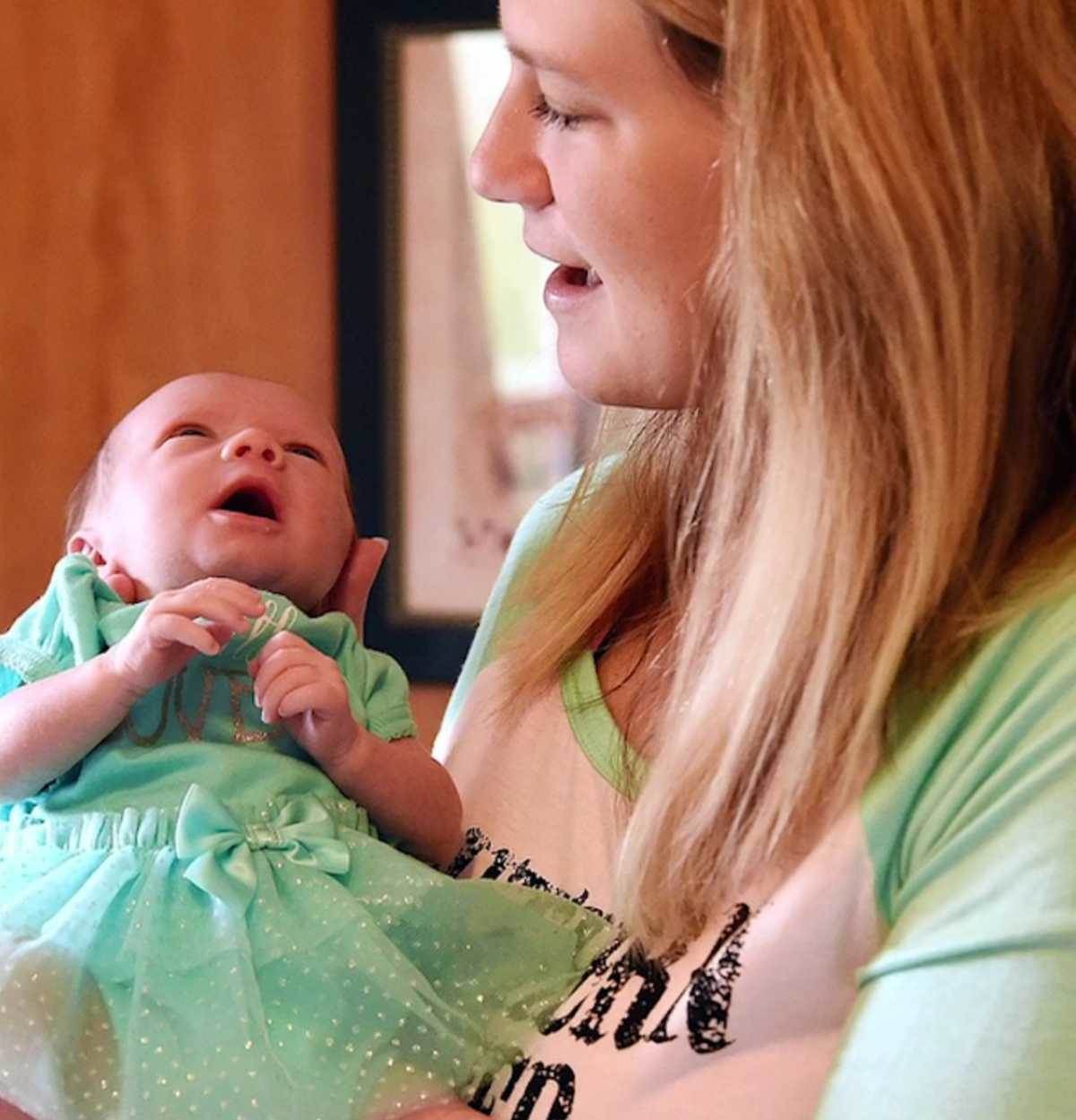 While Mom is still recovering, her community has come together to help raise funds for the whole family. Dad had to slow down at work just to keep up with the family while Amber gets better, and with mounting medical bills, this huge family could certainly use a bit of help!

So for the whole family, Levi, Amber, Lilly, Josey, Norah, Rylan, and Remi you couldn't ask for something much cuter than this!

Happy birthday to the triplets and good luck to the whole family!