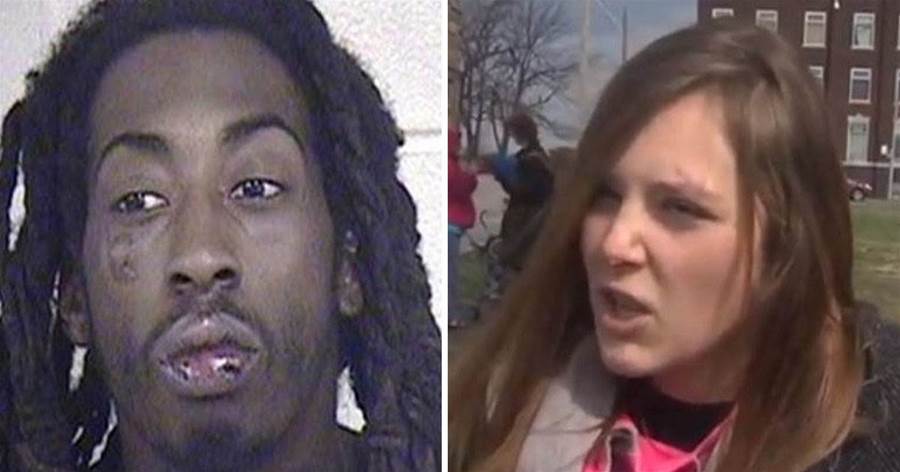 A mom was watching her kids play on the playground when she noticed this guy “eyeballing” them. Suddenly, as her 2-year-old daughter sat on a swing, the guy picked her up, pulled down her diaper, pulled down his pants, and attacked her. He almost immediately regretted that decision. 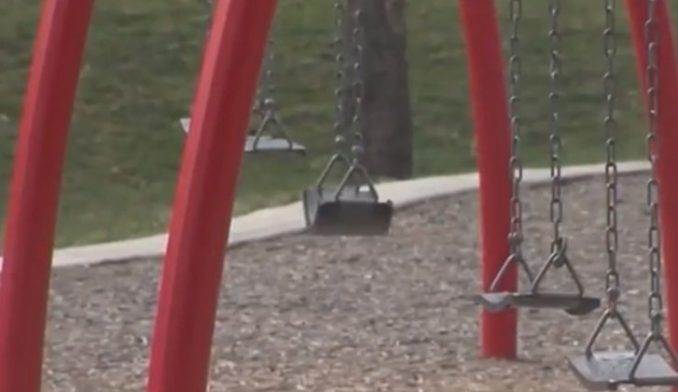 The swings where the horrific chain of events unfolded.

William Bates Jr made a Missouri mother become rather concerned as she watched him wander onto Kemp Playground in Kansas City, Missouri, without any kids of his own. While there with her children, things would take a terrifying turn for Christa Moore as Bates approached the woman’s toddler, ripping off the child’s diaper — and the horror that unfolded next sent the mother running.

Out for an afternoon of fun, the mother did as many others do and found a quiet spot to sit nearby and watch her children as they were let loose on the playground. Unfortunately, she wouldn’t be able to relax and take a load off for very long. Before she knew it, she’d be running to save her child from 24-year-old William Bates Jr shortly after he had made his way to the playground. 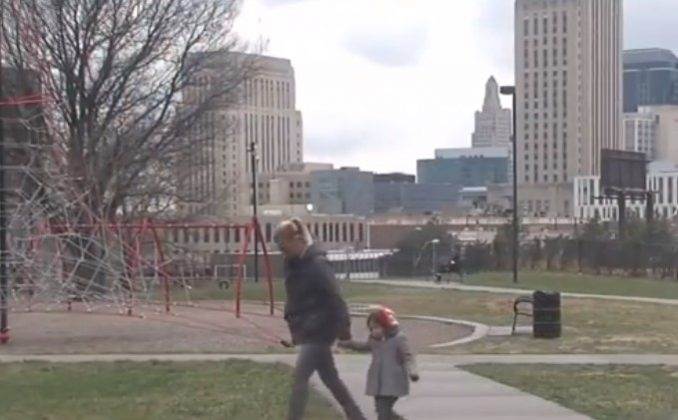 It wasn’t long before Christa Moore was uncomfortable, noticing a rather suspicious Bates “eyeballing” her children. The concerned mother kept a close eye on him, but nothing could have prepared her for what she would soon witness, as terror unfolded right before her eyes, and it was nothing short of any mother’s worst nightmare.

As her 2-year-old daughter played on a swing at Kemp Playground near Ninth and Harrison streets, Bates walked up behind the girl, snatching her off the swing before grabbing the toddler by the hips and pulling her diaper down, the mother told police, according to KTLA. Bates next lifted his shirt, pulled down his pants, and began thrusting against Moore’s daughter. 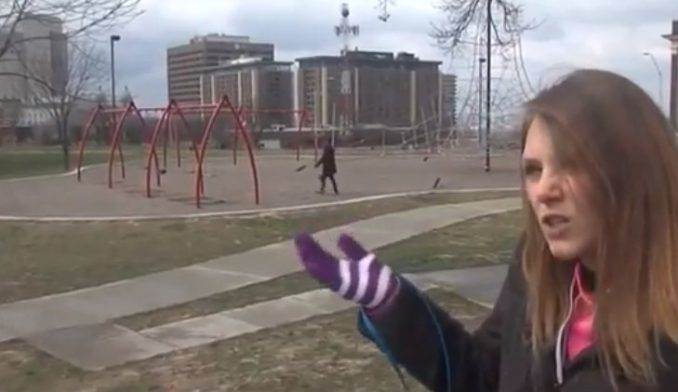 Christa Moore recalls the horror that unfolded on the swings behind her.

Shocked, horrified, sickened, and angered by what she was seeing, the enraged mother jumped into action, desperate to save her child. As Christa took off, running at Bates full speed, he fell to the ground. That’s when the mother lept onto him, pummeling the attempted child rapist with her fists and dishing out as many blows to the head as she could while he laid on the ground.

Unfortunately, Bates was able to break free from the mother’s grasp, and of course, this prompted the coward to flee, but this mama bear wasn’t about to give up on bringing the beast who attacked her baby to justice. She wasn’t going to let Bates get away and risk him victimizing another child, and neither was family friend Devan Barnes, who saw what happened and pursued the man. 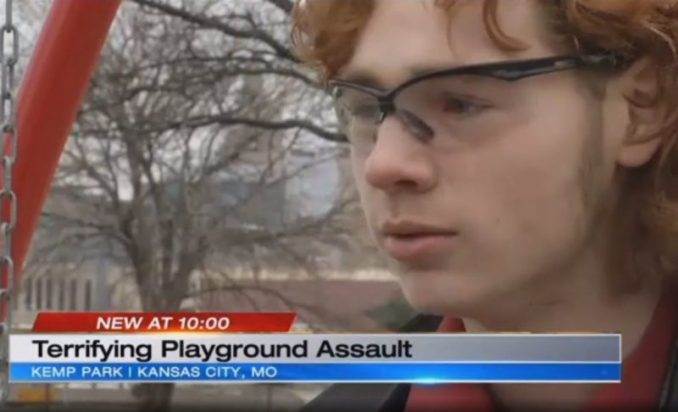 Devan Barnes chased the man into a fenced-in parking lot and kept him there until police arrived.

As Christa Moore took off with her children, making her way to a nearby homeless support center to call the police, Devan Barnes bravely chased the suspect into a fenced-in parking lot and trapped him there until law enforcement arrived and took over. Because of both Christa and Devan’s heroic actions, police were able to arrest the child predator before William Bates Jr was able to harm anyone else.

William Bates Jr, who was found carrying marijuana and an unidentified white vile of fluid with a chemical odor, was held on a $150,000 cash bond and officially charged with felony first-degree attempted sodomy and attempted statutory sodomy with a person less than 12 years old, according to the arrest report. 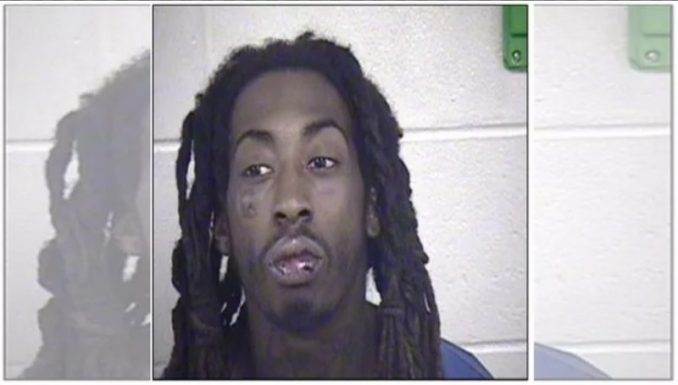 According to Bates, he doesn’t remember what unfolded at the park, alleging that he thinks he was drugged. He told police that he was given a cigarette from someone near the park and doesn’t remember anything about the incident until he woke up inside the fenced-in area as he was being arrested.

However, there are at least a few people who can’t so easily forget what happened at the park that day — namely, Christa Moore, her traumatized daughter, and Devan Barns, the friend who didn’t let Bates get away. 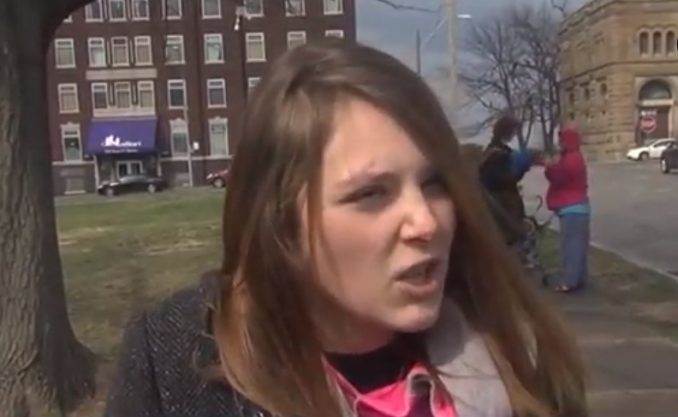 “I don’t get how anyone would hurt a child like that,” Christa told KCTV. “He walked up toward my daughter and the next thing I know, he’s grabbing her pants and ripped them down,” Moore continued. “He ripped her diaper when he did it.” Recalling the moment she charged him, Moore said, “I just wanted to hurt him.”

“If cops didn’t show up, I was going in,” Devan recalled, adding that he intervened because “that’s just the right thing to do.” Businesses near the park said that they hope the incident will cause an increase in safety measures in the area. The first step is getting monsters like William Bates off the streets, and thanks to the bravery of Christa Moore and Devan Barnes, during what had to be an intense situation, that became a reality.