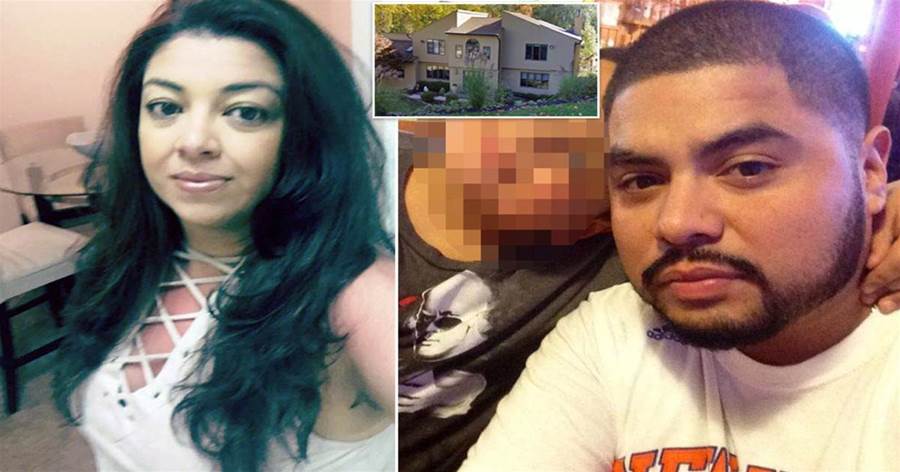 Home » 'PUNISHED TWICE' :Man Who Filmed Himself Catching His Wife In Bed With Her Boss Faces JAIL

'PUNISHED TWICE' :Man Who Filmed Himself Catching His Wife In Bed With Her Boss Faces JAIL
Antonia
Antonia

A CHEATED man using the “Find My iPhone” app to track down a lost device accidentally stumbled on his naked wife in bed with her boss.

But as if that wasn't bad enough he now faces up to 15 years in prison for snooping on his wife Nancy.

Double trouble ...Sean Donis is now coming to terms with facing a court appearance after catching his wife doing the dirty on him

Speaking to the New York Post, Sean Donis, 37, said: “I feel like it’s unjust what they’re doing to me.

Sean, from Rockland County, had used his smartphone to record two brief videos of the hot-and-heavy session involving his wife and her lover more than a year ago.

He broke down crying when sharing them with The Post.

The first, a seven-second clip, shows Nancy Donis romping with Albert Lopez in the dimly lit master bedroom of his house on April 15 last year.

As stunned Sean took in the steamy spectacle, he exclaimed: “Wow!”

Nancy is seen hopping off her lover before Sean drops his phone in shock. The next video, 35 seconds long, shows Nancy and Lopez covering up as Sean berates his wife.

Lopez angrily orders her cuckolded hubbie out of the house and the phone gets jostled during an apparent struggle before Sean says, “don’t worry, I’m leaving,” and the video ends.

Earlier that day, Nancy asked her husband to watch their son, now five, so she could go to dinner with friends in Elizabeth, New Jersey, according to Sean.

At one point during the evening, he noticed the boy’s iPad was missing and so activated the “Find My iPhone” app.

The software showed the device travelling toward Rockland, Sean said, stirring suspicions about his wife and the man he later found in mid-romp with her.

Sean said: “She would hide her phone. I’d touch the phone — she would get very nervous and say, ‘No, don’t touch my phone.’

“She’d go to work looking extra pretty. And she lost a lot of weight also.”

Nancy, 38, subsequently filed for divorce and her six-year marriage was dissolved in February, court records show. The house where the cheaters were caught

But her dumped husband got a July 20 letter informing him a Rockland grand jury had indicted him on charges of felony burglary and unlawful surveillance.

He pleaded not guilty last month and is due back in court on September 20.

He said: “He commits a trespass that in a sane jurisdiction is a violation and not a crime, and he uncovers the greater evil of his wife screwing some stranger.

“No jury is going to convict this man of anything, let alone a felony.”