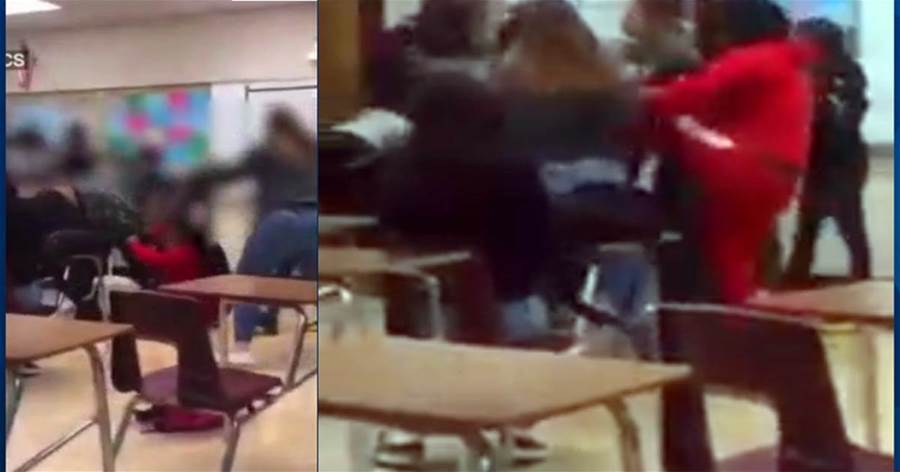 Home » Shocking moment| 8 people, including a parent, attacking 14-year-old girl in the middle of class

Shocking moment| 8 people, including a parent, attacking 14-year-old girl in the middle of class
Josephine
Josephine

Academics continue to plummet as public schools begin to build their curricula around social causes like Critical Race Theory and gender identity. However, pseudoscience and politics aren't the only problems cropping up at Southern Guilford High School and other classrooms across America. 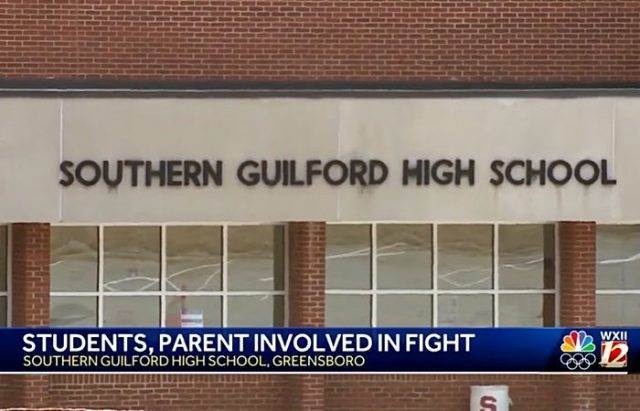 While schools divide and dissect students, classrooms revert to tribalism, the result of which is always violence. Still, it's disturbing to see adults participating in this degeneration, which was the case at the North Carolina school. 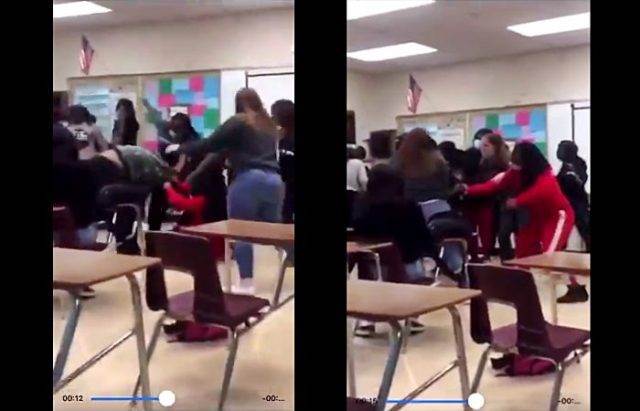 WGHP reports that a group of eight people, including an 18-year-old and a 37-year-old parent, descended on a 14-year-old female student at Southern Guilford High School in the middle of class. The massive brawl broke out at around 9:45 a.m. when six students and two adults suddenly set upon the girl.

The mob pummeled, kicked, and stomped the teen in a disturbing scene captured on video by a bystander at the back of the classroom. Police confirmed that the attack was not a spontaneous act of violence but was planned days earlier.

Authorities believe that the attack was led by a 16-year-old student who was upset over another fight earlier in the week. Investigators discovered that three of the students attend SGHS while the other three go to different schools in the county. The identity of the parent and their connection to the attackers remains unclear.

"To think that they would bring that type of activity to a school was very disturbing," said Capt. Brain Hall, the SRO captain for the Guilford County Sheriff's Office. "Instead of trying to help talk them down out of this we found ourselves with a parent who actually participated in the assault."

After reviewing the footage, police say that two students walked out of the locked door when the fight broke out, which allowed two other students to enter the classroom and join in the brawl.

"Two unrelated students basically walked out the front door and as it was closing this group of friends were able to grab the door and they instantly linked up," Hall said. “It was one of those vulnerabilities that they were able to exploit that I don't think you could've handled with additional SROs, or cameras, or locks or anything like that.” 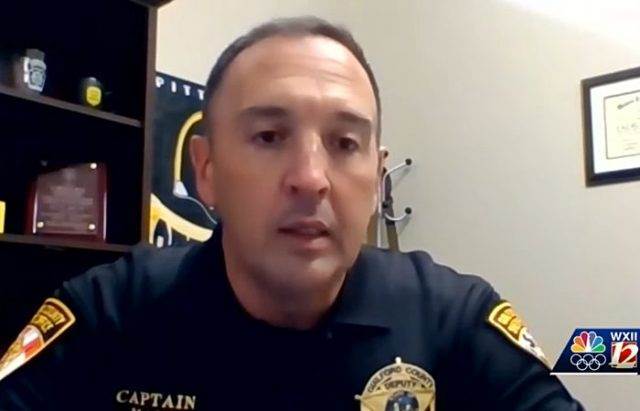 The alleged 16-year-old ringleader led the mob to an upstairs classroom. Luckily, the victim managed to escape without sustaining serious injuries. Police say that multiple teachers and a school resource officer responded to the attack but couldn't get to the victim in time to prevent the assault. The group later ran out of the classroom, heading downstairs and into the parking lot to make their escape. Fortunately, they were stopped by the school resource officer and other administrators.

"They just converged upon her and she was struck several times," Hall said. "She had minor injuries basically bruises and scrapes to the face."

Capt. Hall called for the school to hire additional school resource officers. He also wanted the school to adopt a zero-tolerance policy for students who engage in violence.

"We have to get to a point where we have no tolerance for that sort of activity," he said. "It's preached to them that if you engage in this sort of conduct you will not have the right to come to this school and continue to disrupt everybody's education.”

The school vowed to discipline the students involved in the attack, but they didn't provide details regarding the punishment. Police confirmed that the minors would be charged as juveniles.

The state of the public education system is evident in the state of the culture. It's broken in every way, and our children are suffering the consequences. We can do better.