Home » When This Woman Bit Into An Egg And Felt Something Hard, She Was Blown Away By The Object Inside

When This Woman Bit Into An Egg And Felt Something Hard, She Was Blown Away By The Object Inside
Josephine
Josephine

Stunned Sally Thomson, 39, made the incredible discovery after she boiled six eggs and sat down to eat her breakfast.

She felt something in her mouth and was stunned to find a sparkler - which had fallen out of the egg.

Bride-to-be Ms Thomson, who is set to get married to Steven Warwick in May this year, was amazed at the timing - and even has a hen do coming up.

Chicken farmers say it is possible that the chicken ate the diamond and the gem passed into the egg.

Ms Thomson, of Carlisle, said: "I'm trying to lose a bit of weight just before the wedding and I cooked a batch of eggs all at once to eat over a few days.

"I took one, peeled it and bit into it when I feel something like gristle in my mouth.

"There was this little bit of jewellery on the plate and I couldn't understand where it had come from. The only place could have been from the egg."

The tiny stud appeared at a special time for Ms Thomson, from Carlisle, Cumbria, who is preparing to celebrate her party in Scotland this weekend.

The waitress, who has been together with Mr Warwick for almost three years, described the timing of the small stone as "surreal".

She said: "I believe in superstitions - like find a feather, pick it up - and I think there must be something about the timing of this coming. 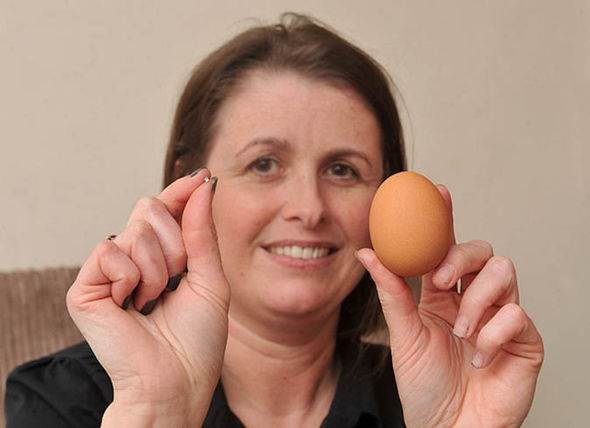 "I don't know what it will be a sign of but it is very surreal."

She added: "It's a really small stone - it's half the size of the butterfly on the back of an earring I think."

At first, Ms Thomson was worried that someone had actually lost a diamond.

She has since taken it into an Ernest Jones who have told her it is probably not a diamond but a Cubic Zirconia - a synthetic gem often found in jewellery.

She posted her story on a wedding Facebook site.

Collette Francis commented on the story and said she worked on a chicken farm- and it is possible the diamond passed through the chicken. 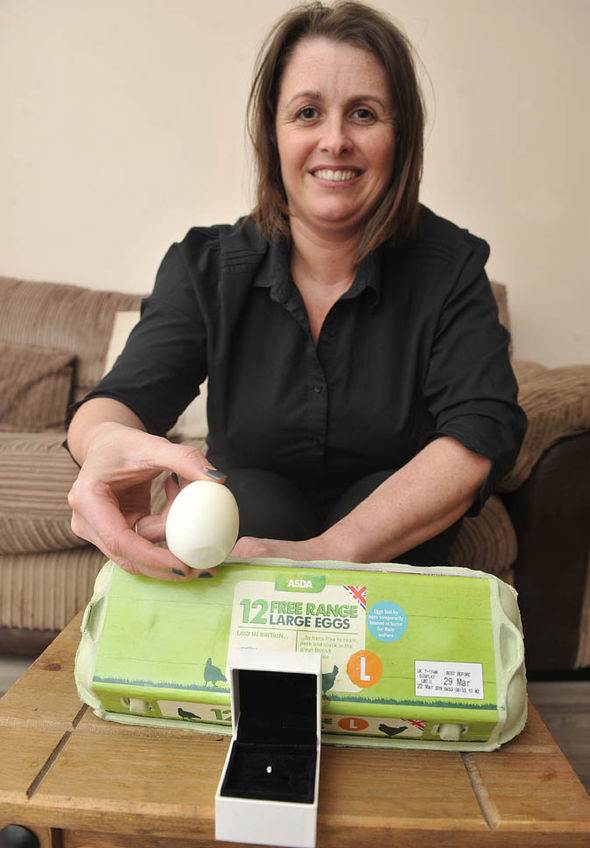 She wrote: "I used to work on a chicken farm. Basically the shell coating goes on last and doesn't harden until it hits the air.

"Sometimes the yolk goes back up the wrong way and meets a second yolk - double yolker (sometimes two yolks develop at the same time too).

"Sometimes the egg after it's had the calcium coat added travels backwards meets another egg and get "recoated" - egg within an egg, it's rare but it happens.

"In this case it could be, chicken swallows diamond, diamond gets stuck at intestine exit, egg picks up diamond on ways out."