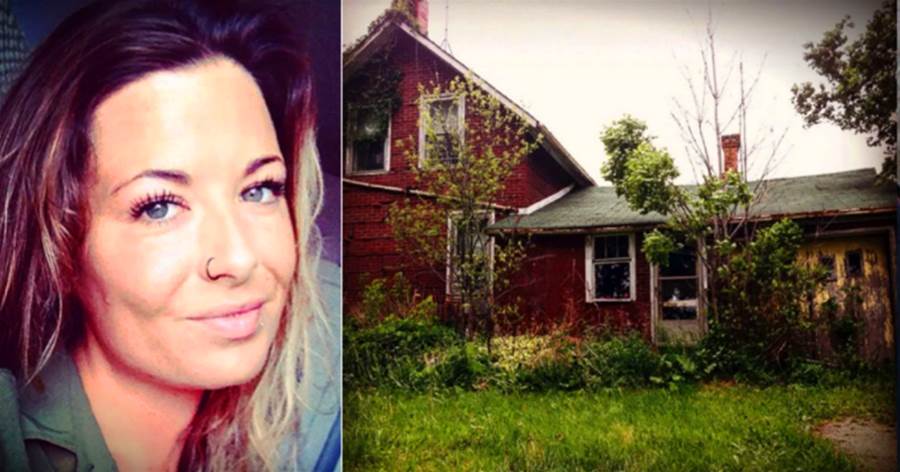 Home » Girl Explores 'Abandoned' Home, Gets Shock Of Her Life In Living room.

One day, Leslie was out doing what she does best — looking for photo ops amongst the buildings everyone else avoids. One house gave her every reason to believe that it was abandoned. The driveway was overgrown, the roof was caving in and the interior led her to believe the place had long been deserted. But to her surprise, she wandered into the living room and met Lawrence.

A Special Friendship Is Born

Lawrence's story, but especially his kindness, really blew Leslie away. She decided she'd make some meals for him. But when she took the food by, she wound up staying for 3 hours, listening to the stories of his triumphs and failures.

Leslie describes the evening with Lawrence as one of the best experiences of her life. She made plans to do it again, as well as decided she'd start doing some cleanup and repairs around the house in an effort to give him some of his home back.

Showing The 'Abandoned House' Some Love

Leslie kept showing up, and with the help of "a very generous company and a few awesome boys with big hearts and strong lower backs," she was able to make progress on the task of fixing up the man's home. It looks like Leslie's precious pooch, Violet, even chipped in!

The more time Leslie spent with Lawrence, the closer the two became.

As Leslie and Lawrence;s incredible bond continued to grow, it became clear it was a godsend for both parties.

Lawrence spent some time in the hospital and was eventually relocated to a retirement home. Though he was sad to leave his house, Leslie reports that he’s now safe, warm and doing much better. He’s even making new friends at the retirement home!

But he still enjoys visits from his very best friend, Leslie, who brings along her pup, Violet. The two recently showed up to celebrate Lawrence’s birthday, surprising him with a cake her mom had baked for him.

“I've never seen someone eat anything and enjoy it so much, cake all over his face, didn't want a fork lol.”

God can do amazing things. All He asks is that we show up — to be the ear that listens, the smile that brightens the day, the arms that give a much needed hug. God bless this beautiful friendship!“Stand up in the presence of the elderly, and show respect for the aged. Fear your God. I am the LORD.”