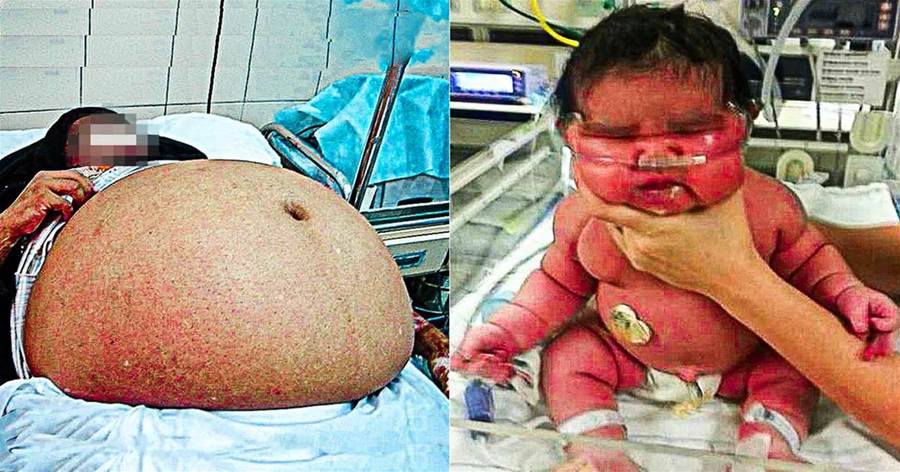 That was most likely the reaction of Natashia Corrigan, a mother in Melbourne, Australia, after giving birth to a 13-pound, 4-ounce baby boy back in January.

"It's hard to get our minds around such a whirlwind of a day," Corrigan wrote in a Facebook post that is now going viral. "I never dreamed we'd get so much love for our BIG baby boy and family."

Brian Liddle Jr. was born on Jan. 24 at Mercy Hospital in Heidelberg, Victoria, during the 40th week of Corrigan's pregnancy. He's her third child. She also has two daughters, who weighed in at 8 pounds, 4 ounces and 7 pounds, 12 ounces -- nearly half the size of their older brother. 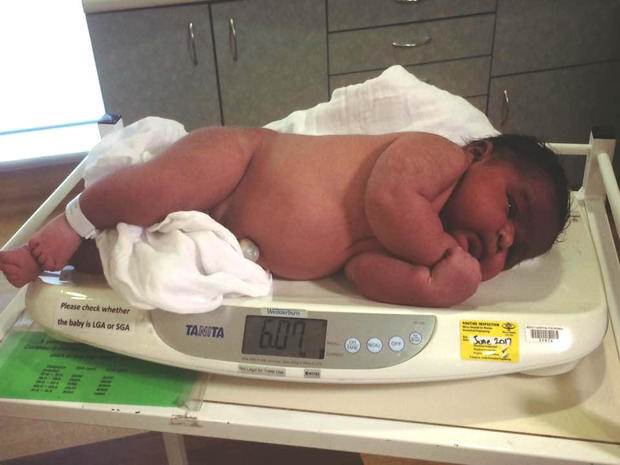 During her pregnancy, Corrigan was told her child would be on the heavier side, as he weighed in at around 9 pounds at the 36-week mark, reports Austrailian TV network 7 News.

That still didn't prepare her when she officially read the numbers on the scale.

"I never dreamed he'd be this big, thought he'd be an 11 pounder at the max! But we were blessed with a safe delivery of a 13.5 pounder! I'm still in shock!" Corrigan said.

Her chunky newborn was truly a dream come true.

The "big baby boy" broke records down under, as possibly the heaviest baby born in Victoria, 7 News reports. But he didn't quite make it into the Guinness World Records.

The record for "heaviest birth” is currently held by Giantess Anna Bates, who gave birth to a boy weighing 22 pounds and measuring 28 inches in her home in Seville, Ohio, on January 19, 1879. Sadly, her son died 11 hours later.

Regardless, Corrigan considers the birth of her 13-pounder an accomplishment, especially since she passed up an epidural to opt for a natural birth.

"I think I was in a bit of shock because the birth was natural and I only had gas so I was still in a bit of shock just from that," said Corrigan, explaining that she had to continue reminding herself to think positive thoughts throughout the delivery. "The power of positive thinking during birth, be positive, breathe deep."