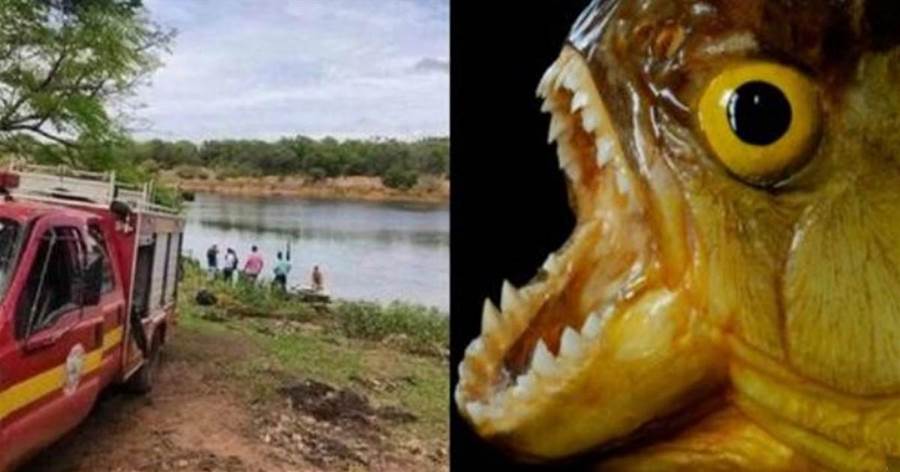 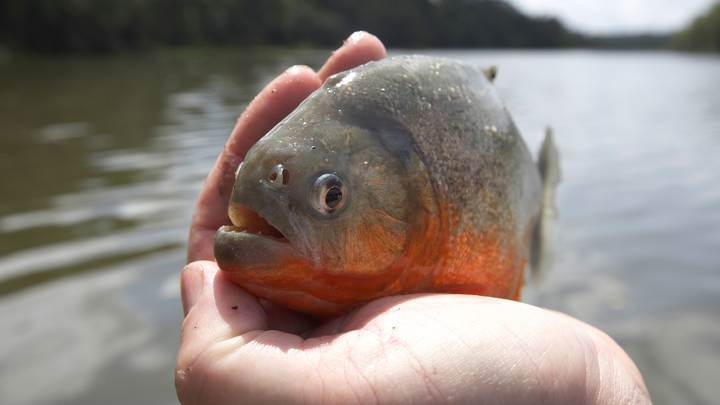 A man's disfigured body has been recovered from a lake in Brazil after it was ravaged by piranhas.

The 30-year-old was fishing with two mates when they were swarmed by a group of bees.

In an effort to get away from the attack, they jumped into the farm lake in the municipality of Brasilândia de Minas, Minas Gerais.

reports the two friends managed to swim away to safety, however their pal couldn't be found.

The fire department was called to help find the bloke and an officer was about to dive into the lake when they were told it was full of piranhas.

The body was eventually found four metres away from the shoreline over the weekend and authorities could immediately see the carnivorous fish had made a meal out of him. 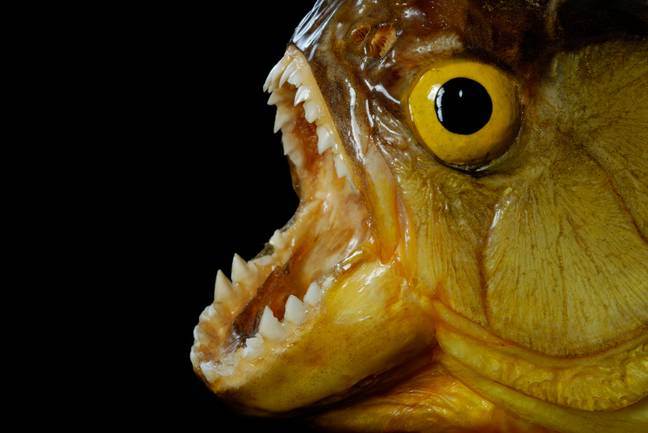 NewsBeezer reported the 'fish tore open several parts of the body and tore open the right side of the face'.

Authorities were initially uncertain about whether the man died as a result of drowning or whether he was feasted on by the fish.

However, Lieutenant Toletino, commander of the Third Platoon of the Military Fire Department, revealed the man's body was discovered in a certain position that is common in drowning cases.

The man's body was eventually handed over to his family so that they could perform a funeral.

South America's Amazon River basin is home to around 30 species of piranhas, who are terrifying fish that sport razor-sharp teeth and are known to be able to easily rip through flesh.

Attacks on humans are 'extremely rare' according to the BBC, however they can happen when people get into unfamiliar water.

A six-year-old girl was tragically killed in 2015 when the canoe she was travelling in capsized.

Adrila Muniz was with her grandmother and four other children when the vessel overturned in a storm in the Maicuru River near the town of Monte Alegre.

The older woman was able to rescue the rest of the children, however she could not reach the girl in time.

Authorities suggested the girl might have drowned before she was set upon by the shoal of piranhas.

The BBC reports her body was taken to a hospital where 'graphic post-mortem photographs' showed that the carnivorous fish managed to strip nearly all the flesh from her legs.