Home » Soldier Goes To Order Taco Bell Meal, Stops Cold When He Hears 2 Boys Behind Him

A uniformed soldier was standing at the counter of a Taco Bell, ready to order his meal when he stopped cold. He had overheard what two boys were saying and knew he needed to address them. As he did, another diner whipped out his phone to record the exchange, which left him and many viewers stunned.

Army Lt. Col. Robert Risdon had no idea he was being watched — let alone recorded — when he went to a Taco Bell in Mobile, Alabama, to grab some dinner. Unbeknownst to the uniformed soldier, he had captured the attention of Jason Gibson, a man who was sitting alone and eating his meal.

Both Risdon and Gibson quickly noticed a couple of boys darting around the front of the restaurant. When Risdon overheard what the boys were up to, he wanted to ask the boys a question, and it nearly left Gibson choking on his burrito. Shocked, he whipped out his phone and started to record. 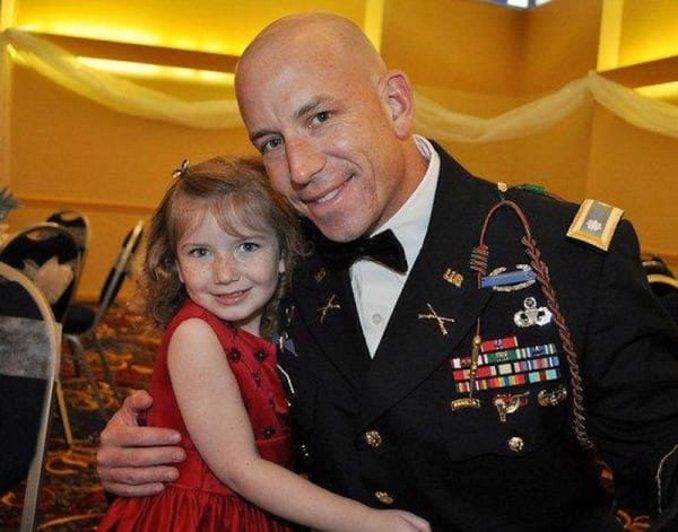 The two young boys, aged 9 and 13, had seemingly been left alone at the fast food joint, hoping to sell some items from home. They were pedaling homemade deserts in an effort to raise money for their local church. Unfortunately,  Army Lt. Col. Risdon didn’t have any cash on him. Risdon could have simply declined, demanded to know where their parents were or pretended not to see them at all. But, he couldn’t ignore the children.

The soldier had quickly noticed the boys looked cold and wet, and it was getting late. So, he asked them if they had had anything to eat for dinner yet. They hadn’t. What happened next was captured on camera by Gibson, who was so affected that he uploaded the video to Facebook and begged others to share it.

“I was in a Taco Bell tonight when two kids came in trying to sell homemade desserts for money. I overheard a soldier ask the kids if they were hungry and told them to follow him to the counter, he would buy them dinner. I had to video it and share,” Gibson wrote in the video caption, explaining how the kind-hearted soldier invited the boys up to the register, where he told them to order whatever they wanted to fill their bellies. Dinner was on him.

With huge smiles and hearts full of gratitude for this stranger, the boys danced around with excitement as they awaited their warm meals. On top of buying tacos and drinks for the kids, Risdon shared a friendly conversation with them. It was a moving sight, to say the least. And, Gibson wasn’t the only one left feeling proud of those who bravely serve our country wherever they are. The footage touched tens of thousands of people who were compelled to share the inspirational clip across social media. 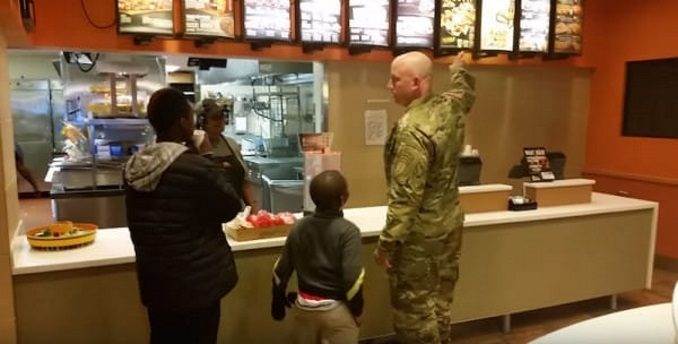 As the video went viral, more was learned about the heroic soldier. Robert Risdon, a U.S. Army Ranger and a father of two, was stationed in Fort Benning, Georgia. “Helping them was an easy decision — more of a reaction. They were cold, wet and hungry. They were great kids, very respectful and smart,” he said. “It was the least I could do for two young Americans. They were happy to get some chow for sure and very thankful.”

Ridson says his motivation to help lies in the U.S. Army Rangers’ mission statement. “I think I can best sum things up as to why I did it because of a creed I live up to every day — the Ranger Creed,” he said. “One line in the creed encapsulates, I think, why I helped, ‘Never shall I fail my comrades.'” Calling the boys his comrades, he added, “It was my duty to help them.” 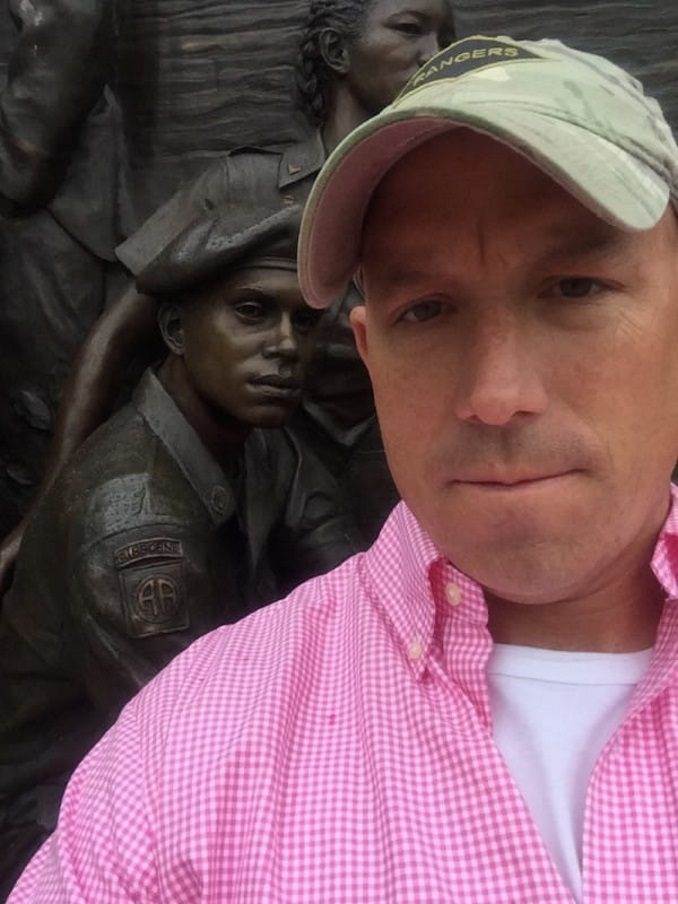 Praise for his actions flooded social media, but Ridson addimited, “I’m kinda embarrassed and humbled by the praise,” but he was quick to say he doesn’t need it. Further explaining what he meant, Risdon added, “I am a believer that we live in the best country in the world with the best people and that acts of kindness happen every day.”

Others see things differently, however. “Our troops are always taking care of us,” Gibson’s caption to the video that captured the soldier’s good deed continued. He went on to thank Lt. Col. Risdon and asked others to “please please share this,” adding, “I heard the little one say I want to be just like you when I grow up and saluted him.” 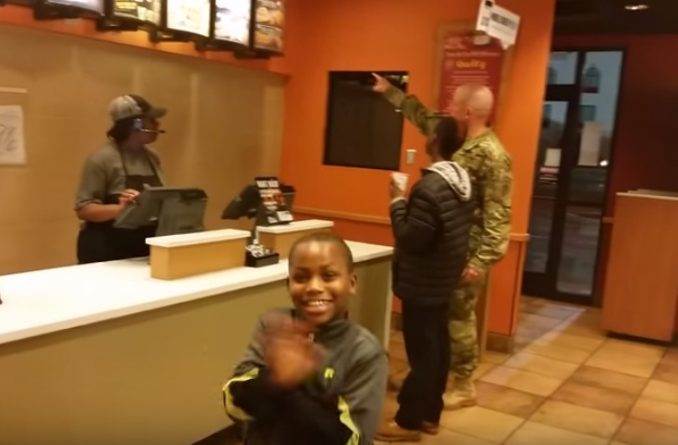 The boys were all smiles as Robert Risdon bought their dinner.

Indeed, this world could use a lot more men like Robert Risdon, who will always be remembered, not only by these two boys but all others who got to see and enjoy his spontaneous act of kindness. He proved that our soldiers are honorable men, always looking out for their fellow American — big or small.

Our brave men and women in the military give so much, both on and off the battlefield. Robert Risdon is proof. And, sometimes, it’s the smallest acts that make the biggest impact in ways we may not have ever imagined. He only aimed to fill two bellies that day, but this soldier touched hearts everywhere. The least that we can do is give him some well-earned recognition.