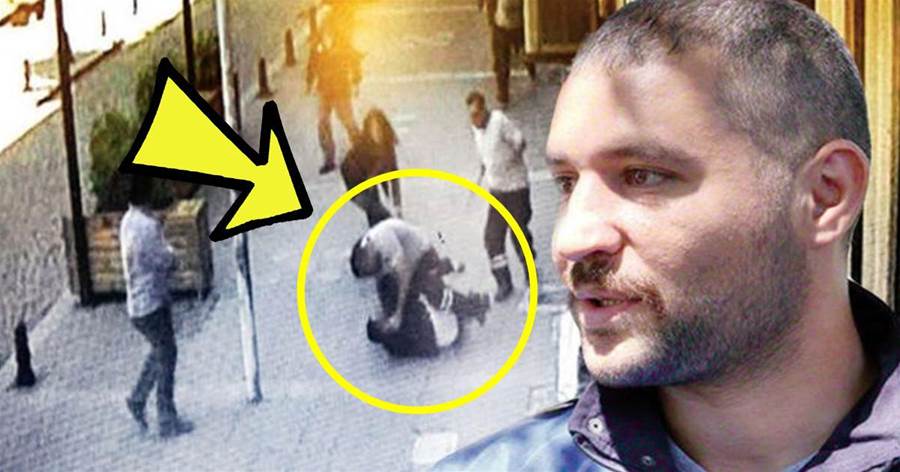 A man beat his wife in broad daylight, as onlookers simply watched. Seconds later, however, karma decided to strike with full force. Luckily for us, it was all caught in shocking CCTV footage that quickly went viral. But, there’s much more to the story than even what the video shows. 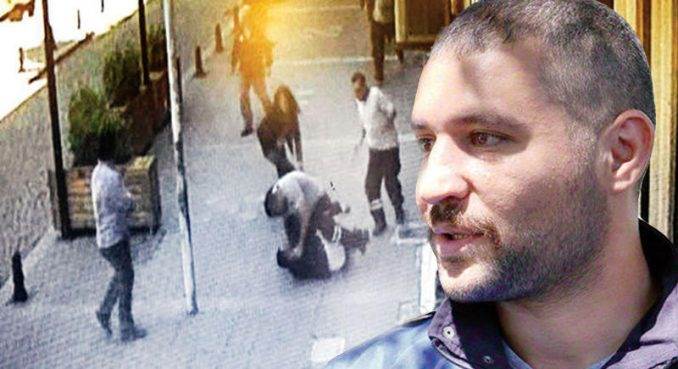 Emre Derebaşı (left) superimposed on an image from the security camera footage.

Emre Derebaşı, a cleaning worker, was on his regular shift when he saw a scene unfold in the street that left him in disbelief. A violent assault appeared to be happening right in front of him. It seemed a man was viciously beating his helpless wife with a weapon as she could only lay in the street as the blows were delivered.

While violence is always a terrible thing, there’s something even more distressing about violence in relationships and assaults against the physically vulnerable, like a child or a small woman. Unfortunately, even though the thought of physically hurting someone who not only doesn’t stand a chance against you but also loves you is unforgivable, it’s not an uncommon thing. 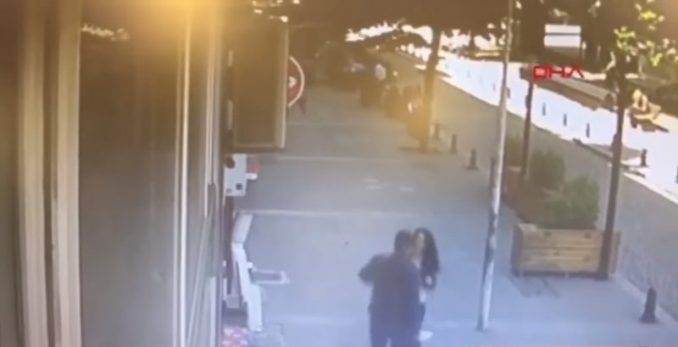 A man and his wife argue in the street before things take a horrific turn.

What is uncommon, though, is seeing an abusive partner pummels their poor spouse in broad daylight. Sadly, that’s exactly what Emre witnessed when one man decided to beat his wife in the streets of Istanbul’s Kağıthane district in Turkey one morning. But, things weren’t going to go as anyone had planned.

Surveillance cameras captured the argument between a man and woman as it escalated. Suddenly, the man began lashing out physically, beating the defenseless woman with rolled up papers that were held in his right hand. Using the makeshift weapon, he struck her again and again until she fell to the ground. 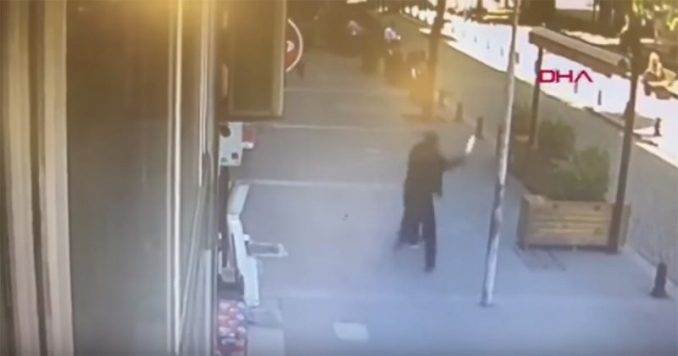 The man appears to be striking the woman with rolled up papers.

Initially, it seems that no one was going to intervene on the woman’s behalf. As she sat helplessly in the street, no doubt pleading with her attacker to stop, the defenseless woman covered her face with her hands as the abuse continued. But, contrary to what the man may have thought, his senseless assault wasn’t going unnoticed. Emre was approaching, and he was bringing karma with him.

Before the abuser knew what hit him, the unlikely hero launched into a flying headbutt, giving the man a dose of his own medicine. Striking him with his full force, Emre collided with the man, who was later identified by Hürriyet, one of Turkey’s largest newspapers, only as Mehmet T. Although seeing the man beat the woman is quite distressing, Emre taking flight makes the footage worth the watch.

After landing his brutal headbutt, Emre pinned Mehmet to the ground as fellow passersby rushed to the scene, where they held Mehmet until police arrived. Mehmet was arrested, but things were far from over, especially for Emre. Although witnesses are clear about what they saw, Mehmet, the husband who assaulted his wife was released, while Emre, the man who intervened, is in legal trouble.

“He beat his wife,” a passerby said, according to The Sun. “She was crying and screaming.” However, Mehmet is telling a much different story. According to Hurriyet Daily News, the incident occurred shortly after the couple had been to the Court of Justice in Istanbul to open divorce proceedings, and contrary to what we see in the video, Mehmet is adamant he did not beat his wife. 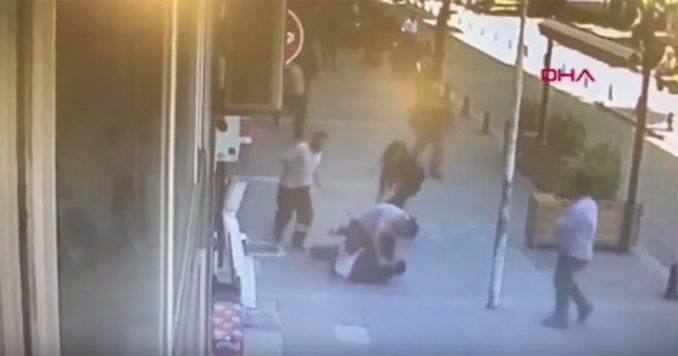 After the flying headbutt, Emre pinned Mehmet to the ground.

The 29-year-old cleaning worker, who has been praised on social media, was questioned by police, and the story he says Mehmet told them is more unbelievable than the shocking footage above. “The man told police he was not beating his wife and that she had merely put on an act by throwing herself to the ground,” Emre Derebaşı told a local news outlet.

“He also filed a complaint against me for beating him. The prosecutor has released him but I have been questioned by police. This is what has offended me the most,” the hero continued, adding that he first thought the man was beating the woman with a stick. 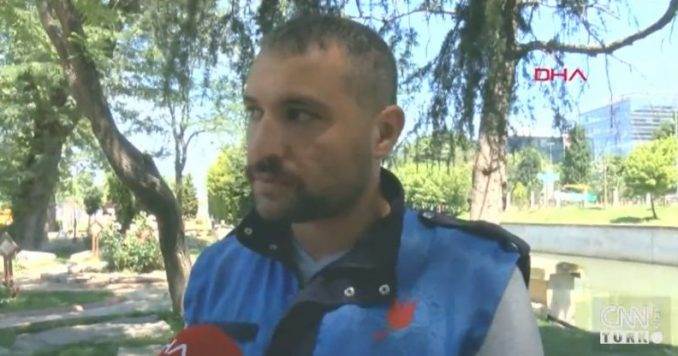 “That’s why I directly intervened. Perhaps it was a little bit harsh. I have no regrets. I did my duty as a human being. I am against violence, but I could not stand by and watch as the victim was a woman. I would do it again if it happens again,” Emre Derebaşı told the newspaper.

While many may say that violence isn’t the best way to deal with violence, who knows how this might have ended if someone hadn’t stood up and defended the woman. Hopefully, the attacker gets the proper punishment while the hero gets the proper praise he deserves. As for the woman, we hope she continues with the divorce proceedings and safely escapes the clutches of this man. If he’s willing to do this in broad daylight, I’d hate to know what’s happened behind closed doors.