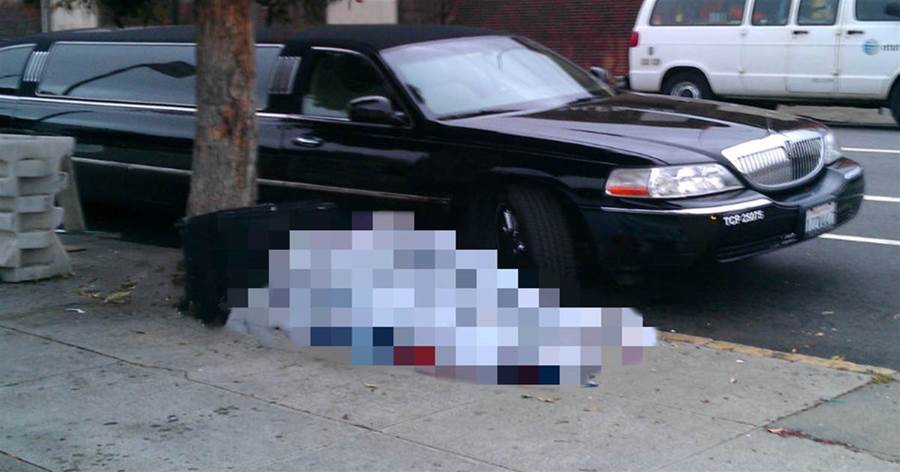 The father of a teenage girl who was gang-raped by eight men poisoned himself after a video clip of the attack was passed through the family's village in India.

The 16 year-old girl, from Dabra village in Hisar, north India, was subjected to the horrifying ordeal on September 9, after apparently rebuffing the advances of one of the men.

The Dalit family had tried to keep the assault private, but days later when footage shot by one of the attackers was shown to villagers the girl's humiliated father, Krishan, killed himself.

The first man was arrested yesterday on suspicion of rape, but 11 other men accused of being involved, including four who stood guard while the rape happened, are being sought by police, according to Indian news website NDTV.

Her attackers had allegedly threatened to kill the girl if she told anyone about it.

Prior to the arrest dozens of furious family members launched a peaceful protest outside the hospital where the body of the girl's father was being kept - refusing to claim it until action was taken against the accused.

Joined by members of the village, they gathered outside the building for days chanting and holding candles.

It was only after assurances by Deputy Commissioner Amit Kumar Aggarwal and Superintendent of Police Satheesh Balan that the protesters allowed the body to be taken for post-mortem before it was cremated yesterday - five days after his death. 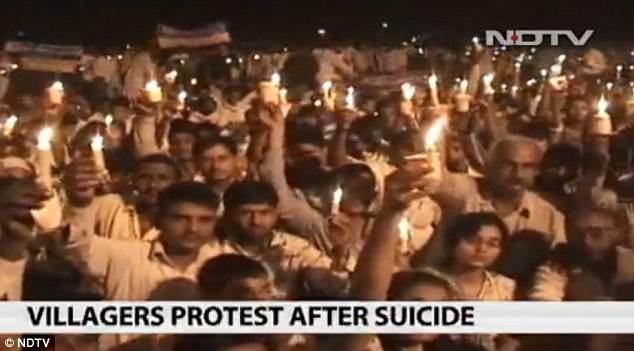 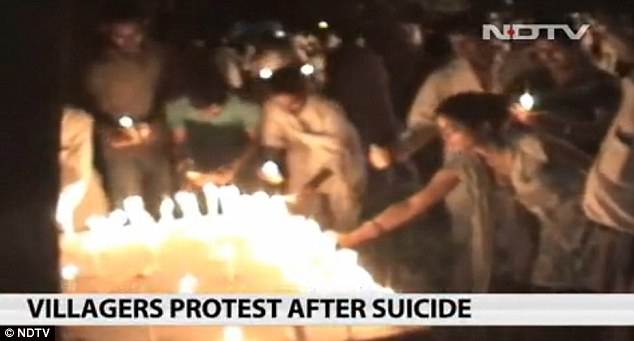 The crowds chanted and lit candles, refusing to collect the body of the girl's father until arrests had been made

'Police officials have assured us that they will arrest all the absconding accused within the next few days. On their assurance, we decided to cremate the girl’s father' a family member told the Indian Express.

Satheesh Balan, superintendent of Hisar Police, said: 'The entire village is helping us in tracing the accused. In fact, a Jat woman informed us about the whereabouts of Seetu, who was arrested on Saturday.'

Financial helps has been offered to the victim and her family by the Government, who said they will offer education and rehabilitation to the girl. 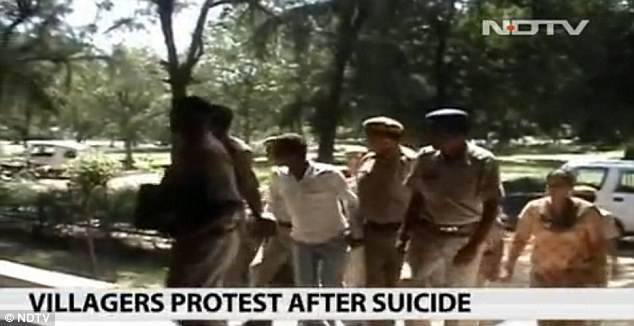 Geeta Bhukkal, Haryana Education Minister, said: 'We will support the family in whatever way we can, also will take into account that such crimes are not committed and the people found guilty are punished.'

Nina Nayak, of the National Commission for Protection of Child Rights, said: 'At times the victims due to shock become hostile. For seven days the girl also didn't speak and after she spoke, the inquiry started. Those boys who made (the video) must be punished.'