Home » Intruder Enters Texas Residence and Brandishes Gun,Fight Ensues With Homeowner who Makes Him Regret it by Dishing out Brutal Beating

Intruder Enters Texas Residence and Brandishes Gun,Fight Ensues With Homeowner who Makes Him Regret it by Dishing out Brutal Beating
Antonia
Antonia 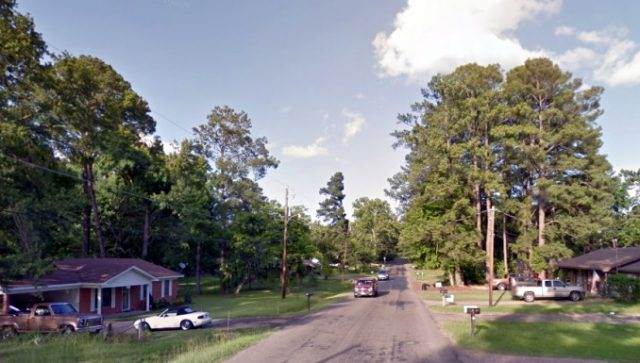 Kevin Mitchell Gonzales learned the hard way why they say you “don’t mess with Texas.” The 28-year-old Hispanic male allegedly tried to enter a Longview home without permission and was thwarted by a homeowner, who wasn’t going to let him get away without a fight. As a struggle ensued, Gonzales pulled a gun, but things still wouldn’t work out in his favor.

Gonzales allegedly entered the home in the 800 Block of Spring Street through the garage late on a Monday night. When the unnamed homeowner found Gonzales in his garage allegedly attempting to enter his home, a pretty violent struggle began. During the fight, Gonzales pulled out a handgun and fired one round from the 45 caliber pistol, CBS 19 reported. 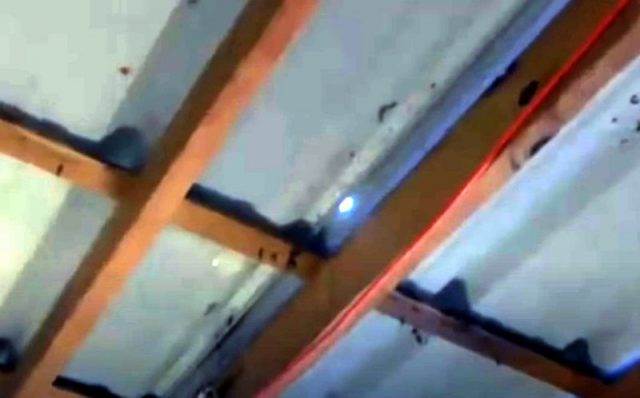 Just before 11 pm, officers were dispatched to the home for an unknown problem. When officers arrived, they found the homeowner uninjured. The same couldn’t be said for Kevin Mitchell Gonzales, who apparently took a brutal beating after pulling a gun on the wrong guy and being hit several times in the face.

As they say, a picture is worth a thousand words, and Gonzales’ mugshots, featuring a badly battered, bloodied, bruised, and swollen face, speak volumes. From the looks of things, this is one guy who definitely regretted his poor decisions and picking the wrong house to attempt an alleged break-in: 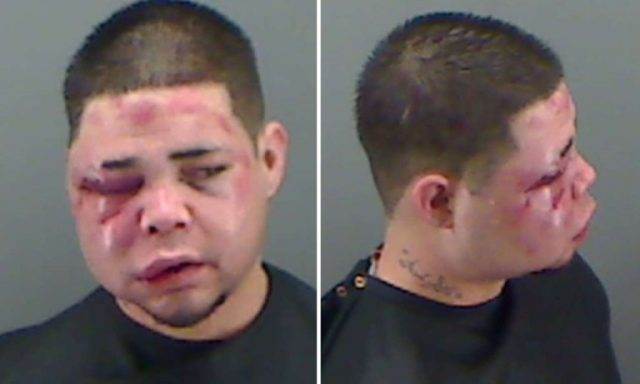 When officers arrived, the intended victim told police he found the Hispanic male, later identified as Gonzales, in his home without permission. He explained that the fight ensued with Gonzales firing his pistol. The victim said he was able to get the gun away from Gonzales and hold him down until the police arrived.

In addition to Gonzales’ injuries, the garage showed evidence of the violent struggle that took place between the accused criminal and the homeowner. During the scuffle, Gonzales allegedly crashed into a wall, leaving it smashed in, just like his face. 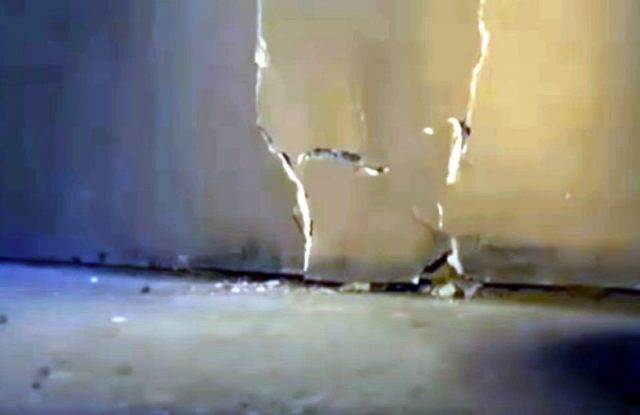 During the struggle with the homeowner, Kevin Mitchell Gonzales allegedly crashed into the garage wall.

While Gonzales took quite the beating, the homeowner was not injured at all during the incident, according to the Longview News-Journal. In addition, it was only Gonzales who ended up in trouble with the law as he was placed under arrest — which is when things only went from bad to worse for the battered would-be burglar.

During Gonzales’ arrest, officers found 18 Lorazepam pills in a clear plastic bag in the suspect’s pants pocket, which resulted in an additional charge. Gonzales was charged with Criminal Trespass with a Deadly Weapon and Possession of a Controlled Substance. He was transported to the Gregg County Jail without incident.

Records show this was the fifth time Kevin Mitchell Gonzales had been booked into a Gregg County Jail, Chron reported. Hopefully, after the beating he took, he finally learned his lesson and realized it’s not wise to try to help himself to someone else’s property. As for the homeowner, this could have had a much different ending. The sad truth is that most people’s fists are no match for a firearm.

Although things ended in the homeowner’s favor, wrestling a gun away from an armed intruder is risky business and obviously not recommended by law enforcement. Thankfully, this is a story with a happy ending because it could have easily resulted in a loss of life. Struggling with an armed criminal could have ended with the resident being killed and the intruder getting away. Fortunately, that wasn’t the case, and it looks like Gonzales got exactly what he deserved.