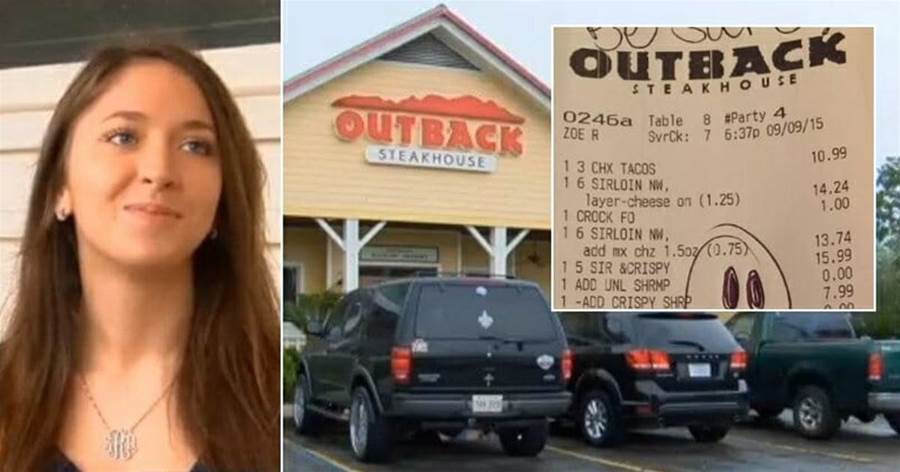 Four Louisiana police officers were working their shifts as normal, and when they became hungry, they decided to go to Outback Steakhouse to grab a bite to eat for dinner. What they didn’t know was that as soon as they walked in the door, the manager and server took notice of their uniforms and planned to send them a message on their receipt. 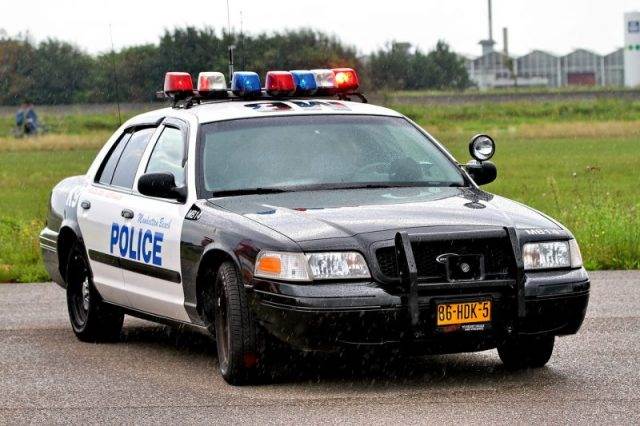 The incident unfolded at an Outback Steakhouse in Slidell, Louisiana, where four on-duty local officers went in to grab some dinner, according to Fox8.Their meal was served as it should be, and there wasn’t really anything that stood out about the night until they received their receipt and were hit with a huge surprise.

“They’re the sweetest guys,” said Zoe Rao, who is a waitress at the Outback Steakhouse where the incident occurred. “I enjoy waiting on them.” However, what happened next drew lots of attention on social media. 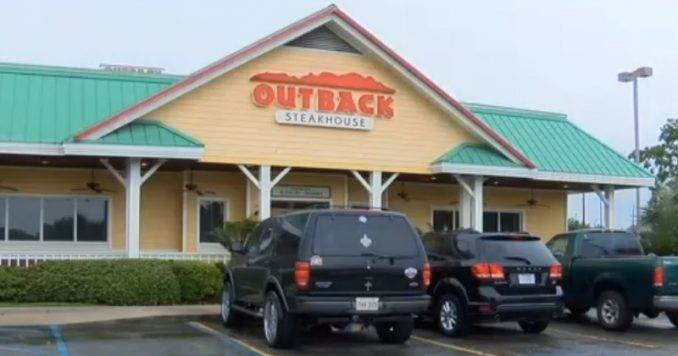 Apparently, the four police officers are good customers at the location, which manager Arline Wood, an 18-year veteran of the company, took notice of. So, she and Rao devised a plan together, and when it came time for the officers to pay the $67 tab, the officers quickly realized it was on the house. Not only did the server and manager pick up their tab, they left them a heartfelt note on the ticket, thanking them for their service to the community.

“Be safe!” the note started at the very top of the receipt, before finishing their message to the officers at the bottom. “Thank y’all for y’all’s service! Enjoy y’all’s meal on us!” 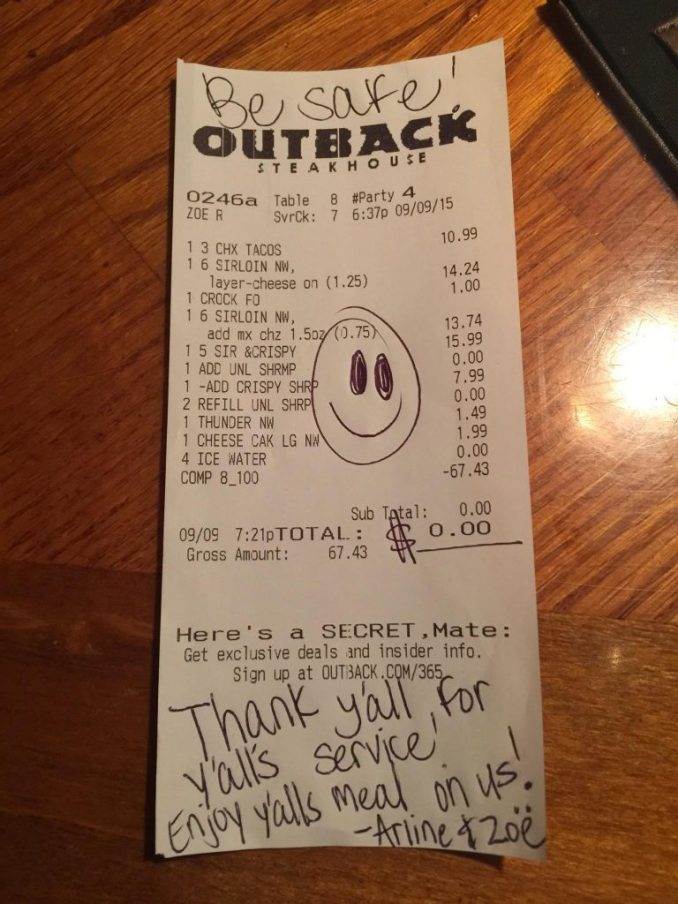 The note left on the receipt for the four police officers

“They care about the community. They care about everybody. They’re just great guys. Our whole police force is great and these guys at night, I went to Zoe and I said, let’s take care of it,” Arline Wood said. In an effort to thank the two Outback Steakhouse employees, the Slidell Police Department posted an image of the receipt to their Facebook page, and as you would imagine, it quickly went viral. However, that’s not what Arline Wood or Zoe Rao wanted at all.

In fact, when asked about it afterward, Wood said the publicity has been a little too much to handle. “I got a phone call early in the morning and I was like what are you talking about?” Wood recalled. “People were calling me and then we saw it on Facebook, then it’s on this one and that one, and we didn’t do it for this publicity, because Lord knows I don’t like all this publicity.” 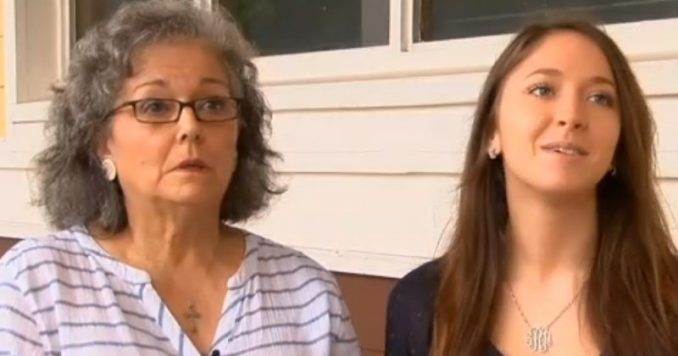 The two generous employees now hope that their kind act will inspire others to do something to thank those who put their lives on the line daily to protect us. Oh, and for those wondering how the four officers reacted to Wood and Rao buying them a meal, they reportedly left a hefty tip to show their own gratitude.

Kudos to these women for providing an excellent example of how to thank our law enforcement officers, who volunteer to go out and face evil every day so that we don’t have to. This is the kind of thing we need to be seeing, rather than hearing about police officers being denied service or otherwise being disrespected by people in service industries. It’s acts of appreciation like this that remind them of why they do what they do.