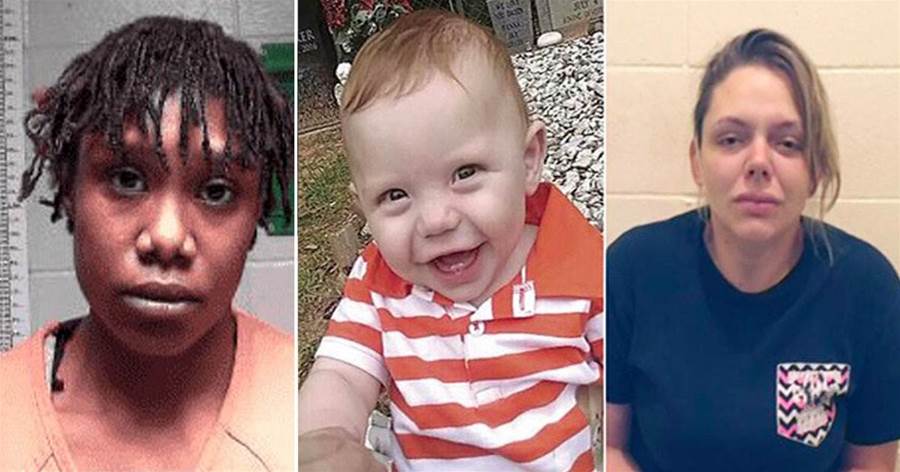 Prosecutors in Louisiana are seeking the death penalty for a mother suspected of asking her girlfriend to kill her 6-month-old son — who died after being severely burned in a ditch.Prosecutors announced last week that they intend to seek capital punishment for Hanna Nicole Barker, 23, if she’s found guilty of first-degree murder in the July 2018 burning death of Levi Cole Ellerbe, who succumbed to his injuries after suffering second- and third-degree burns over 90% of his body, the Alexandria Town Talk reports. 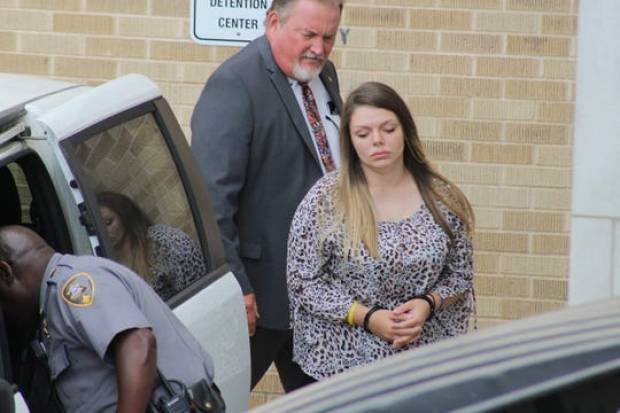 Barker was arrested on July 25, a week and a day after she called 911 to report her son, Levi Cole Ellerbe, had been kidnapped from a travel trailer off the La. Highway 1 Bypass in Natchitoches.

Barker told police she was pepper-sprayed by two men who took the infant.He was found less than two hours later in a ditch with severe burns throughout his body and died the following day, the newspaper reports. They say she instructed her girlfriend at the time, Felicia Marie-Nicole Smith [L-R], 26, to kill her infant son Levi on her behalf

The “especially heinous, atrocious and cruel manner” in which the boy was killed was among the circumstances cited by prosecutors in seeking the death penalty, according to the filing. It also noted the boy was younger than 12 and that Barker “engaged in the perpetration and attempted perpetration” of cruelty to juveniles.During a preliminary examination hearing in September 2018, a Fire Marshall told the judge that Barker and Smith were in a romantic relationship, though Smith was more interested in pursuing a courtship than the mother.Barker apparently told officials that she was only with Smith for attention and money, and admitted to instructing her to kill Levi.However her attorneys say there’s no way for prosecutors to prove the allegation, calling them false. Hannah Barker initially called 911 claiming that Levi was kidnapped by two people who knocked on the door of her trailer home in Natchitoches, Louisiana, pepper-sprayed her then ran off. She was arrested four days after Smith and charged with first-degree murder

Barker was on probation for drug offenses at the time, and is said to have breach the terms of her agreement by having Smith stay inside her home.Smith is scheduled to have a preliminary exam hearing on August 23.Barker’s hearing occurred in September 2018 and she was indicted the following month.The mother’s trial has tentatively been set for January 13, 2020.Following her eventual arraignment, prosecutors will also likely pursue the death penalty against Smith as well.