Home » Mom Thinks Everyone Loves Her Photo, Then Sees Why It Really Went Viral

Mom Thinks Everyone Loves Her Photo, Then Sees Why It Really Went Viral
Josephine
Josephine

She watched the reactions on Instagram rack up in a matter of minutes on her phone's screen. It was an excellent photograph, but she hadn't expected it to get this many reactions.

Perplexed, she looked back at her smiling daughter, who was still posing sweetly for her. But when she scrolled through the comments, her blood turned to ice. 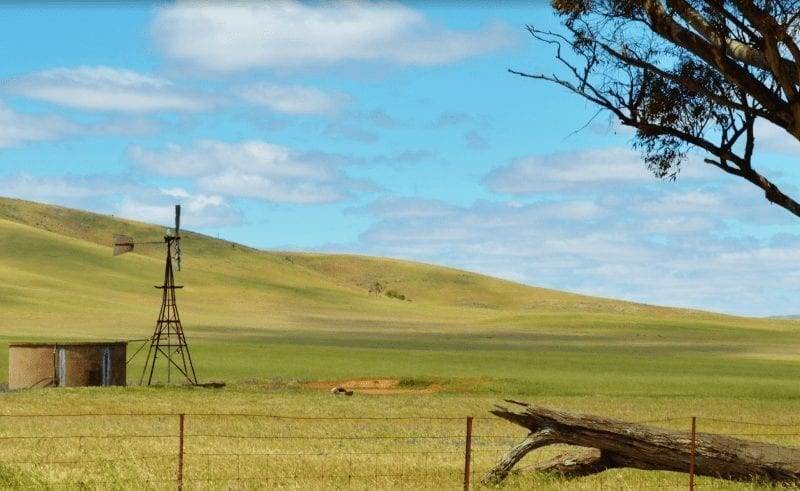 Spring had just come to Bianca Dickinson's sprawling ranch in Western Victoria, Australia. Green shoots had already begun to appear on the trees. The clear blue sky arched above, in stunningly beautiful contrast to the brown and arid landscape.

On this particularly warm afternoon, Bianca thought that the conditions were perfect for a few photographs. But when all was said and done, she would never want to take a photograph again. 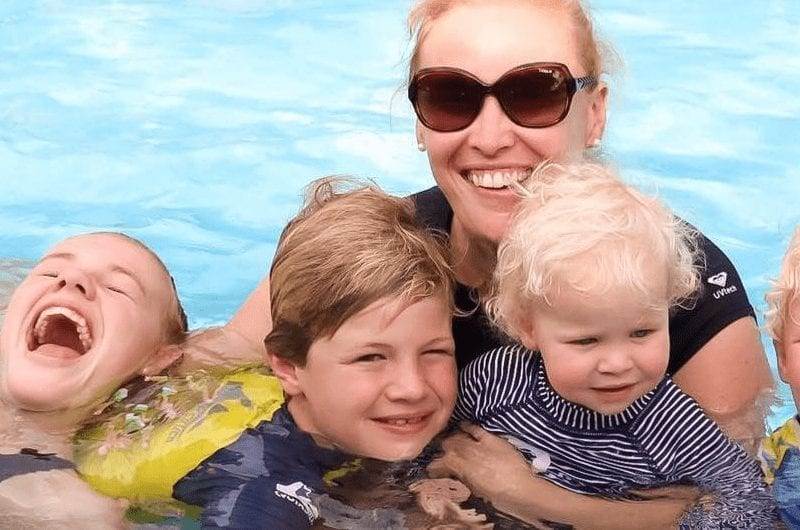 The day seemed ordinary enough. The mother of four was waiting for the school bus to drop off her two older children at the bus stop at the end of the ranch's drive, which, given the size of the property, was a long way from the house.

Every day, she would climb into her SUV and drive down the dusty road to greet them and drive them back. Only, today, she decided to break her routine… 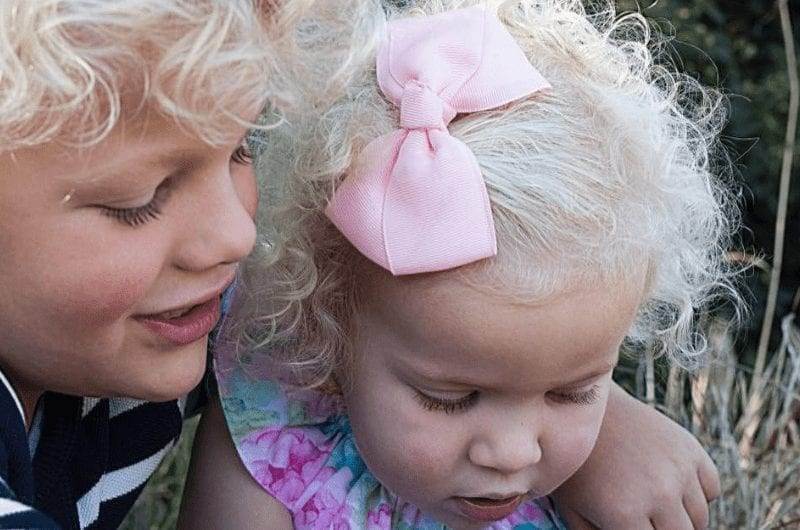 Bianca bundled her younger children, Harry and Molly, into the car with her. She had an idea, and she had some time to kill before the bus carrying Imogen and Mitchell arrived.

The weather was exceptional, and she had a brand-new iPhone with a great camera that she was itching to try out. But she had no idea that fate was brewing a perfect storm. 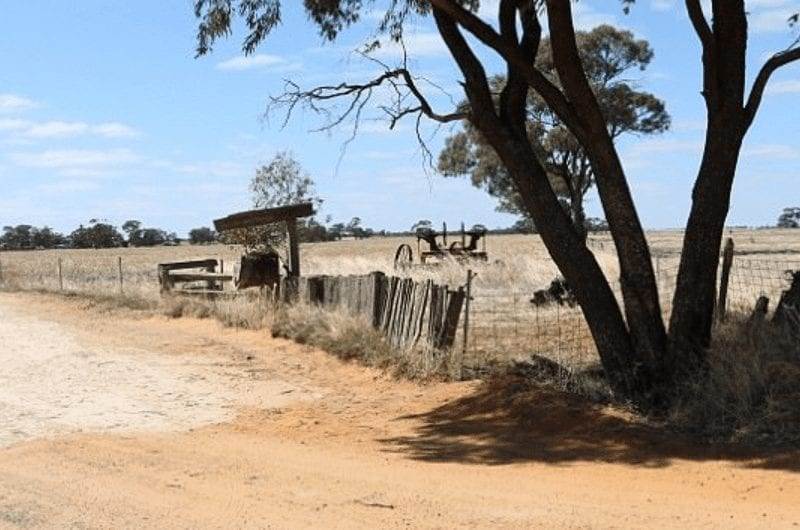 She slowly rumbled down the dusty driveway, looking for the perfect spot. She stopped by a gnarled old Bluegum tree that had been bent and whipped into twisted shapes by years of wind, right at the edge of her property.

As she pulled over into the shade, Molly, her youngest, piped up from the back. "What are we doing?" She asked excitedly. "We're going to take some pictures, baby," Bianca crooned. 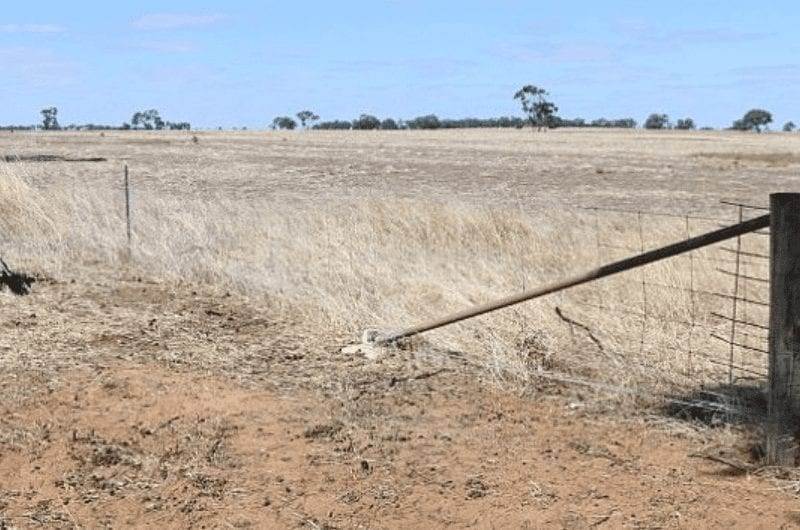 With the bus stop in sight so she could keep an eye out, she lifted Molly out of the car and asked her to pose for her. She directed her to stand next to the fence and stand with her face into the wind. Perfect. The whispering wheat field and Australia's Big Sky provided the perfect backdrop for the perfect picture of her cherubic tot.

But there was something she failed to notice, lurking in the background. 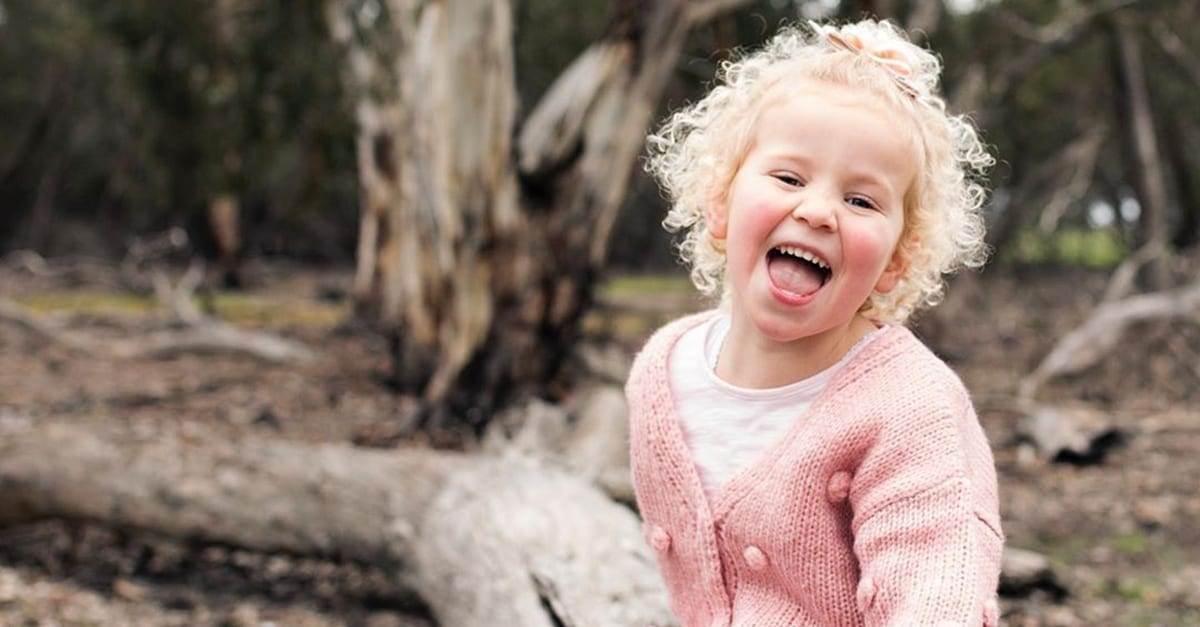 Bianca snapped the picture and knew it was too good not to be posted to Instagram. The proud mom loved the instant connectivity her new phone provided — one quick swipe and her happy-snap was uploaded for all to see.

Molly stood still, waiting for further instructions from her doting mom and clearly loving all the attention. 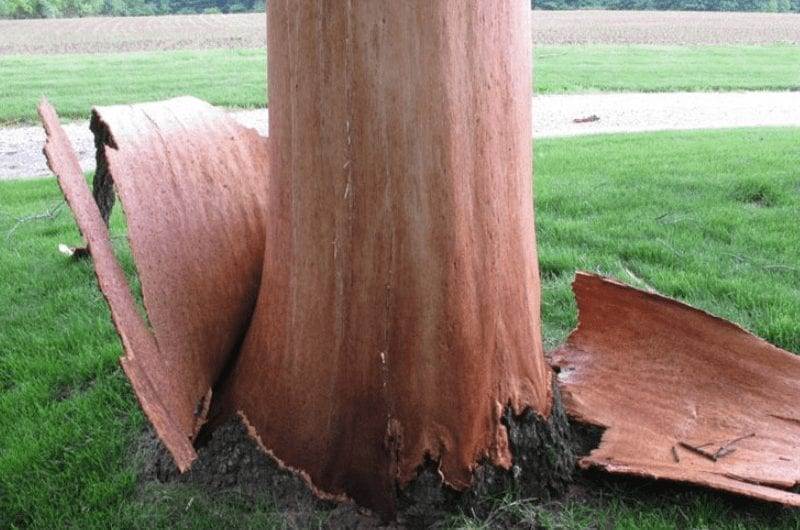 Bianca, knowing how difficult it would be to get her toddler to be this still again, held her hand up. She said: "Stay there honey… just a few more," and refocused on Molly with her lens again.

Out of the corner of her eye, she saw something move. She thought it was a piece of bark that had been blown off a tree… but she was so very wrong. 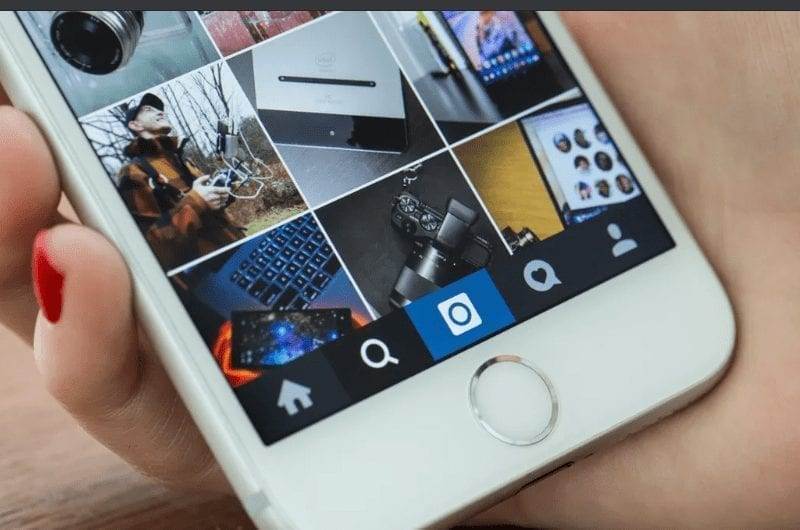 She uploaded the new pictures in one quick batch, but then her phone began to go crazy. Notification after notification pinged to her phone as it vibrated in her hand.

She smiled as she swiped through them quickly, but when she saw what people were writing on the photo of Molly, her smile was quickly wiped away. They had seen it immediately. 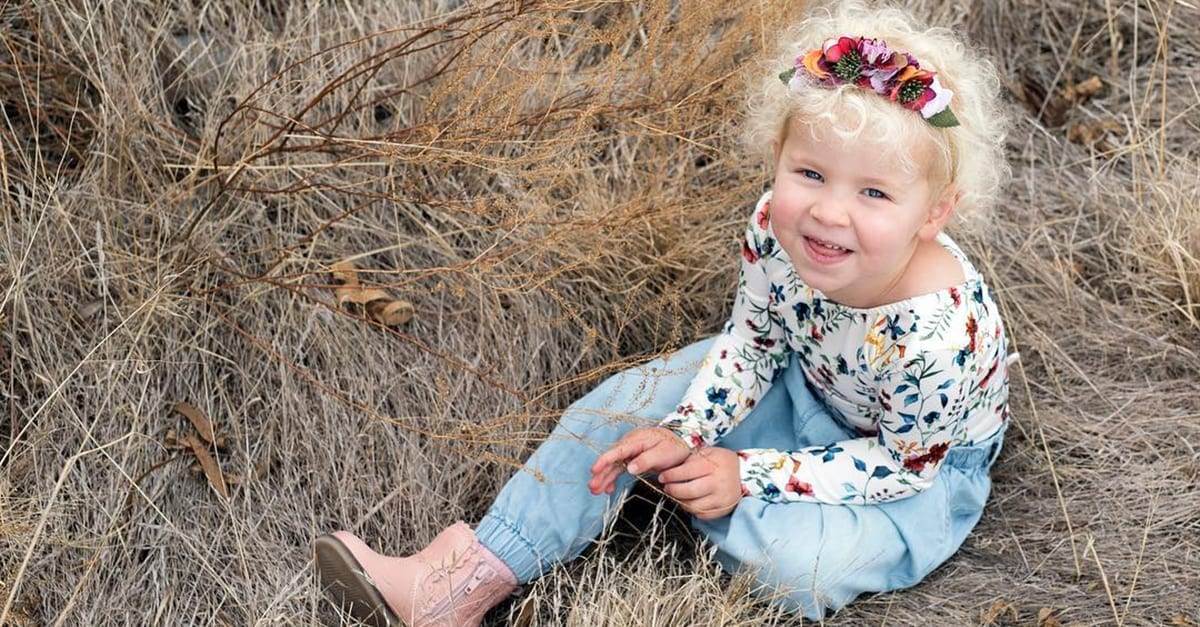 Bianca's face became a mask of horror when she snapped her head back at Molly and saw it for herself. Just inches away from her daughter's feet, something moved silently.

Molly stared wistfully into the distance, oblivious. With her instincts kicking into overdrive, Bianca tried to get her toddler's attention. Her life depended on it. 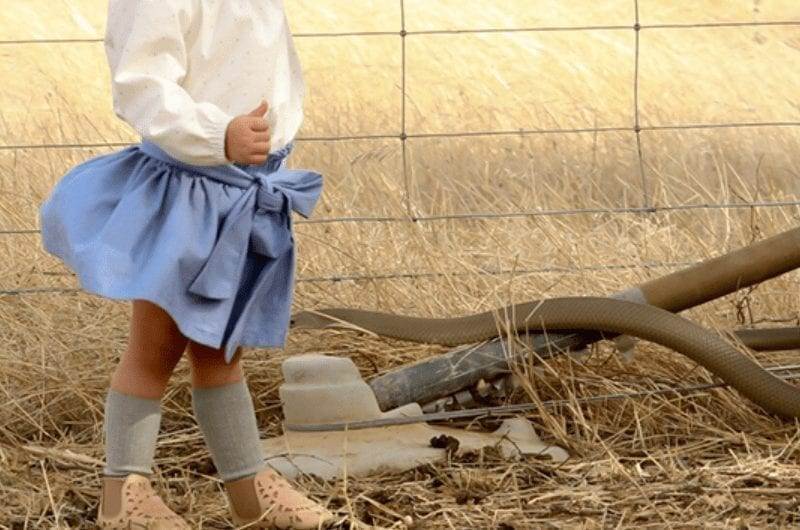 With fear knotting her insides, she shakily motioned for Molly to be very still. Thankfully, the toddler seemed to understand, but she had no idea that her mom wasn't playing a game.

Bianca felt the scream welling in her throat, but she pushed it down. She couldn't let Molly see that she was about to crack. There, close enough to touch Molly's boot, was an Eastern brown snake.

Eastern brown snakes are common in the region of Western Victoria, but Bianca had only seen two on her farm in all the years they had lived there. And she had never been in such a harrowing situation before.

Knowing that these snakes can pack a punch strong enough to knock out 20 fully-grown men, she had to act quickly. She remained absolutely still, never breaking eye contact with Molly. 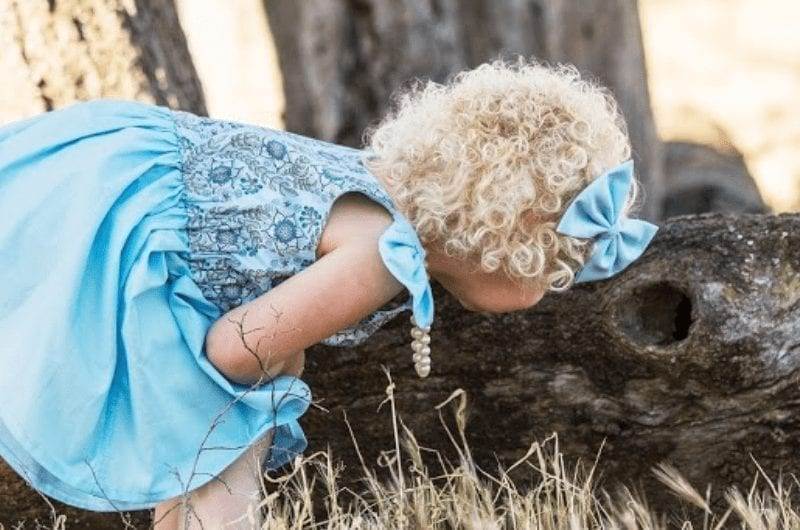 Bianca knew that if she or Molly moved, the snake might get spooked and strike. They were trapped in a potentially deadly stalemate. Molly, to Bianca's relief, copied her and didn't move a muscle.

But it was only a matter of time before the spell Bianca had over her two-year-old was broken. What would happen then?

Pushing The Fear Down 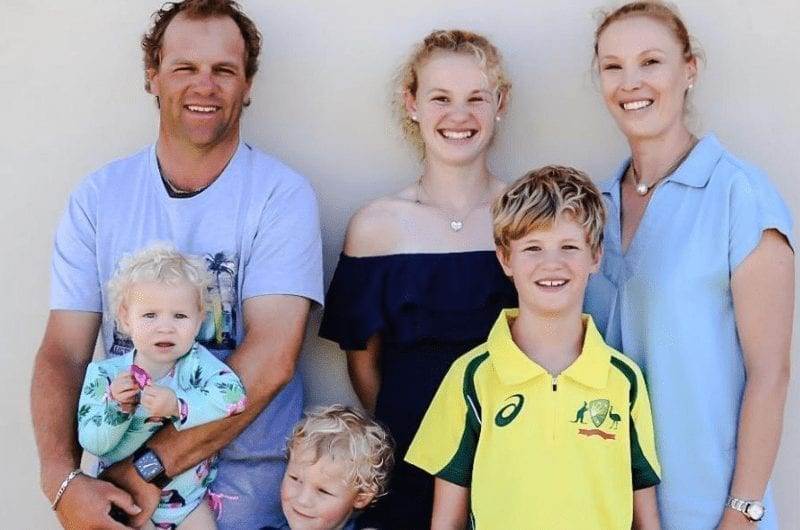 "All my instincts wanted to run and pick her up and scream and run away," Bianca said. But she had to fight against the massive adrenaline rush pumping through her veins. Then, the snake began to move again and Bianca shuddered.

But, to Bianca's massive relief, it slithered away — back into the tall grass that it had come from. Just then, she heard a commotion behind her. 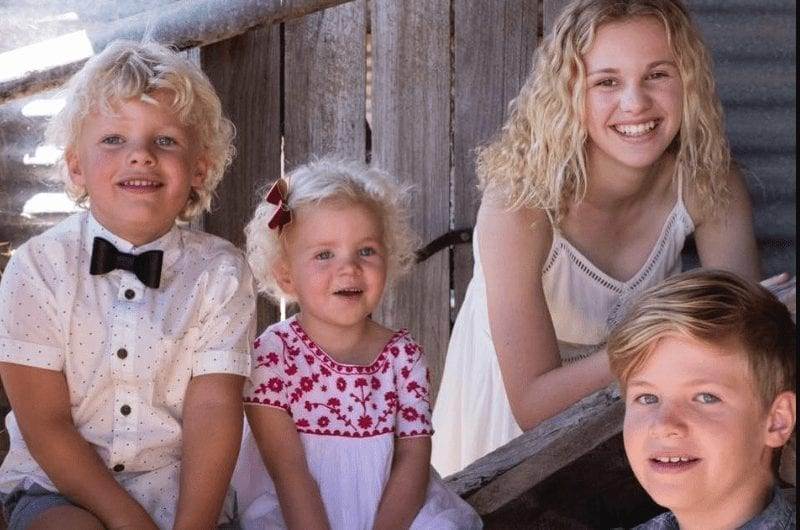 The bus had arrived and her other children were walking toward her. But they stopped dead in their tracks when they saw their mom's panic-stricken face. Then, Bianca began to yell. "Get in the car!" she screeched.

Even with all four of her children safe in the SUV, her hands were still shaking when she started the engine. 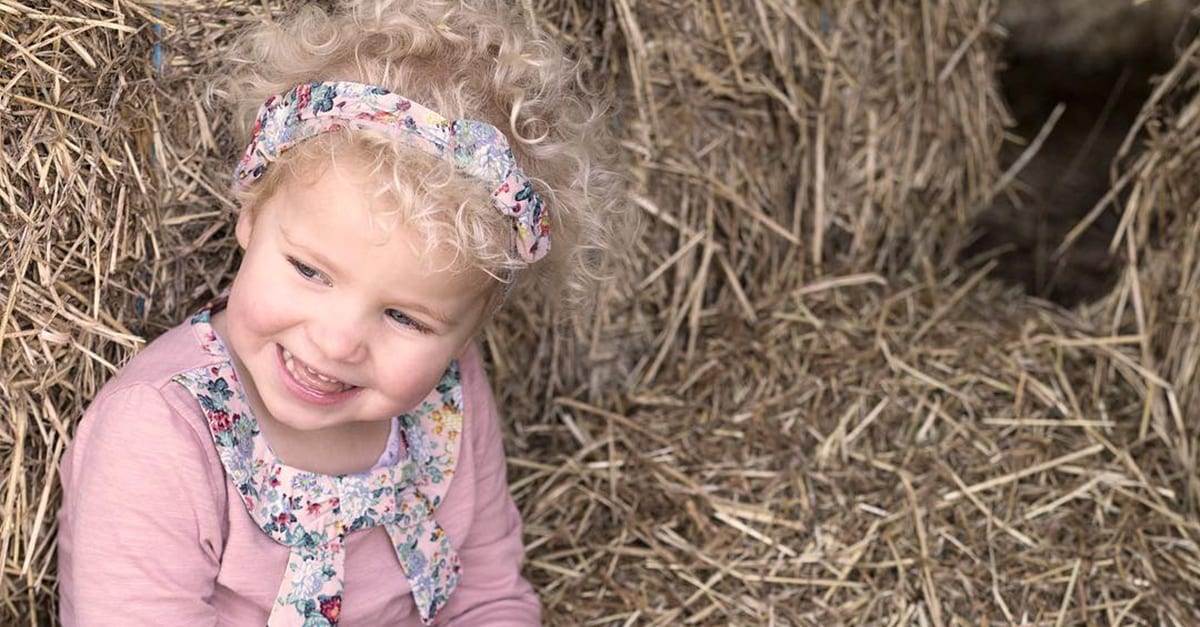 Imogen, her thirteen-year-old daughter, broke the eerie silence in the car. "What happened? Did you see a snake, mum?"But all Bianca could do was nod. After she had recovered somewhat, she added: "Yes. It was at least two meters." But Imogen wasn't convinced.

"Oh mum, it wasn't that big!” She exclaimed, trying to lighten the mood. But when she saw the photos, her eyes widened in disbelief. 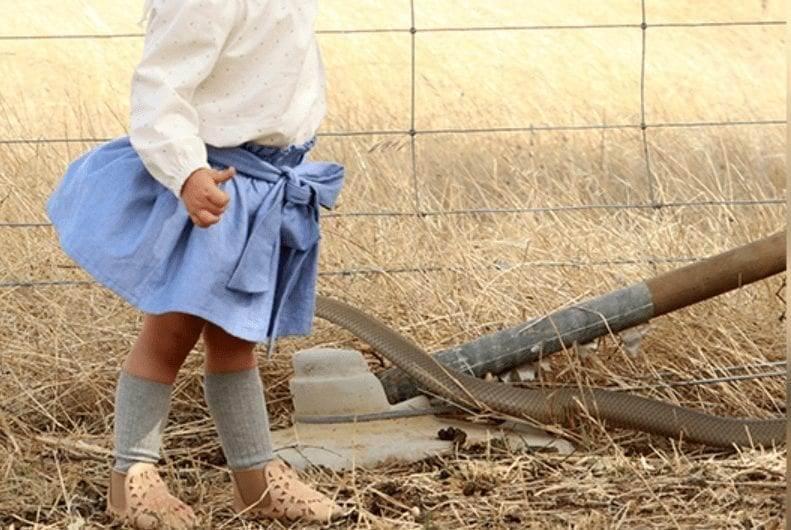 When she and her kids were all safely at home, Bianca showed her children the now-viral photographs and all the comments that had alerted her to the enormous snake. She couldn't believe that she had been so distracted that she hadn't even seen it.

But reviewing the photos revealed something even more gut-wrenching for the shaken mom. 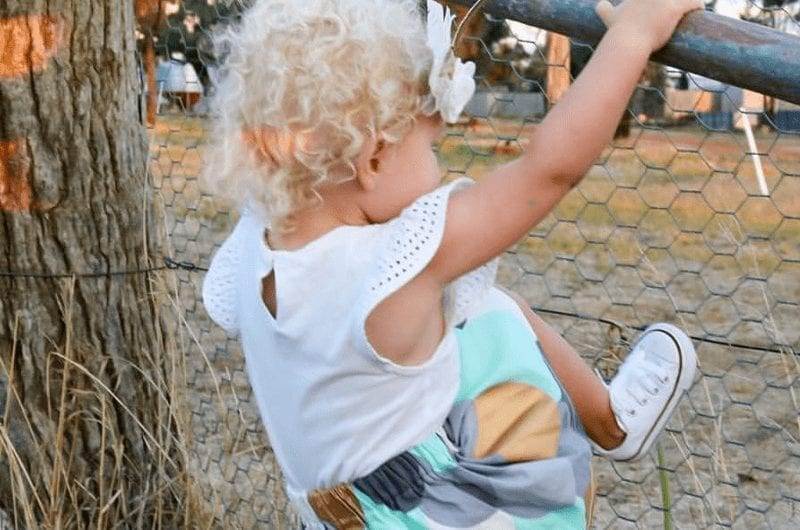 The Eastern brown snake was there in not one, but three of the photos! And with every shot, Bianca saw it moving closer to her helpless toddler. And, in the photos, it was clear for everyone to see just how big the snake was.

The photographs, which have been shared hundreds of times, have caused many mothers sleepless nights. Not least of all, Bianca. 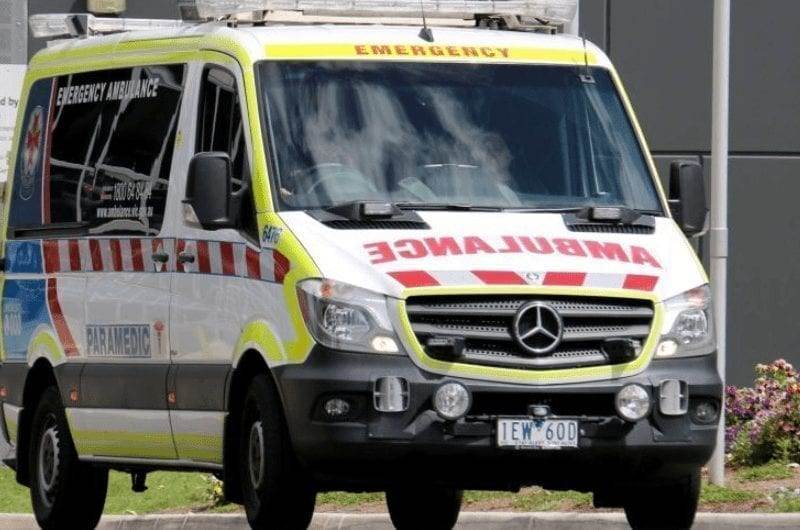 It's not surprising that Bianca can't bear to look at the harrowing photos. "I haven't slept since it happened. Every time I shut my eyes I see that big snake and what could have happened,"she said shakily.

"I see Molly being taken away in an ambulance." But what was Molly's reaction upon viewing her dangerous encounter? 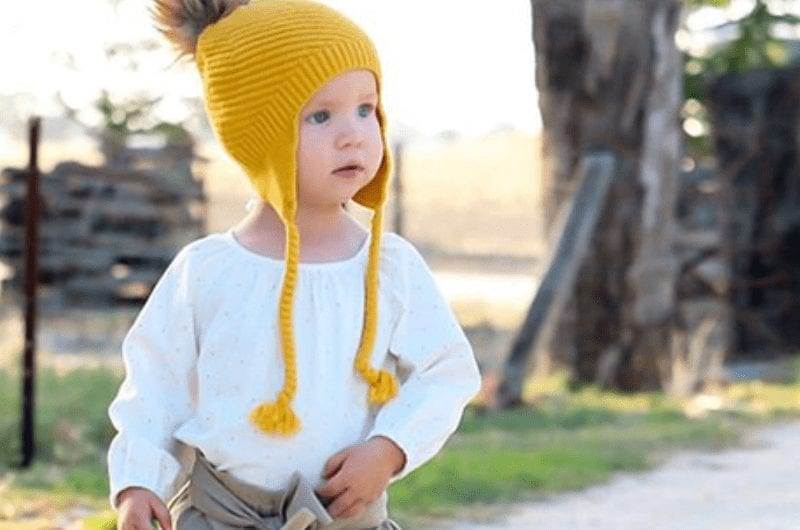 "Molly didn't notice the snake," Bianca explained. "I think that was probably a good thing, because she may have run screaming if she did." She added: "Molly still doesn't understand what happened. Which is good, and maybe in years to come she'll have a look at it and see how lucky she was to escape."

When her mom showed her the terrifying pictures, Molly studied them quietly for a few minutes. Then, she said, "That's me!”