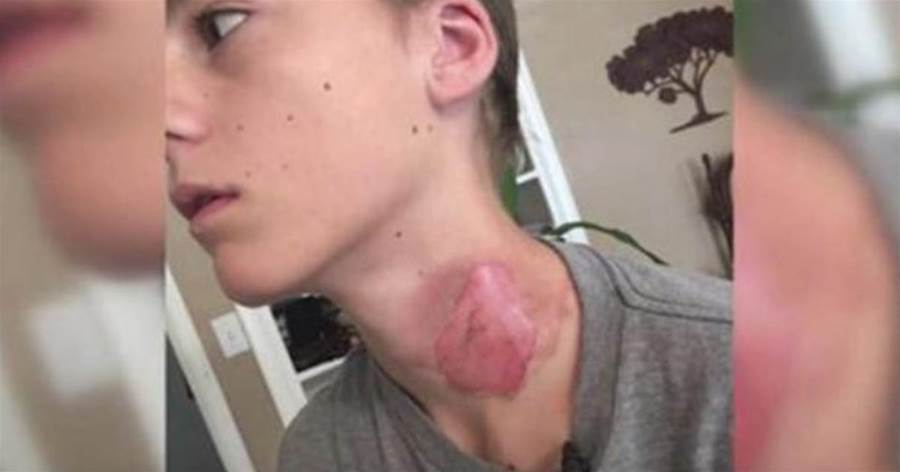 Home » Teen Wakes In Agony During Sleepover, Notices Bad Burns On His Neck

Most of us have fond memories of attending sleepovers at our friends’ houses as kids. However, Arkansas teenager Nickolas Conrad lived through a real-life nightmare at a sleepover he went to. The teen boy awoke in agony in the middle of the night, only to realize the cause of his pain was something horrifying. 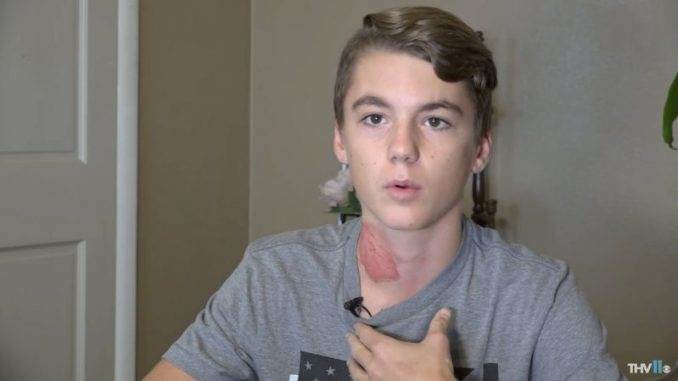 With the prevalence of social media has come the notorious internet challenge. We’re now seeing teenagers inhale laundry detergent and snort condoms up their noses in irresponsible and hazardous cries for attention. Another challenge is even more dangerous because it involves an unwilling and unsuspecting victim who could be permanently maimed. Arkansas teen Nickolas Conrad learned this the hard way when his so-called “friends” planned to subject him to the “Hot Water Challenge” at a sleepover.

According to KTH11, the “Hot Water Challenge” is a dangerous trend that kids are trying in their incessant effort to be “cool.” But it’s leaving many of them hurt. In one case, the cruel challenge claimed the life of an 8-year-old girl in Florida, and it’s leaving nasty burns on other kids from across the country.

Sherwood High School student Nickolas Conrad was at a sleepover with six of his friends when they attempted the challenge on him while he was asleep. “I felt this really bad burning on my neck and when I woke up, and I started screaming and crying,” Nickolas recalled. First- and second-degree burns now cover the majority of his neck.

“It was the worst pain of my life,” the teen recounted. He said the boys at the sleepover made a game of his life, and he feels lucky just to be alive at this point. “I just want them to leave me alone. They’re not my friends anymore, and they’re not going to be,” he said. 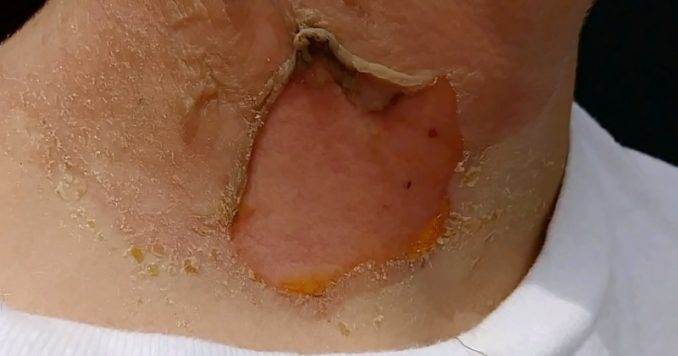 First- and second-degree burns now take over the majority of Nickolas Conrad’s neck.

Nickolas’ mom, Mickey Conrad, said she’s still in shock. “I thought he had been in an accident and that it had been an accident, but when I found out it was deliberate, it’s so concerning,” she said. She’s now urging other parents to warn their kids of the dangers of recreating challenges found on the internet. “Don’t ever say, ‘My child won’t do that,’ and educate them,” said Mrs. Conrad.

In the aftermath of the incident, Sergeant Keith Wilson with the Sherwood Police Department said, “We’re now talking with our school resource officers who are working with school administrators to educate all the students to not do this and that this is not a joke. These kids could seriously injure someone, and you can be facing felony charges.” 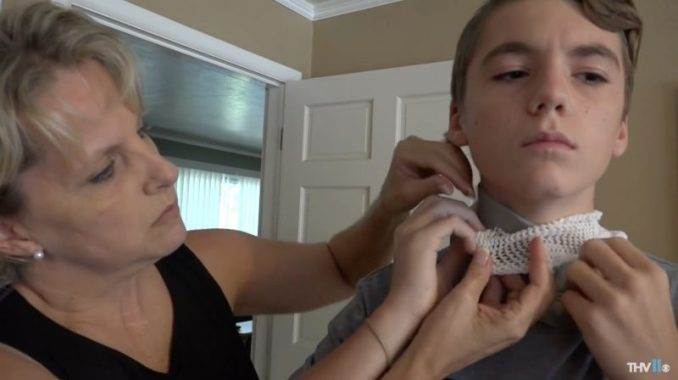 There were adults at the house on the night Nickolas Conrad was severely injured by a group of boys claiming to be his friends, but those adults were asleep. This is a nightmare scenario for kids and their parents alike, as it could seemingly happen to anyone. It’s easy enough for misguided teens to go boil a pot of water while their parents are sleeping, and before you know it, an innocent victim can end up hurt or worse.

Nickolas Conrad’s story serves as a crucial reminder to parents that they can never be too careful when discerning whether or not to allow their children to spend the night at other people’s houses. Even as teenagers, kids can be susceptible to the dangerous games their friends have planned without their knowledge. For this reason, many parents no longer allow their kids to attend sleepovers at all. Unfortunately, in this day and age, you simply cannot be too careful. It’s better to be safe than sorry.