Kids these days, eh? Every generation seems to believe that only they had good manners, listened to better music, wore cooler clothes, and were just generally superior in every way to the entitled, spoiled kids of nowadays.

And you know what? It’s true. There’s nothing cool about tubby, rude and ignorant kids. Spoiled brats whose life lessons consist of being raised in front of a screen and stuffed full of potato chips, listening to Post Malone and being oblivious to social norms and basic human decency. 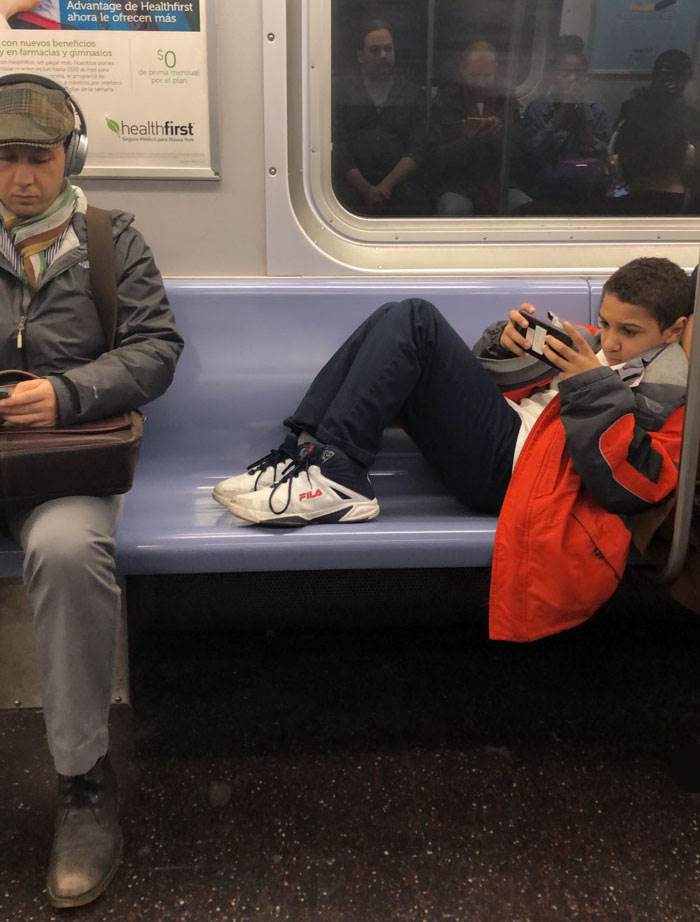 Of course, this is a massive generalization. But after this incident, posted by Twitter user , you can’t help but feel a little upset by the lack of work that goes into raising kids. A bratty kid was sprawled out over two or three seats on the subway, zombified in front of his phone (naturally) while his guardian sat by, also away in her own world.

Most people faced with this situation would probably give a disapproving look, feel a bit annoyed by the injustice of it all and continue to stand, while the boy selfishly luxuriated on his own personal couch. Not this hero, however. A young Elton John look-a-like, tired of still standing, showed up and was having none of it. “This lil ass— wouldn’t move his legs for 3 adults, so this guy comes and just SITS on his legs #mykidcouldnever,” Isabel  along with a few pics and a short video of the incident. 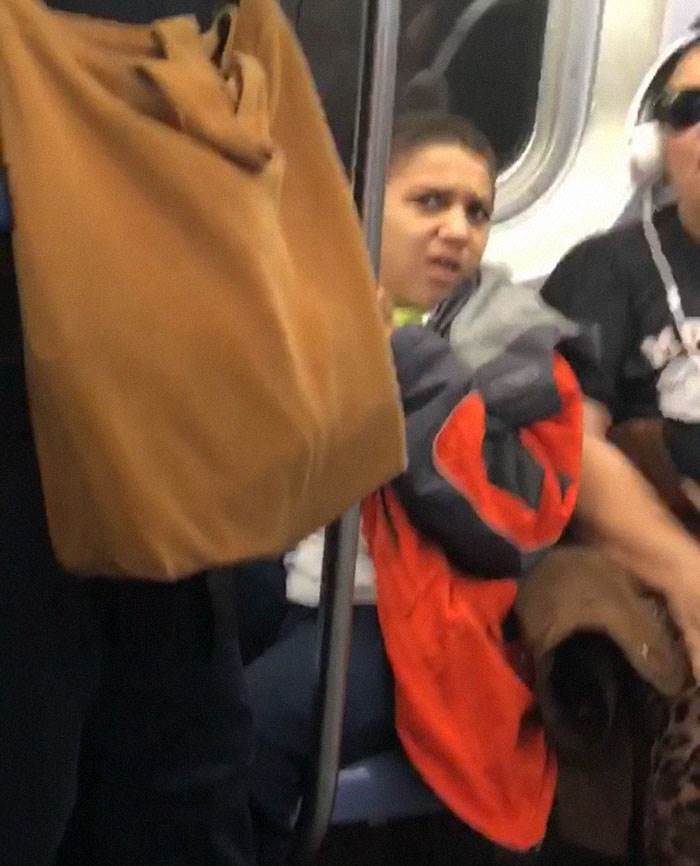 The look on the kidspreader’s face after having his bubble burst is priceless. He looks genuinely shocked at being called out for his arrogant behavior, and his guardian seemed to halfheartedly defend him without ever looking truly concerned either way. 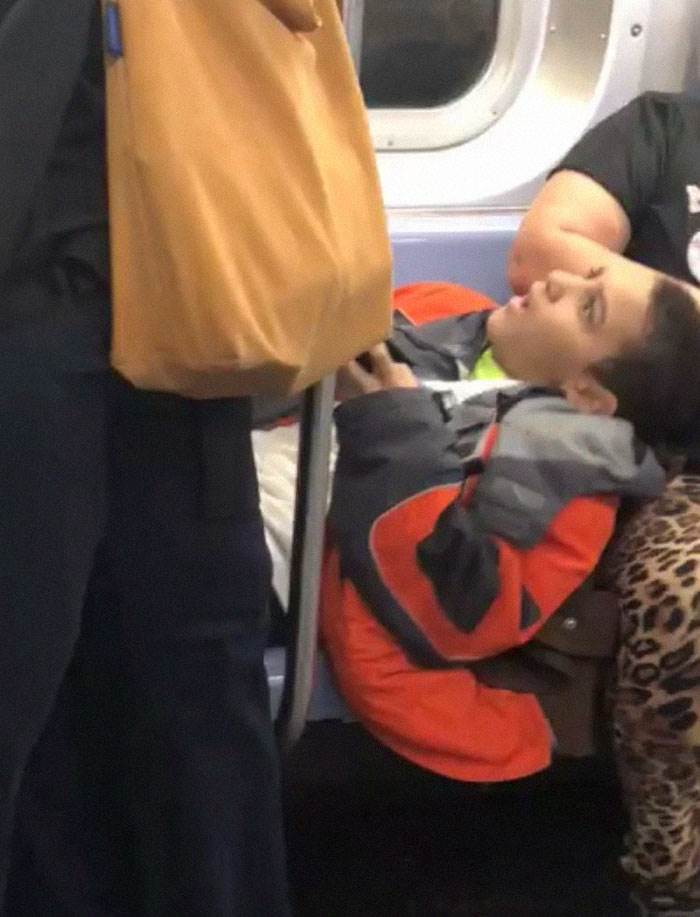 The hero got plenty of praise on Twitter after the post was shared over 47k times. Rude people taking up more than their fair space on public transport really seems to strike a nerve with the internet, and this guy is this latest to be lauded for his service to the rest of us. 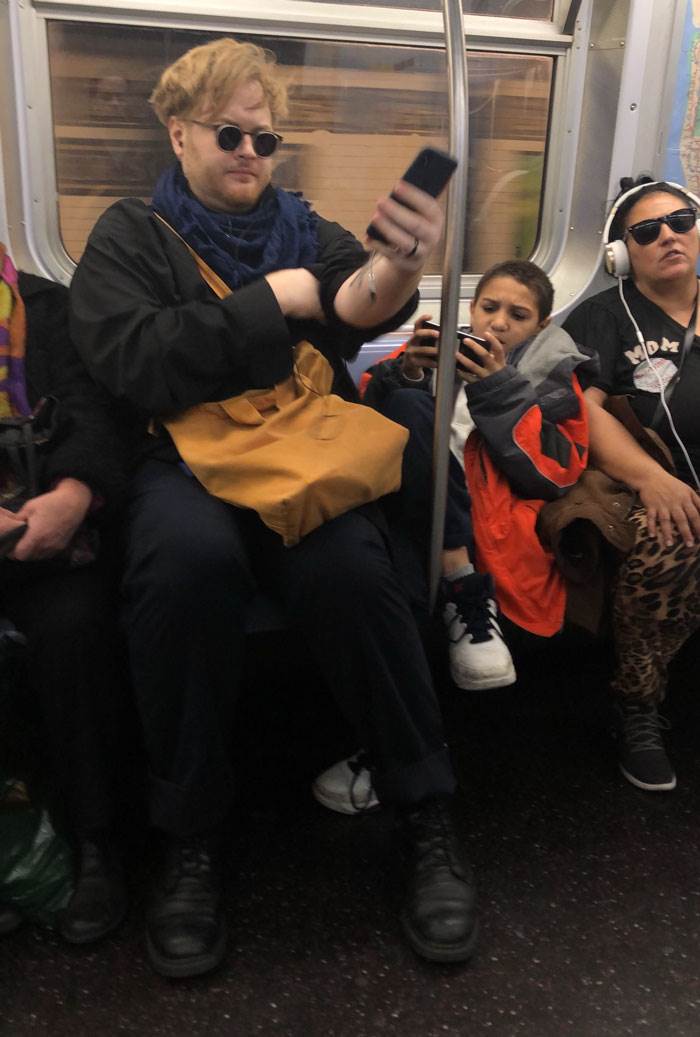 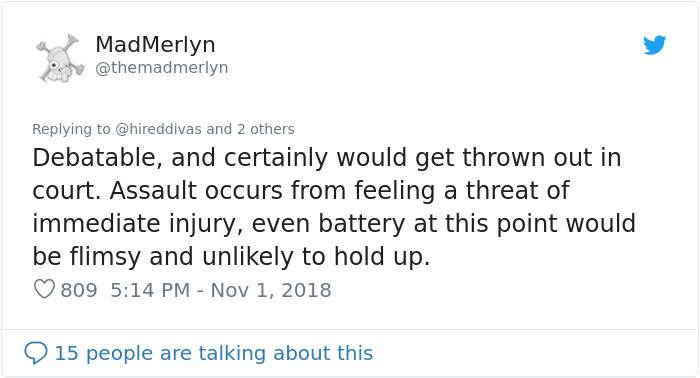