Home » Homeowner Fatally Shoots 3 Teens Who Fired At Him In Attempted Robbery,But Relatives Of One Suspect Say They Didn't Deserve it

Homeowner Fatally Shoots 3 Teens Who Fired At Him In Attempted Robbery,But Relatives Of One Suspect Say They Didn't Deserve it
Antonia
Antonia

After a homeowner shot and killed three masked teens who fired at him during an armed robbery, relatives of one suspect where quick to speak to reporters — even before the teens’ names were released. The family had questions, as well as plenty to say about “these little teens” who lost their lives.

Three teens — eventually identified as Isaiah Reid, Jaime Hernandez, and Brandon Gresham, according to WMAZ — lost their lives when they donned masks and fired at a homeowner during an attempted robbery. While most can understand why a homeowner would return fire after a group of masked young men shot at him, relatives of the boys were quick to come forward to say “these little teens” didn’t deserve it.

According to the Rockdale County Sheriff’s office, the two 16-year-olds and a 15-year-old, wearing masks, attempted to rob three residents in the front yard of a Conyers, Georgia home at 4 am on a Monday morning. After approaching the home on White Oak Court, one of the teens brandished and fired a handgun. A resident returned fire, hitting all three suspects. None of the victims of the attempted robbery were injured, but all three teens died — one at the scene and the other two at a local hospital. 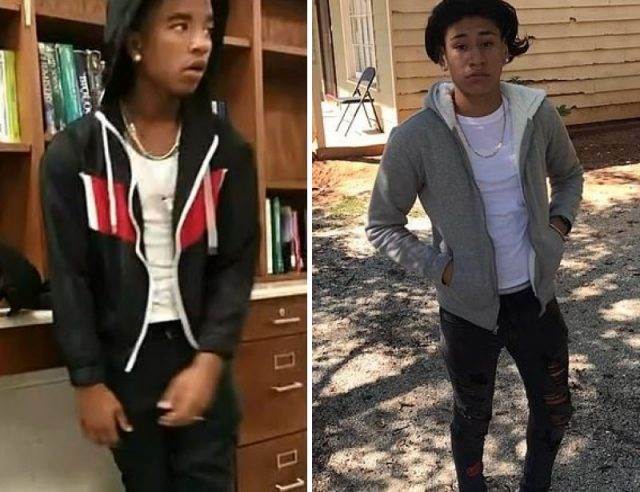 Brothers Isaiah Reid, 16 (left), and Jaime Hernandez, 15 (right), were shot and killed along with their 16-year-old friend after allegedly trying to rob a home in Conyers, Georgia. 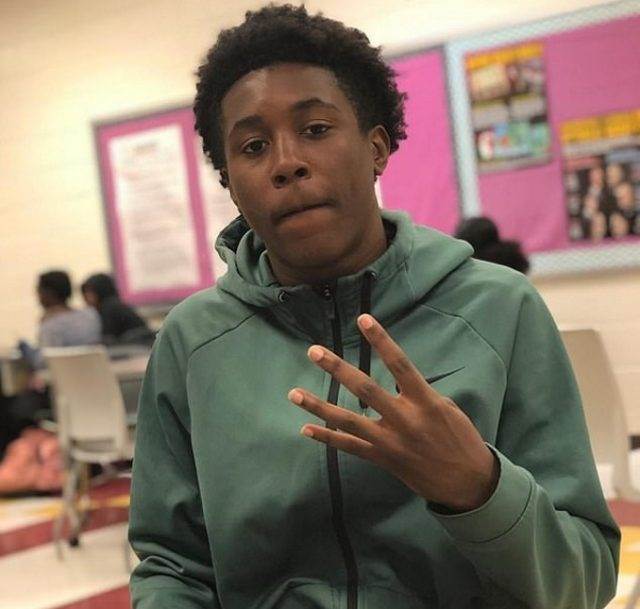 Brandon Gresham was the third person to die in the early morning shooting.

The Family Reacts To The Shooting:

Following the incident, a group gathered near the scene of the shooting. They wouldn’t give their names but said they were related to one of the suspects who died, and they were eager to tell reporters what they thought of the ordeal, saying the teens, two of whom were brothers, didn’t deserve to die. “He didn’t have to kill them,” one female said, according to WSB-TV.

“That’s not how it’s supposed to go,” a young man in the group complained. “I understand one shot to stop the people, the victims or whatever — but aggressively to shoot these little teens, that’s, that’s overkill. That’s too much to handle,” he said, expressing his frustration and grief.

Police do not believe race was a factor since the homeowner was also a person of color. “He’s a nice, caring dude,” neighbor Asteria Williams said, seemingly vouching for the homeowner’s character. “If they would’ve knocked on his door and asked for anything, he would’ve gave to them. He’s a nice dude,” she added. But, the family members of the teens who were killed had questions.

“I hope that someone can come forward and let us know what’s going on, because this is, like, devastating to my family,” Reid and Hernandez’s aunt, LaShawn Thornton, told 11 Alive in the segment below. “There are three teens that are dead, now. And, we all loved them,” she added, saying she “wants justice.” As news of the teens’ deaths emerged on social media, however, many had questions for the family, asking why the teens were out at 4 am with handguns.

Neighbors Describe The Homeowner & What They Witnessed:

Neighbors explained that the homeowner is a “quiet, hard-working truck driver” who works long hours and is “rarely at home,” Daily Mail reported. His property displayed “no trespassing” signs that clearly stated violators would be shot, but the community only had nice things to say about their neighbor. “He is a good neighbor. My nine-year-old son plays with his nephews,” Chico Chapman said, adding that the homeowner is a “friendly guy who always waves.”

The homeowner was known to own a semi-automatic rifle and to be highly protective of his mother, according to neighbors, and a woman was among the three people at the home during the shooting, investigators said. “It was five shots, and then it sounded like a handgun. Then I heard somebody have an assault rifle. And, it was a slew of shots that came out,” neighbor Carlos Watson recalled. 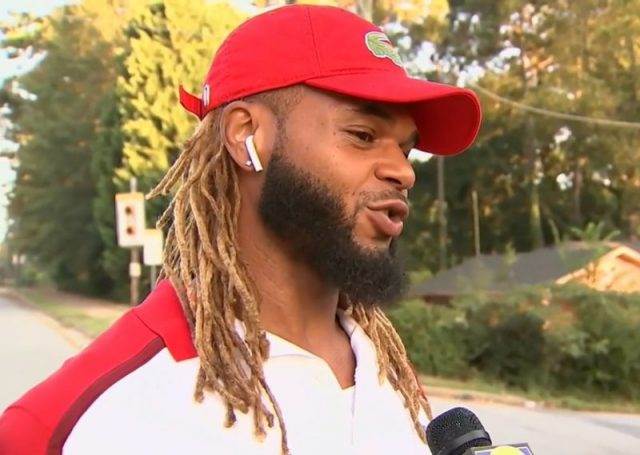 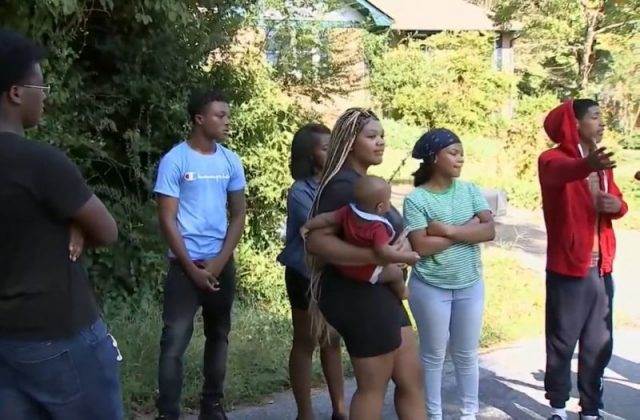 “It is very, very tragic for these young men to die like that. It just hurts me. I’m just crushed. And, so is the shooter,” fellow neighbor and friend Brian Jenkins said of the triple shooting. Jenkins, who acted as a spokesman for the homeowner, added that the man “acted on instinct” and explained that he witnessed the aftermath of the shooting.

“Someone has a mask on and approaching you at four in the morning, the likelihood is they’re trying to exact bodily harm,” Jenkins said. “I heard a guy yelling for help: ‘Help me, help me, I’m dying, I’m dying, help me, help me,'” he recalled, saying he held the boy as the teen continued to repeatedly tell him he was dying. “I told him that he wasn’t going to die, and he died,” Jenkins added. You can see one of his emotional interviews below, where he describes the tragic day he’ll “always remember”:

Deputies found the teens, with masks still on their faces, outside the home after the homeowner called 911. One was lying near the edge of the driveway. The other two were up the road a bit. One of the teens was laying on top of a black Glock handgun in a pool of blood, ABC 10 reported. No charges were filed, and it’s not expected that any will be since this appears to be a “stand your ground” case of self-defense.

The relative had one thing right: “That’s not how it’s supposed to go.” Teens aren’t supposed to be attempting to commit armed robbery and shooting at innocent people. This homeowner was “crushed” by the lives he took outside his house, and no one should have to live with that. His other option, however, was to risk being killed when one of the suspects opened fire. He did what most would do and defended himself, his home, and those he loves. Now, he’s the one forced to endure a life sentence of guilt for someone else’s crime.