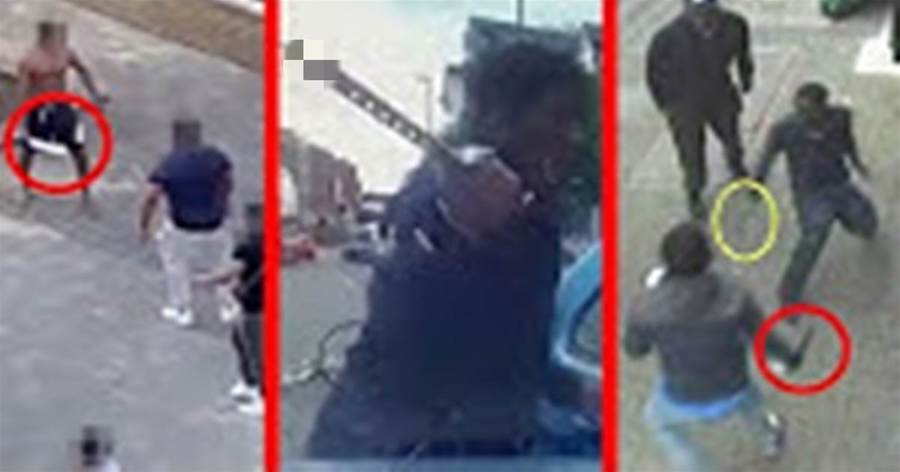 Home » Knife gangs are breaking into hospital wards to finish off their victims: A chilling dispatch by a doctor on a barely believable horror hidden from the world until now

Knife gangs are breaking into hospital wards to finish off their victims: A chilling dispatch by a doctor on a barely believable horror hidden from the world until now
Antonia
Antonia

Working in a London hospital, you get used to dealing with the after-effects of gang fights. But you don’t expect to see them.

Of the many horrible things you might witness as a junior doctor in the capital, among the worst must be watching a teenage gang trying to break into the ward you work on, hoping to finish off a victim, punching your colleagues out of the way to get to him.

Where I work, there’s a ‘code red’ every day. That’s what we call the arrival of a stabbing victim. The patient is almost always a teenager. We should provide a safe refuge. But just a few weeks into working in a London hospital, I had witnessed two stabbings.

A few weeks ago, a boy came in with knife wounds and was taken to have a CT scan to assess the damage. But his attackers were not satisfied with wounding him – they wanted him dead. After turning up at the hospital, the whole gang rushed to the CT scanners.

The nurse and radiographer tried to stand in their way – my colleagues tend to be extremely brave – but they were attacked and knocked to the ground. At this point, security arrived: the gang fled, successfully escaping. 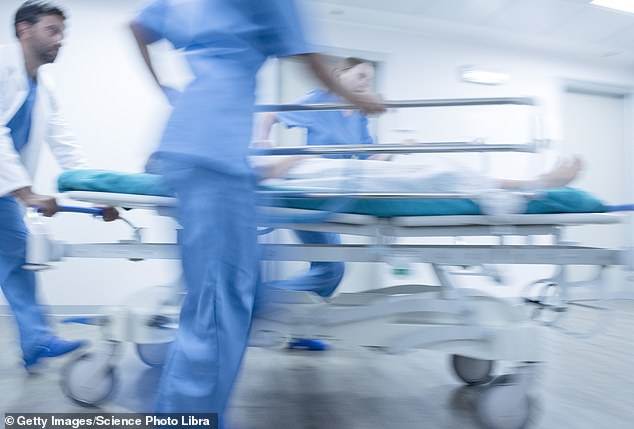 If you’ve been to a hospital recently, you’ll know that you can pretty much walk in and around as you like. There are far, far too many people to check.

There are numerous restricted and locked areas, and we have permanent security guards posted on the highest risk areas for gang violence – but most entrances are completely open at all hours.

You can’t get into other wards without buzzing and being let in, but anyone can get into A&E.

The injured boy came in on a Saturday morning, when the hospital was quite empty. Later that day, someone walking around on the first floor suddenly heard loud shouting and yelling. One of my friends was working in a ward adjacent to A&E, and saw a man run up and start banging on the door, closely followed by a group of young men.

The gang had returned, found a target, and were chasing him down the corridor, knives out. All the wards were locked, and the man was trying his best to get away, hammering on all the doors – but no one was opening up.

None of the staff wanted men with knives running around their wards – and, frankly, probably didn’t want to be in harm’s way themselves. We’re not paid danger money. My friend felt guilty for not opening the door, but what was she supposed to do: put herself and all the patients in her ward at risk?

Usually when there is a gang-related incident, there are stabbings on both sides. Hospitals go to great lengths to ensure members of rival gangs are taken to separate trauma centres. But sometimes a mistake is made – or both victims are too unwell to reach another hospital – and they end up in the same place. Either way, if gangs are determined to take their feuds into hospitals, there is not much we can do.

Gangs come up with all sorts of ways to try and access victims who have survived. Sometimes, they pretend to be family members. The hospital has started to set code words that genuine relatives can use to identify themselves when they come and visit. But on one occasion, a hostile gang created fake ID badges.

They managed to get hold of their target’s location and just called on the intercom. They were buzzed in, and at least a couple got onto the ward. Occasionally, gang members who’ve been stabbed are personally guarded by the police during their admissions. I know of at least one who was discharged straight into witness protection. 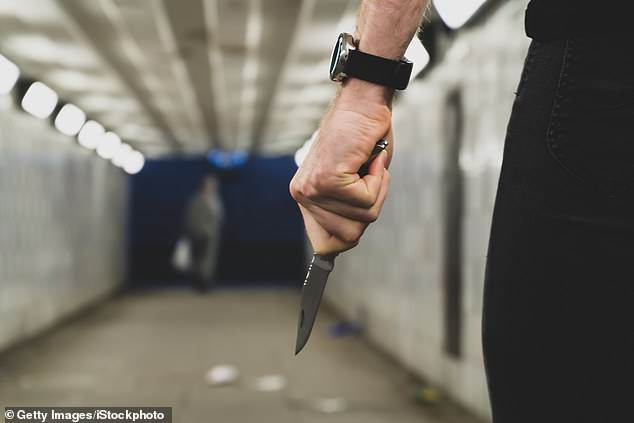 Of the many horrible things you might witness as a junior doctor in the capital, among the worst must be watching a teenage gang trying to break into the ward you work on, hoping to finish off a victim, punching your colleagues out of the way to get to him

There was blood all over the floors of the corridor when the gang left that Saturday. Their victim, the man who’d been banging on doors, was rushed to the Intensive Care Unit. He was at – in terms of treatment quality – one of the best hospitals he could hope for.

The major trauma team often includes ex-military doctors. There will be up to five different surgeons working to save one victim simultaneously. This, of course, places a great strain on the health service, but the upside is that London surgeons have become experts – the best in the world – at treating stab wounds. People survive horrendous attacks that would have proved fatal a few years ago.

Some are not meant to kill, though; gangs sometimes go in for ‘bagging’, which is when they stab the victim in the rectum, so that they need a colostomy bag for the rest of their life. This is meant to be the most humiliating punishment.

At another hospital I worked at, a couple of stab victims came in almost at the same time, one a 16-year-old boy with a deep wound to the leg. How did this happen, I asked, and he said he was just messing around with a knife in his kitchen and had thrown it in the air, after which it had landed in his leg.

Naively, I was inclined to believe him – especially because his mum was there. But I then went to discuss the case with my consultant, who said: ‘You don’t believe him, surely? Ask the mum what kind of knife it was.’ Neither could describe it, of course. I did find it slightly ironic that the boy turned out to be terrified of needles, grabbing at my arm as I tried to inject some local anaesthetic with something less than half a millimetre in diameter.

He then asked me: what would be the most dangerous place to be stabbed in the leg? Is there any spot which would kill someone? Somehow, I doubted his wound had awakened a yearning to undertake an anatomy degree, so I feigned ignorance and responded vaguely.

Later, his mum kicked up a massive fuss about her son not being seen straight away by doctors. He had a six-hour wait; it was a deep cut, but the risk of infection from kitchen knives is small. Of course, if it hadn’t been a kitchen knife, but rather a knife used in street fights, then there was a much higher risk of infection. In the boy’s defence, he was quite understanding when I told him I would have to report the incident to the police, and said he ‘could see how it looked’. Still, he rigidly stuck to his knife throwing story. 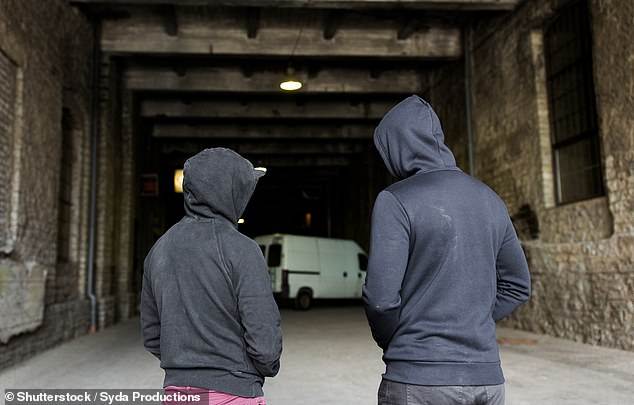 Gangs come up with all sorts of ways to try and access victims who have survived. Sometimes, they pretend to be family members

After a stabbing victim arrives, you often see the victims of the revenge attacks coming in the very same day. This boy had arrived at 10pm and later on that night another few boys with knife wounds were brought in; some were in a worse condition and were sent to a major trauma centre with life-threatening injuries. We assumed the incident was a response to the earlier violence.

What feels odd, to me, is that so many people – children – are being stabbed in London hospitals and yet almost no one outside the hospital seems aware of it. Unless someone happens to tip off a reporter, these incidents seem to get swallowed in the general mass of crime stories and injuries. Perhaps it will only get reported if – maybe I should say when – someone is murdered in a hospital.

I suspect this is part of a general increase in knife crime, although it’s entirely possible it’s been like this for a while.

After all, even if last year’s 132 London murders made it the worst for almost a decade, things were far worse in the 1990s and early 2000s. In 2003 there were 204 murders – and there were almost two million fewer Londoners then – although, with better treatment now available, some of those would have survived in 2021.

Perhaps wards have always been stormed by teenagers acting out rivalries in the most brutal possible ways. The grim determination with which our staff grin and bear it suggests they have become used to it. But even if that’s the case, the danger we face shouldn’t be secret – in the same way that the poor pay, hours, conditions and career prospects of junior doctors, relative to their peers, should also be public information.

The security guards we have are pretty impressive and fearless, but theirs is a massive job – do we really want to ask Joseph and his buddy Emmanuel to stand up, unarmed, just the two of them, against 12 teenagers with 12in kitchen knives who have stabbed before and are here to do it again, all for £18,000 a year?

It would make me feel safer if there were a few more Emmanuels. But the very nature of hospitals makes it hard to have a strict policy on who comes in and out. We know the risks, and have constant security coverage on the major trauma ward.

When the victim is treated and cleaned up, we try to ensure they don’t turn up again. We liaise with charities that talk to youths who have been stabbed, and with charities that employ ex-gang members who try to help them out of the lifestyle. These organisations offer training days for hospital staff: we learn how to speak to gang members, and which gangs work in which areas.

But after that, it’s a tick-box exercise. I have to refer the victims to social services, but mostly I wonder why I bother.

The boys don’t want me to, and it takes so much of my time. Just filling in the forms takes an hour, and remember: stabbings happen every single day.

Obviously, we have to report them to the police. But they often seem to accept these incidents as a fact of life in London. So do the boys, their general attitude being: ‘Yeah, I got stabbed and I’m fine.’ Their mothers are a different matter, and I suspect the last boy I treated got a big talking to when he got home.

But will it make any difference? Probably not. Many victims will be back again – in either the hospital ward or the mortuary.

I’m not sure what else we can do, other than pass on these horror stories – because how can we fix a problem that most people don’t even realise exists?