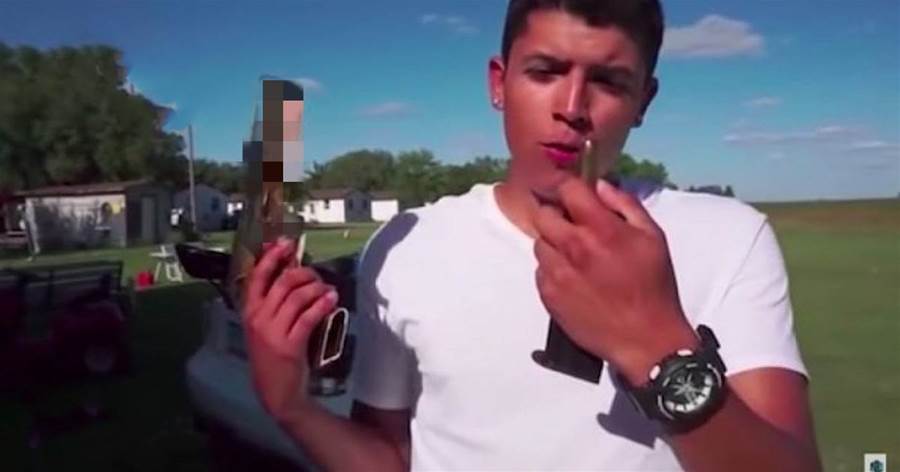 A video is garnering a lot of attention after a goofball asked his girlfriend to shoot a book he was holding. And, wow, was it a bad idea — with a .50cal Desert Eagle, none the less. Don’t try this at home. 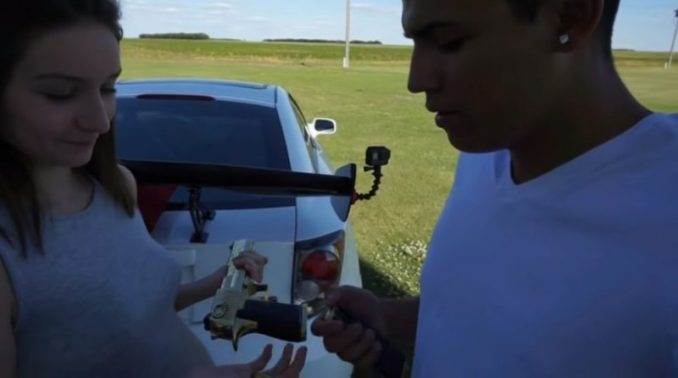 The duo was willing to do anything, and they thought they had the perfect plan. Ruiz and Perez were determined to become online sensations — or die trying. Unfortunately for him and his girlfriend, that’s exactly what happened to Ruiz, and now, the video has been released of the moments right before the young man’s dangerous stunt went wrong. 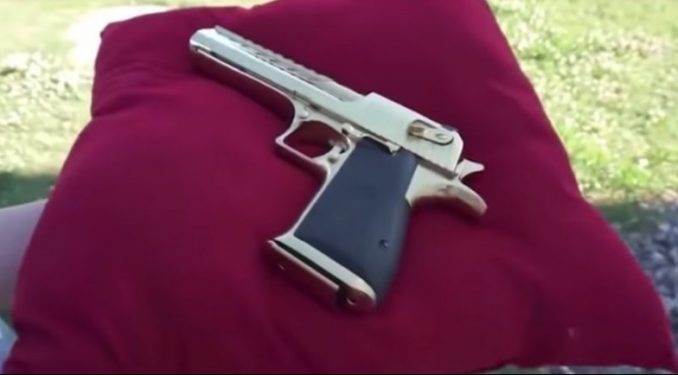 The gun used in the stunt (Photo Credit: YouTube)

On his last day, Ruiz and his pregnant girlfriend first went to a fairground in Minnesota, and he filmed himself on a “scary” ride. But, he didn’t want to stick to fairground rides or silly pranks for his fans. He wanted to take his videos to the next level, all for clicks on YouTube. So, the couple decided to post a video of a death-defying stunt.

Ruiz was going to have Perez shoot an encyclopedia while he was holding it in front of his chest. For the stunt, she’d use a .50-caliber Desert Eagle handgun — billed the world’s most powerful handgun. Perez posted about the upcoming video on Twitter, tweeting, “Me and Pedro are probably going to shoot one of the most dangerous videos ever. HIS idea not MINE.” 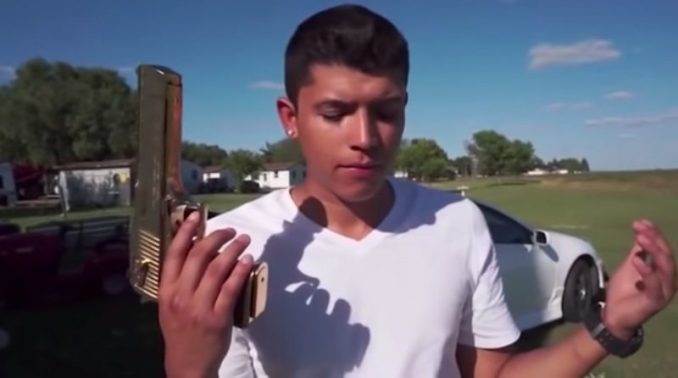 Sadly, they only proved that neither of them knew a thing about guns when they went ahead with the so-called prank video, which captured a then-pregnant Perez killing her boyfriend. Prosecutors in Norman County, Minnesota have since released the fateful final video and its transcripts.

After rambling about the set-up of the prank for a long time, it was finally time to get on with the show, but Perez was having second thoughts. “I can’t do it, babe. I’m so scared,” she told her boyfriend, according to the transcript from the video, as she wielded the .50-caliber Desert Eagle. It turns out that she had every reason to be scared. 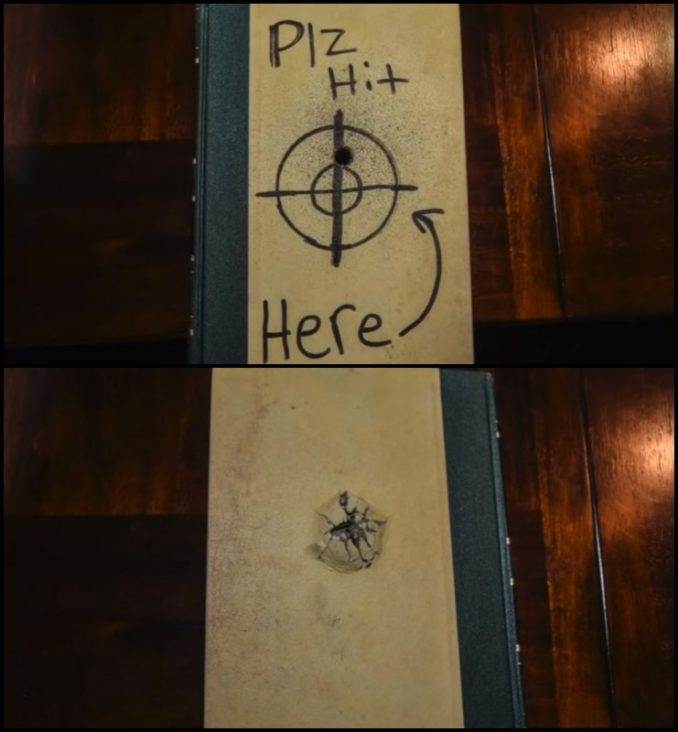 Perez was pregnant with her second child at the time of Ruiz’s death. Their son would be born months after his mother killed his father. In a statement that was like a premonition, Perez says, “Babe, if I kill you what’s gonna happen to my life. Like, no this isn’t okay,” but whether it was out of a real concern for Ruiz’s safety or acting for the so-called prank video, no one can know for sure.

In the released portion of the video from the stunt, Ruiz addresses the camera, saying, “So if I’m going to die, I’m pretty much ready to go to heaven right now. If I die, I’ll be ready for Jesus.” He continued, “He probably won’t accept me into the pearly gates because of how stupid this is, but I have confidence that my girlfriend will hit the book and not me.” Then, he reassured his girlfriend, saying, “As long as you hit the book, you’ll be fine. Come on,” while holding a hardcover encyclopedia to his chest. With cameras rolling, she fired.

The bullet went through the book, killing Pedro Ruiz III. Monalisa Perez was later convicted of second-degree manslaughter and banned from ever possessing firearms. Had she gone to trial and been found guilty, she could have been looking at up to 10 years behind bars. Luckily for her, the prosecutor handling her case said Ruiz’s family members signed off on a plea deal. After the mother-of-two took the deal, she was sentenced to 180 days in jail but allowed her to serve out half of her jail term in increments of 30 days per year for the next three years.

Although she’s not seen in the released footage, the couple’s three-year-old daughter, Aaliyah, was present as her young parents filmed the video when the shooting occurred. She was there as her mother called 911 as her father laid dying. “We were doing a YouTube video and it went wrong. Please hurry up,” Perez told the 911 dispatcher.

This is ultimately a sad story about our fame-seeking culture and the negative consequences of a society that is so concerned with their presence on social media. People are determined to do literally anything to get their names out there as they seek some form of fame and try to grow a fanbase. But, what is it really achieving? A young man lost his life for a stupid YouTube stunt, and his girlfriend was convicted of killing him. He never got to meet his son. His two kids are fatherless, and their mother will never be the same.

It’s incredibly sad that this young couple thought that the way to get ahead was by resorting to dangerous stunts and filming them for people who won’t care that this young man is gone but rather search for the next internet sensation or viral viodeo to amuse them. Our culture has taken a nose-dive. Unless we bring it back from the brink, we will see more senseless tragedies like this one. It’s time to tell our youth how you really get ahead in life. It’s not by silly or dangerous videos; it’s by hard work. This family of four would have been so much better off if the young mother and father had been taught that lesson before it was too late.