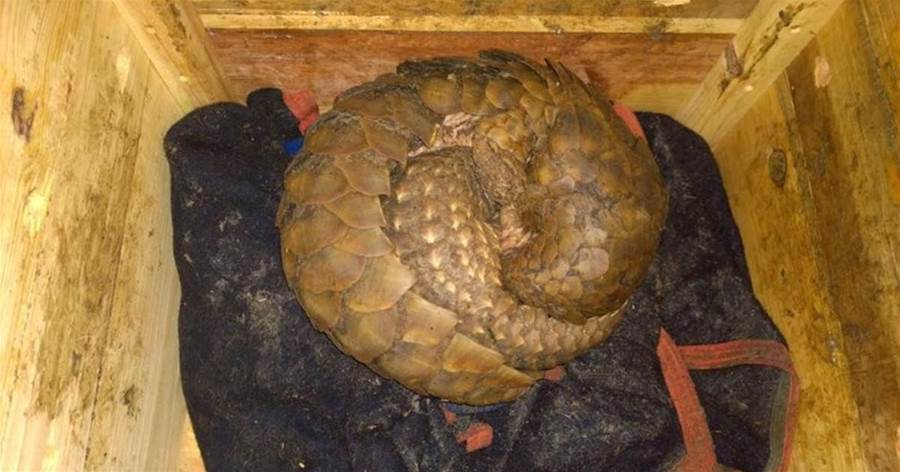 Initially, officials weren’t sure what they were looking at when they peered inside a wooden crate. However, as soon as it dawned on them, their hearts sank. 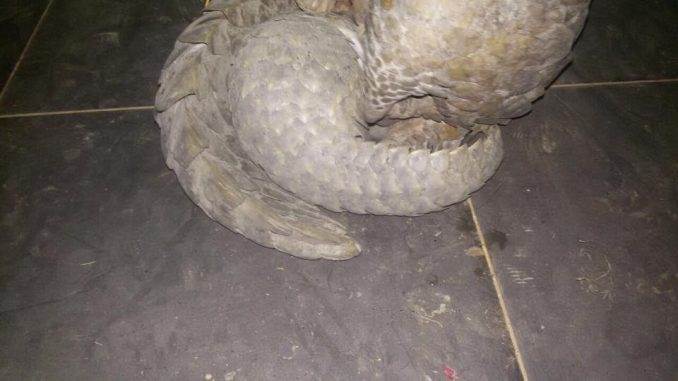 A pangolin mother and her baby (Photo Credit: )

Pangolin — it’s a word most aren’t familiar with. However, after three people were arrested for allegedly capturing and planning to sell a mother and her baby pangolin in Zambia, the critters are getting more attention than ever before, and it’s a good thing.

Pangolins look very interesting since they are scale-covered mammals. They live off insects and are known to be “secretive and nocturnal and characteristically roll up into a ball when threatened,” according to the David Shepherd Wildlife Foundation (DSWF).

Following a week-long search, Zambian authorities located the terrified animals in a wooden box. At first, it was difficult to make out, but soon, they realized the pair was clinging to one another, The Dodo reports. “From the poor condition of the mother and baby, it is thought that they had been in captivity for over two weeks,” Vicky Flynn of the David Shepherd Wildlife Foundation (DSWF) said.

“Well done to The Department of National Parks and Wildlife’s Investigations and Intelligence Unit for the arrest of 3 suspects with 2 live pangolins,” WCP – Wildlife Crime Prevention wrote on their Facebook page. “There is a growing concern with regards to pangolin poaching and trade in Zambia. WCPP work closely to support DNPW to put a stop to the poaching and illegal trade of pangolin. We will keep you updated.” 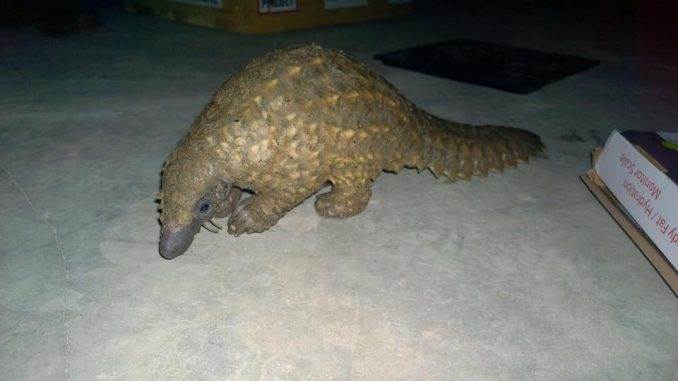 A few days later, they informed their social media fans that the pangolin pair were doing well. “Happy to report both pangolins – mother and baby are doing well so far. Daily their health is improving and they are putting on weight. Well done Department of National Parks and Wildlife,” WCP wrote in a new post with more images of the incredible creatures.

The GRI Wildlife Crime Prevention Project was charged with rehabilitating the animals, which were severely weakened during their time in captivity. Once fully recovered, they plan to release them into the Kafue National Park, the largest national park in Zambia. 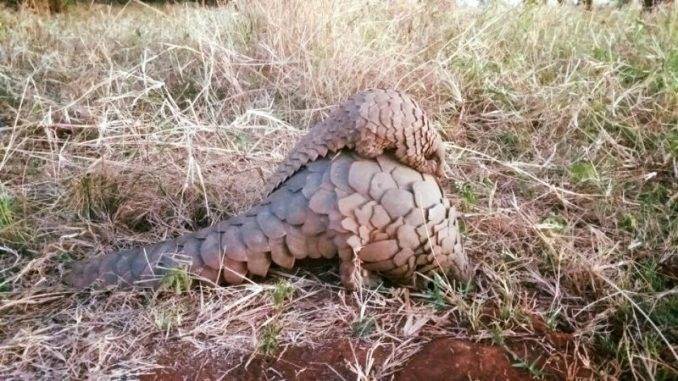 “They seem to be eating, which is a great sign,” Annekim Geerdes of the GRI Wildlife Vet Program said in a statement. “They will be given a chance to rest and eat well again.” Geerdes reportedly takes the nocturnal pangolins out for a walk each night, and they feast on a meal of insects.

Pangolins, which are hunted and sold due to a growing demand for their meat and scales in certain Asian markets, are reportedly the most heavily-trafficked wild mammal in the world, according to Flynn with the DSWF. 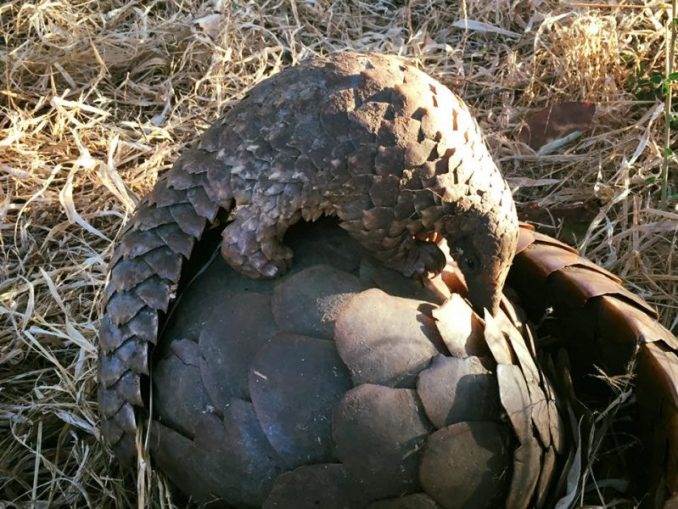 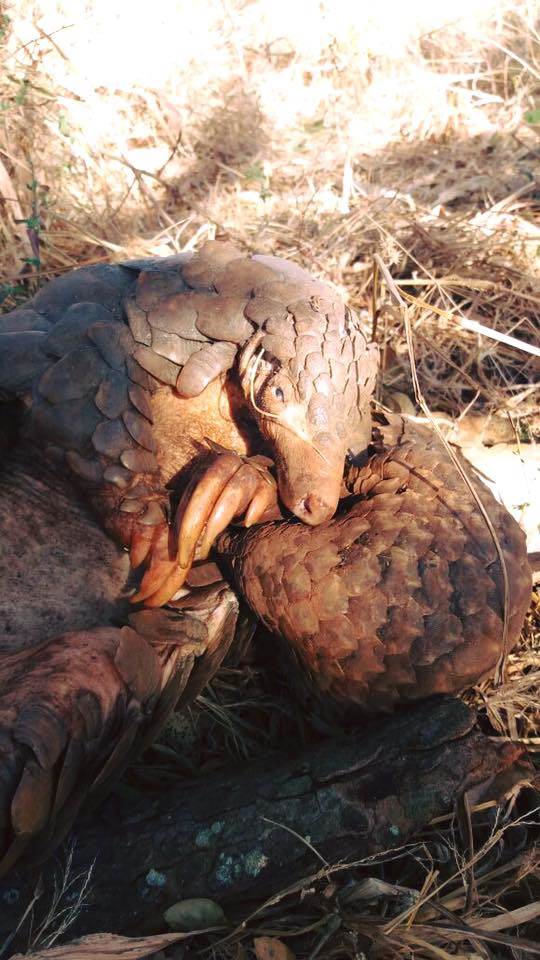 The pangolin mother and her baby (Photo Credit: Facebook)

Up to 233,980 were killed between 2011 and 2013, The Dodo reported, as the pangolin trade reaches epidemic proportions. What’s more, an estimated one million pangolins were traded illegally in the last decade and demands only continue to grow.

According to the Jakarta Globe, around the same time as this mother and baby pangolin were discovered, two people were arrested after trying to smuggle eight critically-endangered pangolins in Medan, North Sumatra. One of those people was reportedly a member of the Indonesian military. 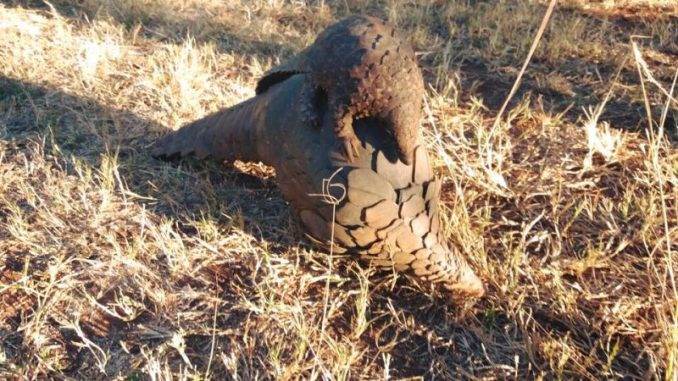 Tulus Hutahuruk, head of law enforcement at the Sumatra Environment and Forestry Authority, indicated that one pangolin goes for about $375 in North Sumatra, Jakarta Globe further reported.

Luckily, this mother and baby were spared a cruel fate. With the advent of social media and pages like WCP – Wildlife Crime Prevention, attention is being brought to animals that suffer a horrible plight, such as the pangolin, which most would never have heard of if it weren’t for the intriguing photos of the interestingly scaled mammals popping up in their newsfeed.